Soft on Pakistan, UN report on Kashmir has discrepancies. The report takes care to mention Pakistan’s denial of every Indian allegation of Islamabad’s tacit complicity, and even its denial of the Jaish-e-Mohammad, which was behind the attack at Pulwama, of operating from Pakistani territory…reports Asian Lite News

The latest UN human rights report on Jammu and Kashmir, slammed by India as a “continuation of the earlier false and motivated narrative”, has several discrepancies that show up on closer reading and contradicts its own picture of J&K as virtually bereft of human rights.

In its second report on Kashmir in 13 months, the Office of the UN High Commissioner for Human Rights (OHCHR) reiterates its accusations about the rising human rights violations and deaths of civilians between May 2018 and April 2019.

The report, released with former Chilean President Michelle Bachelet as the UN Human Rights Commissioner, draws its conclusions on the figures of civilian deaths and situation in the state mainly on the basis of reports by the Jammu and Kashmir Coalition of Civil Society (JKCCS), and dismisses the Ministry of Home Affair’s lower figures on the number of civilians deaths, the number of injured and so on.

While it is critical of the human rights situation in Jammu and Kashmir, and terms the Armed Forces Special Powers Act as a key obstacle to accountability and the prosecution of armed forces personnel, on the other hand, it states clearly that the “quantity and quality of information available” on Jammu and Kashmir “contrasts significantly” to that available in Pakistan-occupied Kashmir.

On the Indian side, it notes: “Despite significant challenges, NGOs, human rights defenders and journalists are able to operate, generating documentation on the ongoing human rights violations there.”

However, in Pakistan-occupied Kashmir, “restrictions on the freedoms of expression, opinion, peaceful assembly and association” as well as in Gilgit-Baltistan “have limited the ability of observers, including OHCHR, to assess the human rights situation there”.

It quotes the JKCCS to say that “around 160 civilians were killed in 2018, which is believed to be the highest number in over one decade”. It noted that the Union Ministry for Home Affairs claimed lower figures of “only 37 civilian” deaths.

While it is critical of the Indian security personnel, and points out that “no security forces personnel accused of torture or other forms of degrading and inhuman treatment have been prosecuted in a civilian court”, on the issue of “Abuses by Armed Groups” or by militants, it makes no comment.

It dismisses, in a single clinical sentence, the brutal killing on March 22 this year of 12-year-old Aatif Mir, who was held hostage by Lashkar-e-Taiba terrorists in Bandipora and subsequently killed.

Mir had applied for admission in Sainik School and Kendriya Vidyalaya and was keen to go to boarding school. The militants, who held him hostage during a gunfight, refused to let him go despite pleading by his mother and village seniors to release the boy. Kashmiris had condemned the killing of the boy by the terrorists, who, according to reports, had wanted to sexually abuse his sister, who had been helped to escape by the family.

On the militant groups threatening Kashmiris against participating in panchayat elections, which are the backbone of democracy and mark the grassroots participation of the people in governance, the report did not make any adverse comment against the threats or killings by the militant groups.

Its description of the Pulwama suicide bombing, that killed 40 Indian security personnel and brought India and Pakistan to the brink of an armed conflict, was equally clinical and non-committal. It does not mention the number of CRPF personnel killed in the initial part, but does so later down in an update.

The report takes care to mention Pakistan’s denial of every Indian allegation of Islamabad’s tacit complicity, and even its denial of the Jaish-e-Mohammad, which was behind the attack, of operating from Pakistani territory.

On Pakistan-occupied Kashmir, the OHCHR in its report highlights that the Interim Constitution “places several restrictions on anyone criticizing the region’s accession to Pakistan, in contravention of Pakistan’s commitments to uphold the rights to freedoms of expression and opinion, assembly and association”.

The amended Interim Constitution of 2018 has retained the clause, and the electoral law continues to disqualify anyone running for elected office who does not sign a declaration agreeing to the “State’s Accession to Pakistan”. 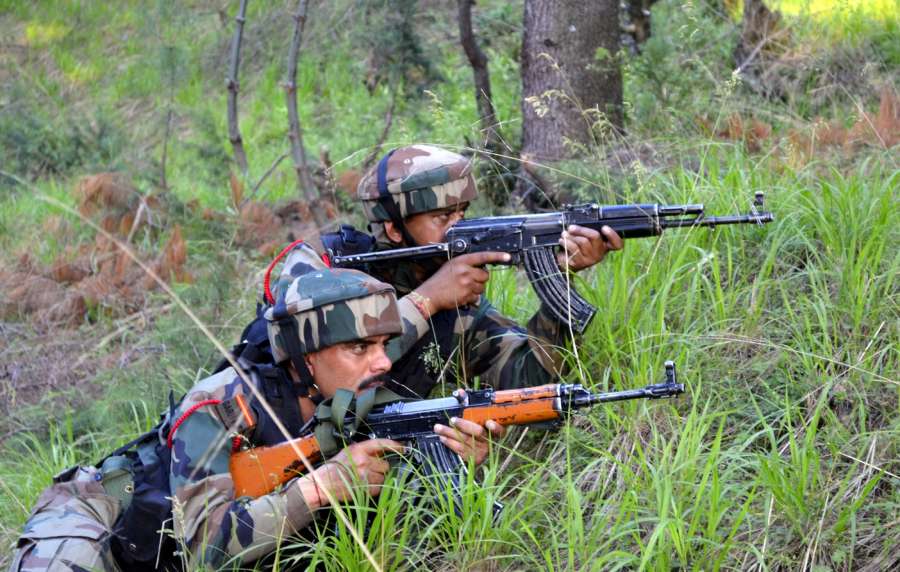 In Gilgit-Baltistan too, similar provisions exist that restrict the rights to freedoms of expression and opinion, assembly and association. “Members of nationalist and pro-independence political parties there claim that they regularly face threats, intimidation and even arrests for their political activities from local authorities or intelligence agencies,” it says

It says journalists “continue to face threats and harassment in the course of carrying out their professional duties”. On the issue of enforced disappearances in the area, it says the OHCHR has received credible information of enforced disappearances of people, including those who were held in secret detention and those whose fate and whereabouts continue to remain unknown.

On its method to obtain information, it says the information used in the report “is available in the public domain, some of which was obtained by various parties in India through the Right to Information Act, and also reflects the findings of research and monitoring carried out by local, national and international non-governmental organisations (NGOs) and human rights defenders. Wherever possible, OHCHR has used official documents and statements, such as Parliamentary questions, court orders, and police reports”.

It says the OHCHR conducted a small number of confidential interviews to obtain or corroborate information and for expert opinions.

It also says that since OHCHR has been denied access to Jammu and Kashmir, “it was not possible to directly verify allegations”.

“OHCHR bases its factual findings on the ‘reasonable grounds’ standard of proof. This standard is met when a reliable body of information, consistent with other material, based on which a reasonable and ordinarily prudent person would have reason to believe that an incident or pattern of conduct had occurred,” it says.