Despite tasting defeat against Australia and Sri Lanka, the Team is showing match-winning capabilities. All credit goes to Amul – the official sponsor of the Afghanistan Cricket team for ICC World Cup 2019. The Indian dairy major is providing all amenities to the Afghan team to regain its fighting spirit. Amul’s logo is visible on the jerseys as well as on the training kits of the Afghan team….writes Kaliph Anaz

County Ground in Taunton in England is preparing to host the next game of Kabulis, the friendly Afghan team under the leadership of Gulbadin Naib, on Saturday, 8th June. They will meet mighty New Zealand. Their opening games were not remarkable enough to get entry into ICC history. But the Afghans are showing their might. They are flexing their muscles. After all an Indian food giant is sponsoring the Team during this season.

Despite tasting defeat against Australia and Sri Lanka, the Team is showing match-winning capabilities. All credit goes to Amul – the official sponsor of the Afghanistan Cricket team for ICC World Cup 2019. Amul’s logo is visible on the jerseys as well as on the training kits of the Afghan team.

Amul’s sponsorship to the Afghan national team indicates India’s friendly ties with the landlocked nation. The private sector is also keen to rebuild the war-ravaged country. Indian factor is now visible in major developmental projects across the country. Indian stamp is visible in most of the educational and sports projects. An Indian food major’s support to the national cricket team is just icing on the cake.

“Amul and Afghanistan share an old association,” said Dr. RS Sodhi, MD of Gujarat Cooperative Milk Marketing Federation Ltd (Amul). “Khan Abdul Ghaffar Khan, popularly known as Frontier Gandhi had visited Amul in 1969 and had met Dr. V Kurien and studied the activities of our dairy cooperative. We are excited about being associated with Afghanistan Cricket for the first time and Amul is hopeful that this team, rated as the fastest growing team in International cricket, will deliver outstanding performance in the World Cup.”

Several delegations of women milk producers from Afghanistan have visited Amul to get a first-hand experience of the co-operative giant. Amul is a strong model of rural upliftment and women empowerment which has been recognised by the people of Afghanistan. Amul is also exporting its milk powders and baby food to Afghanistan since last two decades.

“We are extremely happy that Amul is sponsoring us for the World Cup,” said Asadullah Khan, CEO of Afghanistan Cricket Board. “This is the first time we will play in the World Cup as a full member and we hope to do well.”

The war-ravaged country is on track to regain its pace despite threats from Pakistan. The Pak Army’s proxy war in Afghanistan is claiming innocent lives and disrupting normalcy. Pakistan is using the Taliban card to push for leniency on economic aid. The US is also playing to the tunes hoping that remote Prime Minister Imran Khan will grab the bait.

The Pak army knows that it can keep the pot boiling in Afghanistan for as long as they want while keeping the US guessing. That is what the Pakistani ISI is doing today to ensure that the Taliban is in power in Afghanistan tomorrow. The peace talks at various Middle Eastern locations and releasing powerful Taliban leaders are just part of the game. But the international community is well aware of the shady deals of Pakistan. The talks in Doha, Abu Dhabi, and Russia are just media circus to show the world that there is some initiative to pursue peace. Peace and the Taliban are like oil and water. It will never mix or stay together.

India is keen on Afghanistan’s development in key sectors, especially education and health. The lack of amenities will prompt the new generation to wander around and will become fodder balls to militancy.

In retaliation to President Donald Trump’s comment on Indian role in Afghanistan’s development, the Twitterati brigade displays a list of projects in Afghanistan supported by India.

India has helped Afghanistan in a number of ways ever since the Taliban were pushed out of power in 2001. The list includes:  the building of Afghanistan’s Parliament in Kabul; the restoration of the Stor palace in the same city; rebuilding of the Habibia High School in Kabul; the reconstruction of the Salma dam aka Afghan-India Friendship Dam; the Indira Gandhi Institute for Child Health/Indira Gandhi Children’s Hospital in Kabul; the Afghan National Agriculture Sciences and Technology University (ANASTU) in Kandahar; constructing the Chimtala power substation in Kabul; building the cricket stadium in Kandahar; expanding the national television network.

The list will go on, if we take account of hundreds of smaller, less visible and harder to trace projects, including community development ones. The completed ones include dozens of schools and basic health clinics. Moreover, construction is only part of the cooperation. New Delhi has also gifted hundreds of buses for the Kabul transportation system; 285 military vehicles for the Afghan National Army; Mi-25 and Mi-35 choppers for the air force; 10 ambulances for public hospitals in five cities; Airbus aircraft for the national airlines and materials for substations and a transmission line in the Faryab province.

India is also providing funds to an Afghan Red Crescent Society program; free medicine and medical consultations in its medical missions in five Afghan cities; Afghan public institutions with technical advisers; training for Afghan public servants including policemen; soldiers; hundreds of scholarships for Afghan students; vocational courses for Afghan youth; Afghan women; and tele-education courses. New Delhi even lets Afghanistan’s national cricket team use a stadium in Dehradun as its home ground to hone its skills prior to the World Cup.

India wants a stable and powerful Afghanistan, which marvels in every sector of development. By showing the true spirit of friendship, India has become Afghanistan’s best friend in the region. A friend in need is a friend indeed. 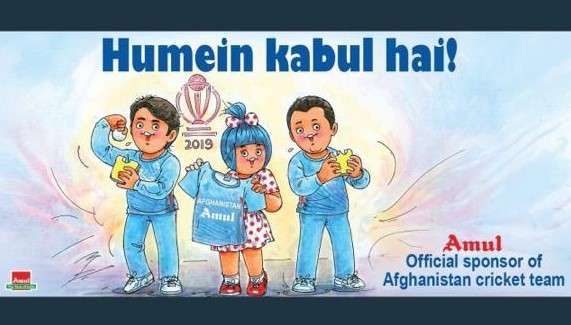