Attempts at mainstreaming Kashmiri militancy and thought process to the national consciousness have been made sporadically and sometimes successfully, but Indian agencies have been alive to them. The one thing that Indian deep state is fully aware of is that Pakistan will remain Janus faced and duplicitous and never ever to be trusted.  Sandeep Bansai on South Asia’s terror trail writes on how India buried the domestic terror time capsule? 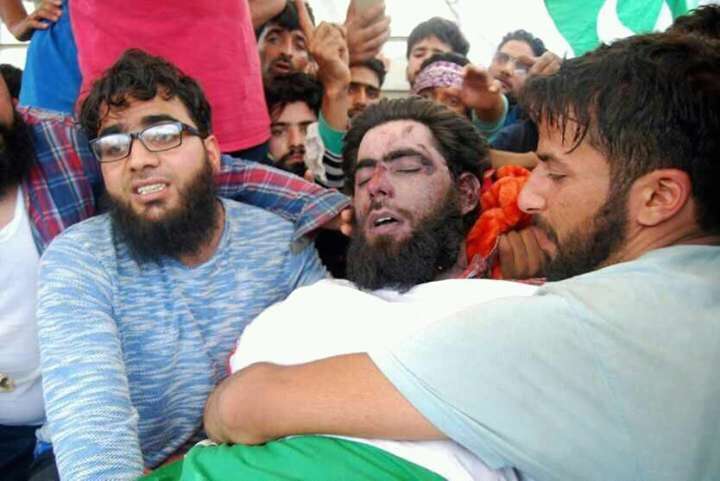 When there is only one bullet in the chamber, you don’t want to expend it needlessly, you want to ensure that you claim a victim with it. Indian deep state has been behind the eight ball for a long time in quelling terror, but 26/11 metamorphosed it and since then it has strong-armed the terror modules in a stone cold manner, enjoying win after win as documented by the earlier three parts of this series. Barring Kashmir Valley, where it continues to grapple with local and proxy Fidayeen and Mujhaidheen, it has pretty much bottled up the terror genie in the rest of the country and impressively enough made gains across the immediate neighbourhood.

Intelligence bloodhounds have busted linkages between Pakistan and Sri Lanka, Pakistan and southern India and Pakistan and Bangladesh. All the zealots have been buried in time capsules, hopefully never to return. The challenge, however, remains because the danger is clear and present.

Attempts at mainstreaming Kashmiri militancy and thought process to the national consciousness have been made sporadically and sometimes successfully, but agencies have been alive to them. The one thing that Indian deep state is fully aware of is that Pakistan will remain Janus faced and duplicitous and never ever to be trusted.

So while they display a sense of victimhood over domestic terror, the reality the world has come to realise that this narrative is a chimera. As a haven for alleged non-state actors fully backed by the military-ISI-jihadi establishment, Pakistan simply is a toxic and rogue state. Elements nurtured and supported by the ISI C Wing-jihad complex now have a free run within and outside Pakistan.

In many ways the Frankenstein that they created has come back to haunt them like Banquo’s ghost did to Macbeth in the Bard’s much acclaimed theatrical gargantuan. By creating Lashkar-e-Jhangvi (LeJ) and Tehrik e Taliban Pakistan (TTP) and unleashing them to foment terror in FATA since 2007, what started out was as a B Team for the Afghan Taliban has pushed pure political Islam theology and ideology across Pakistan.

The LeJ has claimed responsibility for various mass-casualty attacks against the Shias in Pakistan, including multiple bombings that killed over 200 Hazara Shias in Quetta in 2013. It has also been linked to the Mominpura graveyard attack in 1998, the dramatic abduction and slaying of Daniel Pearl in 2002, and the spectacular attack on the Sri Lanka cricket team in Lahore in 2009 using the now signature buddy-pairs attack teams.

Playing victim, Pakistan’s polity has portrayed the LeJ as one of the country’s most virulent terror outfits. Tehrik-i-Taliban, alternatively referred to as the Taliban, is a radical extremist armed group which is an umbrella organisation of various militant groups based on Afghan side of the Durand line. Most Taliban groups in Pakistan coalesce under the TTP.

In December 2007 about 13 groups united under the leadership of Baitullah Mehsud to form the Tehrik-i-Taliban. Among the Tehrik-i-Taliban’s stated objectives are resistance against the Pakistani state. The TTP aim is overthrow government of Pakistan by waging a terrorist campaign against the Pakistan armed forces and the state. The TTP depends on tribal belt along the Afghanistan-Pakistan border to draw its recruits. The TTP drew ideological guidance from Al Qaeeda.

‘Foreign Affairs’ explained the phenomenon: The Federally Administered Tribal Areas (FATA) – South Waziristan and North Waziristan — a 10,500-square-mile strip of land wedged between Afghanistan and the Pakistani province of Khyber Pakhtunkhwa is governed not by Pakistani law but a century-old set of regulations that leave the enforcement of law and order to locals…What has enabled Pakhtunwali to flourish is a 1901 law called the Frontiers Crimes Regulations (FCR) that governs FATA. Its original title, when enacted by British colonial officers, was the “Frontier Murderous Outrages Regulations.”

It is the equivalent of the lawless Wild West or western UP’s badlands and during Raeel Sharif’s time as Pakistan Army Chief, a brutal push-back was planned with Operation Khyber 1 and 2 to neutralise the menace of Pakistani Islamists. In July 2015, ‘Dawn’ reported: The military has successfully brought to a close a massive offensive in Khyber tribal region, effectively flushing out militants and blocking their crossing points on borders with Afghanistan.

But, the officials said questions remained whether the military gains in the plains of Bara and upper reaches of Tirah valley could be sustained over a long period in the absence of administrative and auxiliary support systems. The military formally brought Operation Khyber-2 (after Khyber 1) to a close on June 15, 2015, significantly enough, on the first anniversary of Operation Zarb-i-Azb in North Waziristan.

Four days later, Army Chief Gen Raheel Sharif visited the troops in Tirah to take stock of the military offensive and the gains made in the nearly three-and-a-half month long operation. Knowledgeable sources told ‘Dawn’ that the military had gained control of strategically important areas, depriving Tehreek-i-Taliban Pakistan and Lashkar-i-Islam of space in one of their toughest strongholds in the tribal regions.

The military, the sources said, had also taken physical control of the three passes from Afghanistan into Tirah – Mzatal, Kandao Gharibi and Dramudrad situated at 7,300 to 9,300 feet altitude above the sea level. Two of the passes have been physically taken over by the military, while the third is under direct fire power, thus putting an end to any movement through that pass.

But the success did not come easily. The military lost more than 50 men, including officers, in the second phase of Operation Khyber, while another 100 or so were wounded. While the Pakistan Army has been raining hell on the TTK and LeJ to rein them with successive operations, it is impossible to have a cogent counter-insurgency doctrine in a nation where jihad has become a way of life.

India has to remain vigilant at all times. Zarb-e-Azb was followed by Operation Radd-ul-Fassad which began in February 2017, following a resurgence in terrorist incidents. The operation entailed the conduct of Broad Spectrum Security (Counter Terrorism) operations by Rangers in Punjab, continuation of ongoing operations across the country and focus on more effective border security management.

Countrywide disarmament and explosive control were also given as additional objectives of the operation. The National Action Plan was pursued as the hallmark of this operation. Further, given the nature of the beast unleashed against India and the brutalised psyche of Pakistan which wants revenge for the vivisection of Pakistan in 1971, the Kashmir pot will continue to be stirred. India cannot sit on its haunches, it has to be watchful at all times.

Indian deep state is now priding itself for its human intelligence across the country and immediate neighbourhood. In fact such is its efficacy that in 2014, a group of Sikh extremists who were undergoing training in Thailand under the aegis of LeT at a Rohingyas camp were shut down by a Thai counter-terrorism team with inputs from New Delhi.

Close cooperation and information sharing with several countries is resulting in these wins. The swoopdown by the Thais at the Rohingya camp led to arrest of Jagtar Singh Tara and Harminder Singh Mintoo. Last year, Tara, who is undergoing life imprisonment till death for the assassination of former Punjab chief minister Beant Singh, expressed threat for his life in Burail jail, Chandigarh. Tara said this while expressing doubt over the death of Khalistan Liberation Force chief Harminder Singh Mintoo who died of cardiac arrest in Patiala Central Jail. Three others had been sent back by the Thais, including Bathinda resident Ramandeep Singh, alias Sunny, who was arrested in November 2014 with a handmade bomb and explosives.

Ramandeep was allegedly provided training by Pakistan’s Inter Services Intelligence in Bangkok and Malaysia as he was in touch with Tara who was absconding at that time and was arrested later. Authorities in Thailand arrested Babbar Khalsa International (BKI) militant, Gurmeet Singh alias Jagtar Singh Tara, convicted for his involvement in the 1995 assassination of former Punjab Chief Minister Beant Singh.

Tara, who escaped from Chandigarh’s Burail Jail, entered Thailand in October 2014 and was arrested in the eastern province of Chonburi at a Rohingya camp. The tip-off came from Punjab intelligence which reported ISI-trained Khalistani terrorists in Thailand (2014) were planning to launch strikes in India.

One of the things that Indian Prime Minister Narendra Modi doesn’t get adequate credit for the Indian diplomatic encirclement of Pakistan by cutting off the intellectual and monetary feed stock from the Middle East. The prime minister in conjunction with National Security Advisor Ajit Doval and the Ministry of External Affairs has systematically suffocated Pakistan by cutting the umbilical cord from its erstwhile theological supporters and purveyors of Wahhabi Salafisim.