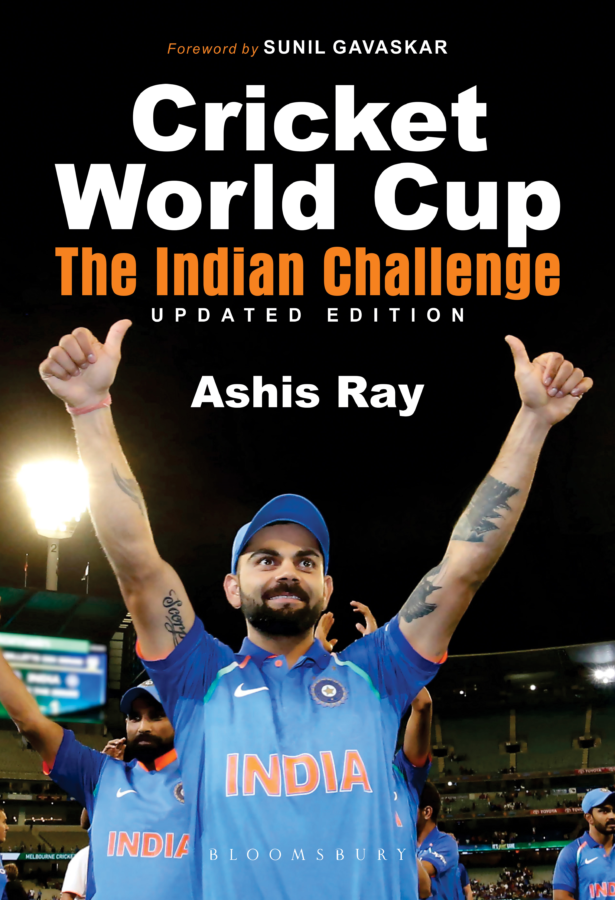 As England gears up to meet South Africa at The Oval on Thursday, the chief executive of the England & Wales Cricket Board, Tom Harrison, officially unveiled Cricket World Cup: The Indian Challenge, a book on the history of the Cricket World Cup from an Indian perspective by veteran broadcaster and writer Ashis Ray.

This is Ray’s fourth book and is published by Bloomsbury.

The event took place at the annual summit of the UK-based India Business Group at the Institute of Directors in London. Speaking at the function, Harrison said: “I am much looking forward to reading the book.”

Asked to elaborate on his effort, Ray requested the audience to read it, but remarked “it will be a tale of two world cups” as climatic conditions could be different between the first and the second half of the competition.

The book is available internationally online and at bookstores.

Cricket World Cup: The Indian Challenge is a riveting read for a cricket lover, especially for an India fan. A remarkable, eye-witness history of the Cricket World Cup from an Indian perspective the book details the little-known story of India’s turning point in one-day cricket in Guyana, when Kapil Dev’s team in March 1983 beat the previously unassailable West Indies in their backyard. It also reminds readers of the tremor that was felt in the cricketing world when India repeated the success at Manchester in the World Cup 10 weeks later, before defeating the same side in the final two weeks later.

It relives India’s forgotten triumph in the 1985 World Championship and the rekindling of hope when Sourav Ganguly’s team finished as runners-up in the 2003 World Cup. The book further depicts how MS Dhoni planned victory, together with Sachin Tendulkar inspiring Yuvraj Singh to perform at his best, in the 2011 tournament.

The book is embellished by illuminating reports and scores on each India match and every semi-final and final in the World Cup involving all sides since its inception. Finally, it discusses prospects in the 2019 World Cup.

The book’s highlights include:

*A complete history of India in the World Cup.

* Description of the winning performances of Australia, West Indies, Pakistan and Sri Lanka

* Recognition of individual brilliances of players from all countries

* The tale of India, once apathetic to one-day cricket, becoming a powerhouse

*A one-stop reference to scores of every India match, semi-final and final

Born in Vienna and educated in Darjeeling and Kolkata, he was the only Asian ball-by-ball commentator on BBC’s coverage of the 1983 World Cup, in which India famously upset the then invincible West Indies to lift the trophy. He has also analysed or commentated on cricket on ABC Australia, Sky Sports UK, SONY Asia, CBC Caribbean and Doordarshan India. He has written on the game for every major British and Indian newspaper as well and lectured on it at the University of Oxford.

His home entertainment video, Great Moments of Indian Cricket 1932-86, released by HMV and Virgin in 1987, became an international bestseller and is today recognised as a classic. His 2008 documentary, 1983: India’s World Cup, released on television in various countries, was shortlisted for a BAFTA nomination.