During the July 14 second round of talks at Wagah on the Kartarpur corridor, the Indian side handed over a 23-page dossier to the Pakistani side that detailed how pro-Khalistani elements had burnt the Indian flag and hurt sentiments of Indian Sikh pilgrims.

In the dossier, India shared details of such pro-Khalistani propaganda that Indian pilgrims were subjected to between 2016 and 2019 and efforts to arouse anti-India sentiments among the pilgrims. Sikh jathas visit major gurdwaras in Pakistan during four major festivals under a 1974 bilateral protocol to visit religious shrines.

During the July 14 talks Pakistan assured the Indian delegation that “no anti-India activity would be allowed”. 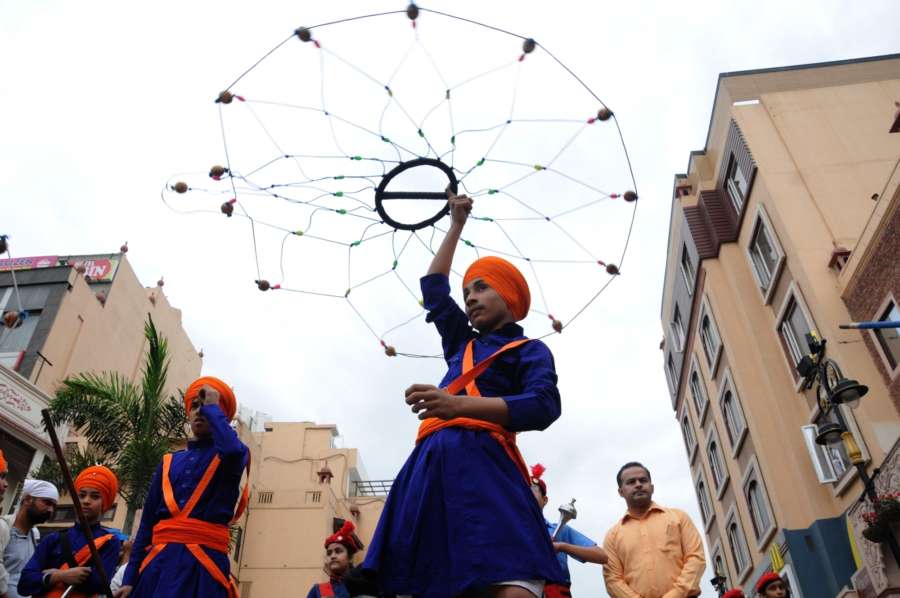 The second round of talks were earlier set to be held on April 2, but were postponed after India voiced concerns over the presence of separatist Khalistani members, especially Gopal Singh Chawla, in the Pakistan Sikh Gurdwara Parbandhak Committee (PSGPC).

Ahead of the talks, Pakistan reconstituted the 10-member PSGPC, removing Chawla’s name. But it included the name of another pro-Khalistani leader Ameer Singh in the panel.

India on July 10 also banned the foreign-based pro-Khalistan group Sikhs For Justice (SFJ) for supporting militancy and secessionism in Punjab.

In the dossier, India had included a picture of Chawla burning the Indian tricolour on the cover page, and also a picture of his meeting with Mumbai attacks mastermind and Lashkar-e-Taiba founder Hafiz Saeed.

It also listed how in April, Chawla in the presence of Indian pilgrims had raised the demand of “liberation” of Punjab and Jammu and Kashmir from India during a function at Gurdwara Panja Sahib in Pakistan’s Attock district and even advocated violent means to achieve it.

He also asked Indian Sikhs to revolt against the decision of the Supreme Court on Interstate Water Agreement involving Punjab.

India listed how in 2016, during Guru Nanak’s birthday celebrations in that November, a Pakistani Minister in his address at the Gurdwara Nankana Sahib, eulogised Kashmiri militant Burhan Wani and alleged that Sikhs and Kashmiris are treated like “slaves” in India.

India detailed how a large part of the anti-India and separatist propaganda was perpetuated during the religious functions organised by Pakistan’s Evacuee Trust Property Board.

India also cited the example of Jagroop Singh alias Rupa, who during his visit to Pakistan in November 2016 as part of a jatha, was imparted arms training by fugitive Sikh militants Lakhbir Singh Rode and Harmeet Singh to carry out terror attacks in India.

The dossier listed how Sikh separatists from abroad were using the religious gatherings to push pro-Khalistani propaganda. It cited how in April 2017, UK-based pro-Khalistani Manmohan Singh Bajaj while addressing pilgrims during the ‘Baisakhi jatha raised pro-Khalistan slogans and stated he was fighting for the cause of Khalistan at the Gurdwara Panja Sahib in Pakistan.

Posters calling for ‘Sikh Referendum-2020 Khalistan’, ‘Get Ready For Referendum 2020′ and ‘Referendum 2020′ were openly displayed by the separatists, along with photos of Bhindranwale at the gurdwaras.

The separatists were allowed to use the Gurdwara Nankana Sahib for pro-Khalistani propaganda in November last year and earlier too. The jatha was addressed by radical Sikh separatists like Avtar Singh Sanghera, Manmohan Singh Bajaj, Tara Singh, Joga Singh, Satinder Pal Singh and Gopal Singh Chawla.