The cricket World Cup in England has reached its final countdown. Australia, India, England and New Zealand have emerged victorious from the group stage to reach the semi-finals. None of these sides have a clean and unblemished record and that is precisely why predicting a winner is truly foolhardy.

Pakistan got their act together very late in the tournament, whereas Bangladesh impressed with the way they played against most of their opponents. Shakib Al Hasan, their all-rounder, has been the player of the World Cup thus far and the young Bangladesh team is developing into a very potent unit.

For Afghanistan, their participation at the highest stage of world cricket will give them immense experience and with their talented pool of players, a bit more exposure against the best will only make them better.

South Africa, Sri Lanka and West Indies were disappointing. All the three of them were potential semi-finalists but they lacked tactic and discipline. They will now need to go back to the drawing board to chart out their way ahead.

Australia, the present cup holders and the most successful side in the World Cup’s history, look like a very professional unit. Their top order batters are in good form but they have shown weakness in their middle and lower order batting. Their wicketkeeper-batsman Alex Carey is the only shining light at present and with Glenn Maxwell struggling to find form, Australia rely heavily on their top four to get them to a respectable total. Their strength lies in their fast bowling and their aggressive and positive approach to the game. Captain Aaron Finch is batting well and with David Warner, Steve Smith and the underrated Usman Khawaja to support him, they look like a formidable unit.

England must be breathing a sigh of relief. The hosts and the tournament favourites were on the verge of being knocked out in the group stage. They looked like the best all-round side on paper before the tournament began and in the initial stages, but with a few big losses, they went completely into disarray. A convincing win against India and then demolishing New Zealand to qualify has given the English side just the right momentum and confidence to make them feel like a giant killer. They have a very strong batting and bowling unit that, when in unison, can be very destructive. Funnily, their fortune changed once their opener Jason Roy came back into the side from his injury. Roy and Jonny Bairstow now look the most fearsome opening pair in the tournament. Joe Root gives them just the right balance for all their other batters to make merry thereafter. England will most likely play India in their semifinal encounter and having beaten them quite convincingly, especially when they were on the verge of being knocked out, they will definitely be in a good frame of mind ahead of the encounter.

New Zealand, have been the most consistent performing side in all the 44 years of World Cup history. Unfortunately, they have never won the coveted trophy. They were runners-up in 2015 after losing to Australia in the final and will most probably face them again in the semi-final this year. New Zealand started the tournament in fine fettle, but their loss against India and England in their last two matches must have dented their confidence significantly. Although they have a very capable bowling side, their batting depends entirely on their captain Kane Williamson and Ross Taylor. In order for them to win, their other batters need to come to the party or else they will struggle to progress.

India, with just one hiccup against England, moved quite fluently into the semi-final stage. They too look to be a side which is completely reliant on the top three batters, who fortunately for them have delivered consistently. Both Rohit Sharma with four centuries under his belt and captain Virat Kohli have been magnificent in ensuring the team reaches a good score. Their success has still not tested the weak middle and lower order batters. India, even after the nine games have not been able to stabilize their batting order. This could be a very worrying factor, especially in the knockout stage, as teams by then are quite settled and structured.

Rishabh Pant has captured the number four position, but his technique, as well as that of Dinesh Karthik and Hardik Pandya’s against the ball leaving them outside the off-stump is a bit of a worry. Former captain MS Dhoni has kept the tail wagging only by his experience and smartness. His tactics at times, have been difficult to understand. One gets the feeling that as the wise old man of the team, it is his responsibility to carry his teammates and the side on his shoulders. He needs to execute his skills with an open and carefree mind and play without the unnecessary burden that he seems to have put on himself. An aggressive Dhoni is far better than a subdued and calculative one. 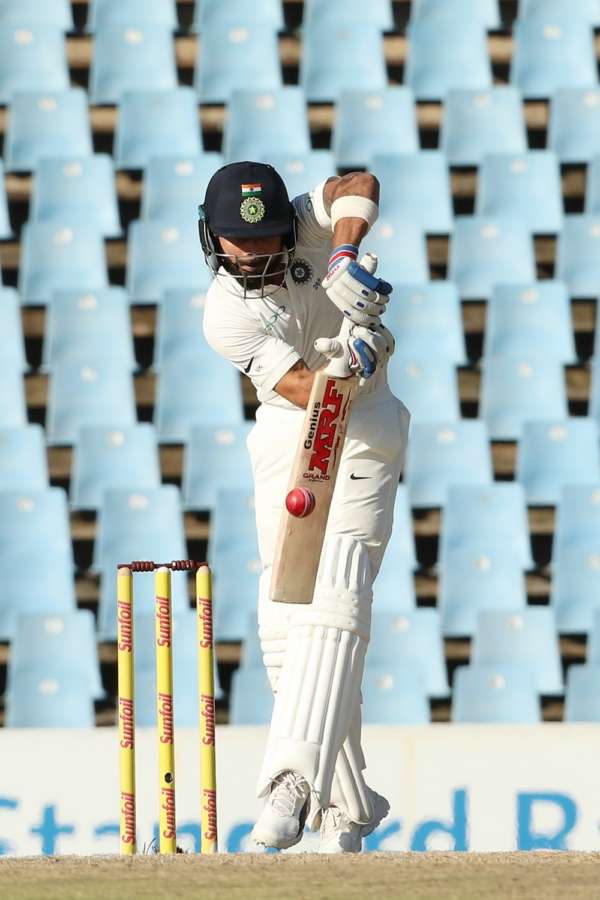 The wickets in the last stages, one hopes, are newly laid, fresh and lively strips. The use of played-on wickets has been an area of concern and criticism during the group matches. In the second innings it becomes very slow, making stroke-play that much more difficult.

India have three gold coins in their side. The best batter, Rohit Sharma and the best bowler in Jasprit Bumrah along with the most dynamic player in Virat Kohli. Rated as the number one side in the world, they do at present look like the “Lord of the Jungle”.