The Indian space agency officials said they would supply the required images for various agencies. It is for the user agency to decide on the image use.

The images captured by the satellite can also be used for surveillance purposes while ISRO is silent on this aspect.

He said ISRO has planned 13 missions during this fiscal — six launch vehicle missions and 7 satellite missions before March 2020.

At about 9.28 a.m. the rocket Polar Satellite Launch Vehicle-XL (PSLV-XL) standing around 44.4 metres tall and weighing about 320 ton with a one-way ticket hurtled itself towards the skies ferrying Cartosat-3.

Sharing the ride with Cartosat-3 were 13 nano satellites from the USA for an undisclosed fee to be paid to NewSpace India Ltd — the new commercial arm of ISRO.

With the fierce orange flame at its tail further brightening up the morning skies, the rocket slowly gathered speed and went up and up enthralling the people at the rocket port while the rocket’s engine noise like a rolling thunder adding to the thrill.

About 17 minutes into the flight the rocket ejected Cartosat-3 into an orbit of 509 km at an inclination of 97.5 degrees. 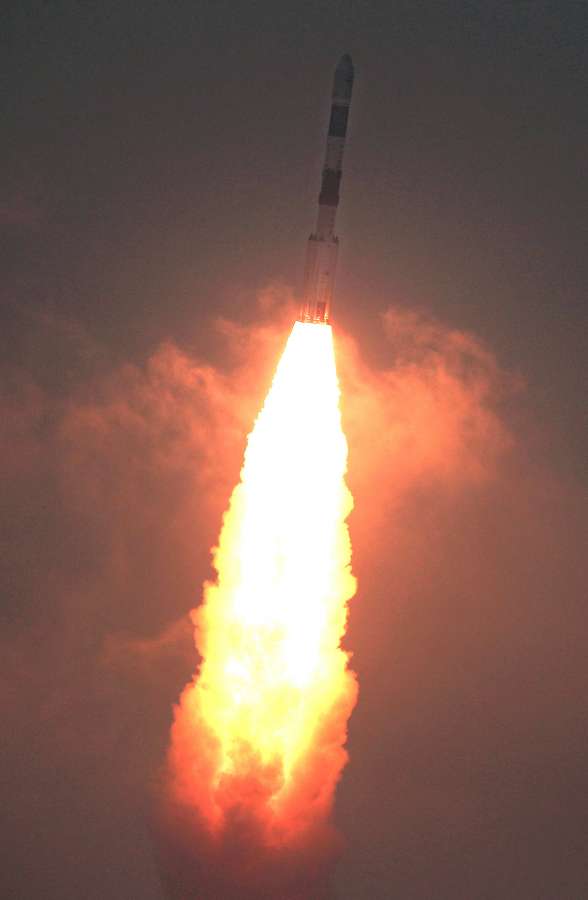 Soon after, the first of the American nano satellites was put into orbit. The final nano satellite was ejected into its intended orbit at about 27 minutes from the rocket’s lift-off.

According to ISRO, 12 of the US nano satellites are named as FLOCK-4P are earth observation satellites and the 13th is called MESHBED, a communication test bed satellite.

The PSLV-XL is a four stage/engine expendable rocket powered by solid and liquid fuels alternatively. The rocket has six strap-on booster motors to give additional thrust during the initial flight stages.

The launch success comes as a soothing agent for ISRO after its high profile moon lander Vikram crashed into the lunar surface on September 7, 2019.