After a Kashmiri Pandit woman lashed out at Vidhu Vinod Chopra at the screening of his latest release “Shikara”, the filmmaker has reacted over the incident. Chopra told that his film is not a documentary but an epic tale of a Kashmiri Pandit couple, and their tribulations, set against the backdrop of the Kashmiri Pandit exodus from the Kashmir Valley in 1990… reports Asian Lite News

“We respect everyone’s view. Let me also place on record that we have done several screenings and in every screening we have received a warm response and standing ovations. Several Kashmiri Hindus have told us that it accurately portrays their story. Our film is not a documentary but an epic tale of a Kashmiri pandit couple and their trails and tribulations in the backdrop of Kashmiri pandit exodus,” Chopra said.

He added: “It is primarily based on Rahul Pandita’s book “Our Moon has blood cloths”, several years of research and my own life as a Kashmiri hindu. It has taken me 11 years to make this film, I would urge people to watch the film and then decide for themselves.” 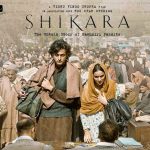 On Friday, a Kashmiri Pandit woman had lashed out at Chopra during a screening of “Shikara”. The director had turned out at the screening to get a firsthand public review of his film.

A video that has gone viral shows the woman screaming at Chopra, accusing him of “commercialising” the entire issue of Kashmiri Pandit exodus, adding that he did not portray the true suffering of the community — including genocide, mass rapes and murders committed by Islamic radical groups — in his film.

She said: “Ye aapka commercialism aapko mubarakh ho (congratulations to you for your commercialism). As a Kashmiri Pandit, I disown your film. I disown it.”

Chopra was heard saying to the audience: “Har sachai ke do pehlu hote hain (every truth has two sides).”

The film is set against the backdrop of the Kashmiri Pandit exodus from the Kashmir Valley in late 1989 and early 1990, in the wake of violent Islamist insurgency.