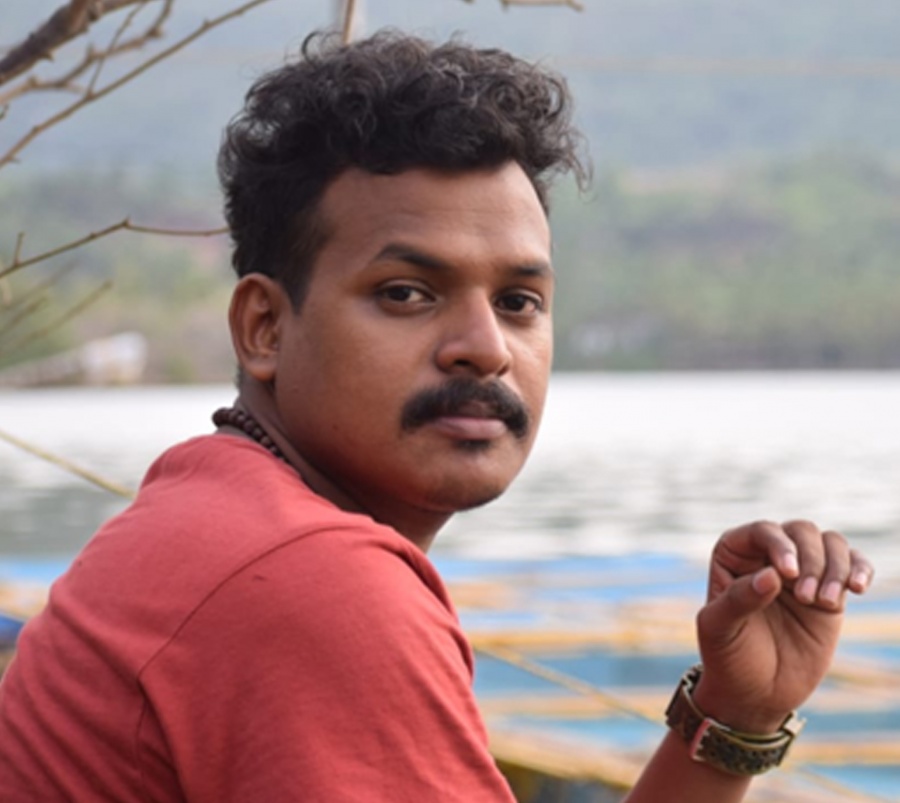 Kerala-based artist Rejeesh Sarovar will present a solo art exhibition- “In between soil, Mans and Myth” that portrays the artists’ observations of the quest of his life with its surroundings and his experiences.

His search for human lives and their aptitudes had taken him to the very roots of man’s biological relationship with earth and soil. Such entanglements are intertwined in such a way that it could be traced back to the backyards of his own culture. His works are influenced by his roots in northern Kerala surviving on agriculture and fishing. Like any culture of the world, a society of superstitions does exist here. 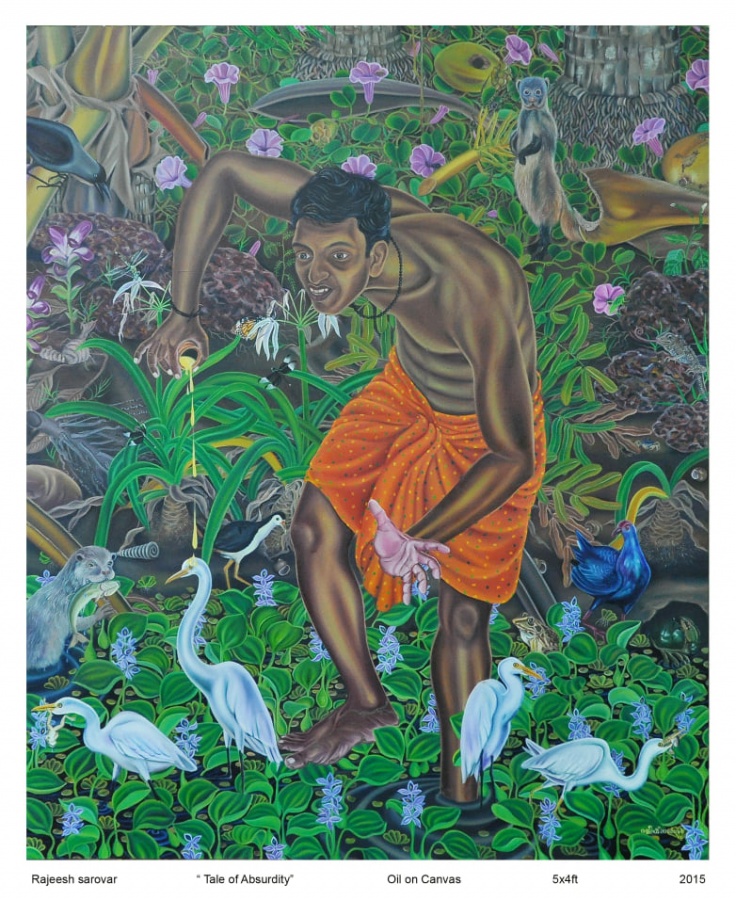 “When we refer to humans’ we just have to claim or differentiate them in terms of skin tone or their costumes. I firmly do believe only in the oneness of this human existence and above all this sense, the terms ‘human being’ is unique. The pictures visualize the tradition and culture of the present society. But the language it speaks is the one of internationality,” says Sarovar, a Lalitha Kala academy state awards recipient in 2014.

While observing society from a contemporary viewpoint, he could seek out the remnants of the forgotten past in a lot of ways. Hence, at times, the paintings had turned out to be his visions on past memories. Another thing is that these paintings do become a connecting bridge among three different era – Past, Present, and Future.

They might remind the future generations about a way of life that was once possible and happening, among their ancestors, for what matters the most is that desires’ surrounding our lives undergo various transformations with the passage of time and generations.

Paintings have become a weapon against social differences. The human who scatters the law in the air and the effect of such deeds bringing anarchy and confusion in the lawful system is too portrayed through the wonderful colours. The emotional expression has been beautifully linked with his internal and external. The pictures speak about hunger. Any life is transformed into a martyr of struggle or 2 pieces of consumption just because of the basic truth- Hunger’. In short, these colours breathe in the language of a typical village hood, their messages, their pains, their attitude, and the spiritual journey of these paintings giving vivid explanations. The blending and the synchronization of nature and mankind and its swimming into its memories are prominent. At the same time, these pictures combine the past and the future. 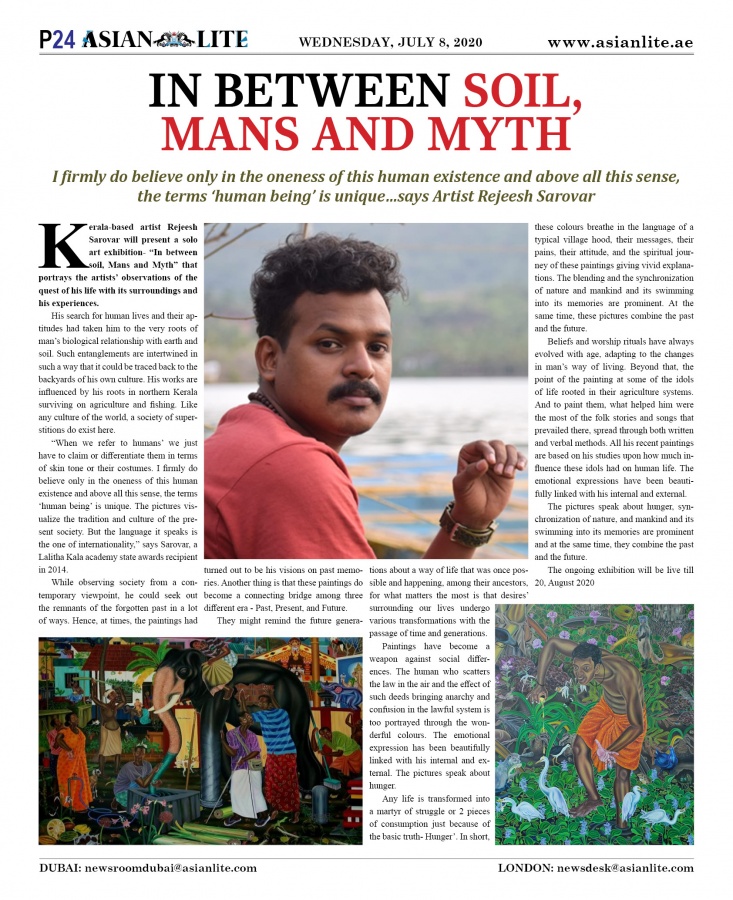 Beliefs and worship rituals have always evolved with age, adapting to the changes in man’s way of living. Beyond that, the point of the painting at some of the idols of life rooted in their agriculture systems. And to paint them, what helped him were the most of the folk stories and songs that prevailed there, spread through both written and verbal methods. All his recent paintings are based on his studies upon how much influence these idols had on human life. The emotional expressions have been beautifully linked with his internal and external.

The pictures speak about hunger, synchronization of nature, and mankind and its swimming into its memories are prominent and at the same time, they combine the past and the future.

The ongoing exhibition will be live till 20, August 2020.