When you ask the last question first — will Amish Tripathi, whose name is synonymous with mythology will ever work in another genre, he pauses. Then laughs. “Look, I go with what inspires me. But I admit, for the last year, I have been thinking about a book set in modern times, complete with elements of time travel and gaming,” he leaves it at that.

Even as he laments that in these highly polarised times when the discussion on mythology and heritage has become clouded in a duel between the left and the right-wing, smiling that it is a classic case of “Ram Banaye Jodi…”, he added, “Don’t you feel they are just made for each and desperately need one another to feed themselves? Frankly, most people happen to be in the centre. I am a proud Indian, but why do I have to hate anyone to prove that? And yes, I am a liberal, not because I am trying to be western or whatever being a ‘leftist’ means. I am that for that is what my ancient culture has ingrained in me. Where is the need to be negative? And that goes for western knowledge too. Why should we not welcome it? After all, it is so useful.” 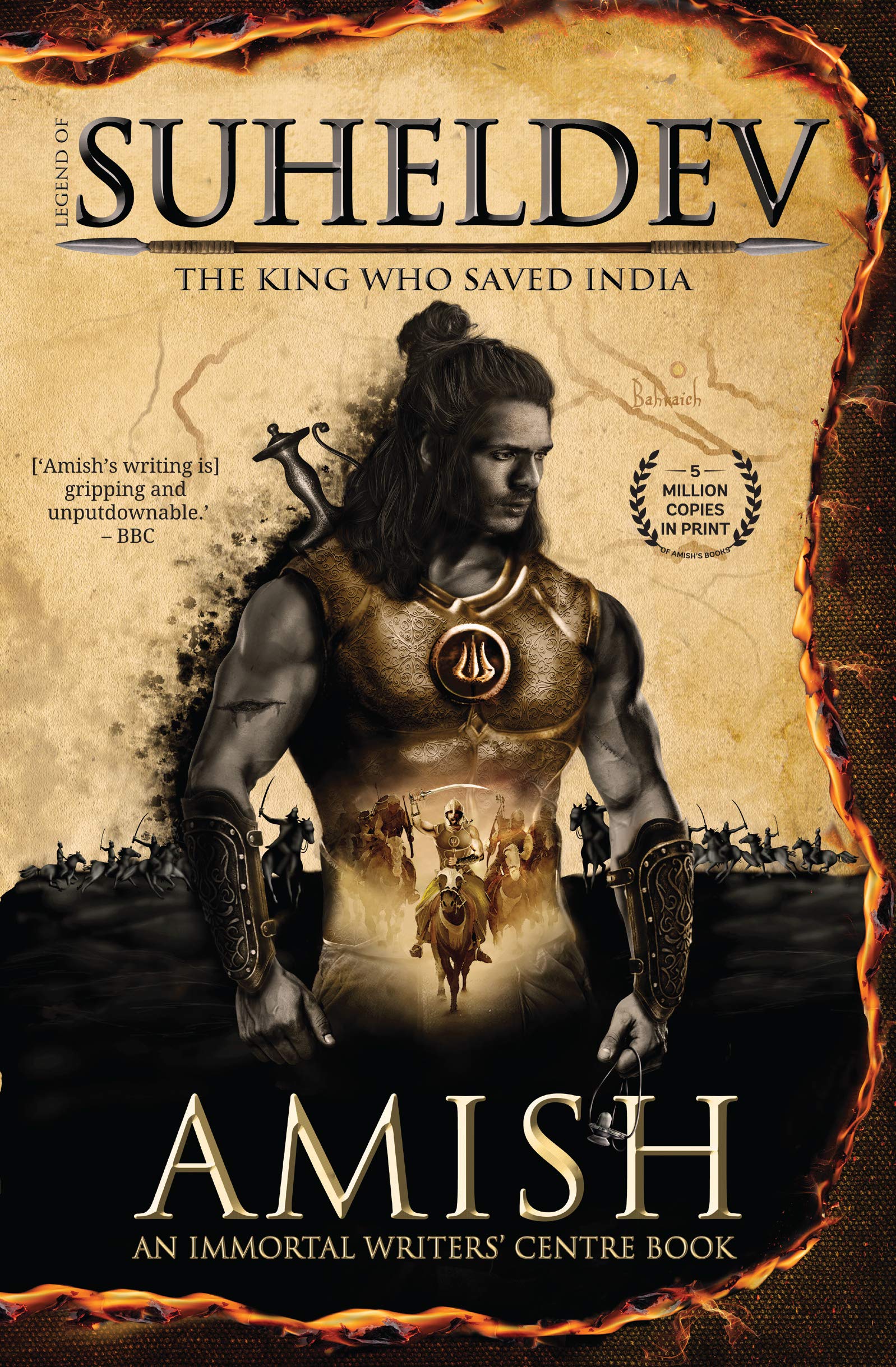 Considering his recently released book ‘Suheldev: The King who Saved India’, set in 11th century India that traces the adventure of King Suheldev, as he unites Indians to mount a resistance against the invasion by Mahmud of Ghazni, as he destroys the Somnath Temple; is the first work from the ‘Immortal Writers’ Centre’ set up Amish, the author adds that his mind is abuzz with way too many story ideas that cannot be converted into books in one lifetime, and therefore the centre.

“It takes me two years to write a book as there is loads of reading and research involved. I am sure my soul will not rest if I don’t tell all my stories. While only I will write the core books including the Shiva Trilogy, Ram Chandra Series and the Rudra Series, the Centre will contribute in other books,” he says.

Once the author has written the overall story summary, which could be 5,000-10,000 words, someone from the writer’s Centre — either a team or an individual will expand that to 17,000 words, and then he will finally work on shaping the book. “Thus, my capacity gets expanded,” he adds. 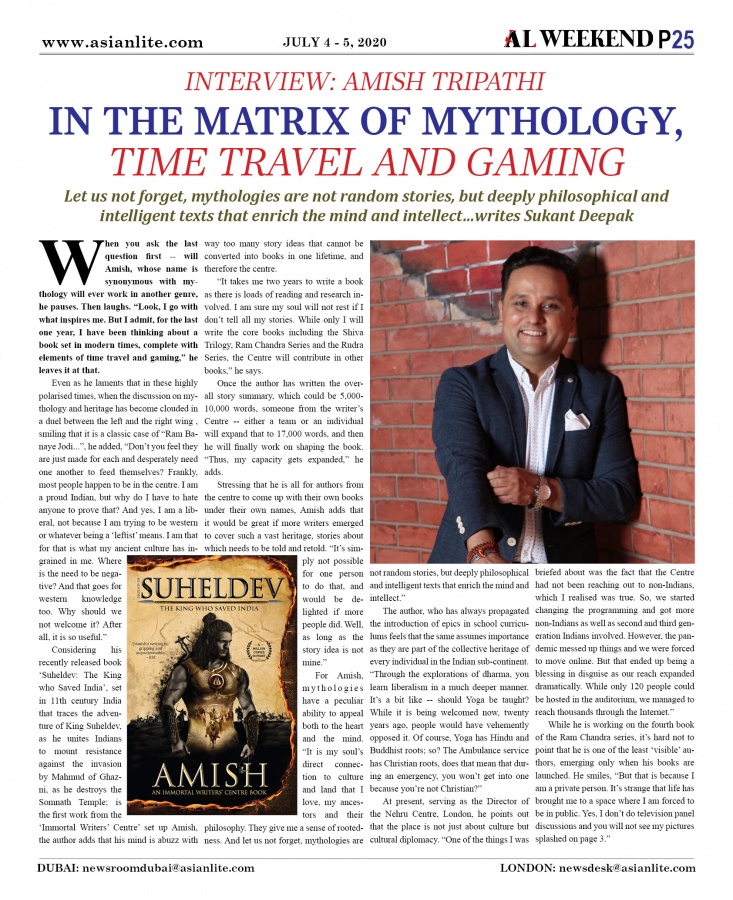 Stressing that he is all for authors from the centre to come up with their own books under their own names, Amish adds that it would be great if more writers emerged to cover such a vast heritage, stories about which needs to be told and retold. “It’s simply not possible for one person to do that, and would be delighted if more people did. Well, as long as the story idea is not mine.”

For Amish, mythologies have a peculiar ability to appeal both to the heart and the mind. “It is my soul’s direct connection to culture and land that I love, my ancestors and their philosophy. They give me a sense of rootedness. And let us not forget, mythologies are not random stories, but deeply philosophical and intelligent texts that enrich the mind and intellect.” 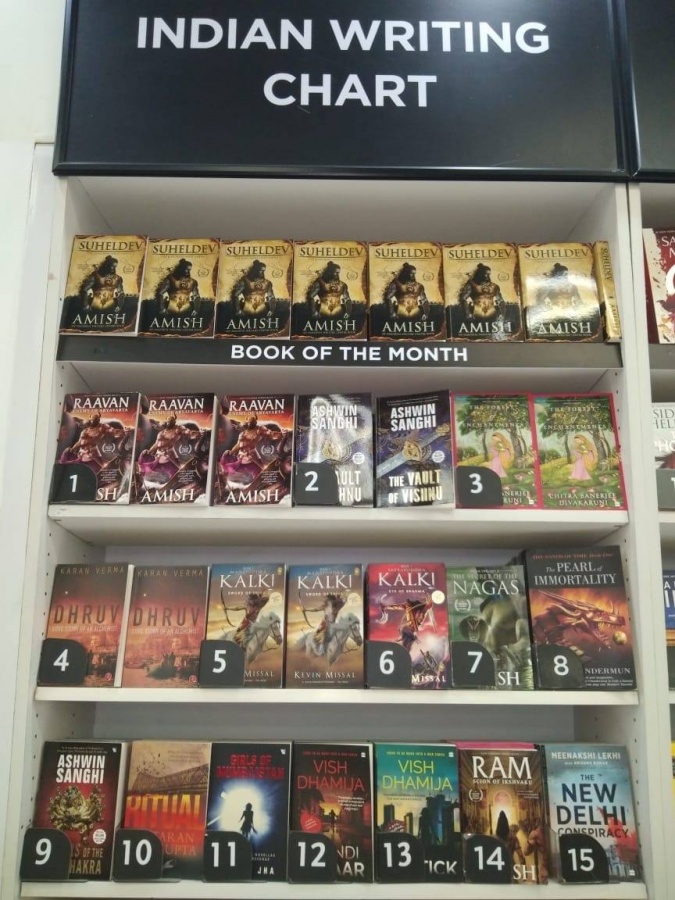 The author, who has always propagated the introduction of epics in school curriculums feels that the same assumes importance as they are part of the collective heritage of every individual in the Indian sub-continent. “Through the explorations of dharma, you learn liberalism in a much deeper manner. It’s a bit like — should Yoga be taught? While it is being welcomed now, twenty years ago, people would have vehemently opposed it. Of course, Yoga has Hindu and Buddhist roots; so? The Ambulance Service has Christian roots, does that mean that during an emergency, you won’t get into one because you’re not Christian?”

At present, serving as the Director of the Nehru Centre, London, he points out that the place is not just about culture but cultural diplomacy. “One of the things I was briefed about was the fact that the Centre had not been reaching out to non-Indians, which I realised was true. So, we started changing the programming and got more non-Indians as well as second and third-generation Indians involved. However, the pandemic messed up things and we were forced to move online. But that ended up being a blessing in disguise as our reach expanded dramatically. While only 120 people could be hosted in the auditorium, we managed to reach thousands through the Internet.”

While he is working on the fourth book of the Ram Chandra series, it’s hard not to point that he is one of the least ‘visible’ authors, emerging only when his books are launched. He smiles, “But that is because I am a private person. It’s strange that life has brought me to space where I am forced to be in public. Yes, I don’t do television panel discussions and you will not see my pictures splashed on page 3.”