Global pop sensation Ananya has returned with the release of irresistible electro-pop anthem ‘Let There Be Love’. It is the multi-platinum artist’s first new track of 2020 – following on from last year’s debut EP ‘Fingerprint’ and standalone release ‘Day Goes By’ feat. Sean Kingston, which marked one of the first collaborations between major artists from India and the US.

‘Let There Be Love’ showcases Ananya’s dynamic vocals, as she squeezes a lifetime worth of emotion and experience into this irrepressibly catchy summer anthem. The song was recorded during lockdown at Ananya’s makeshift home studio in Los Angeles and produced by Grammy-winning Aaron Pearce (Fifth Harmony, Justin Bieber, Pitbull).

ITS HERE! OUT EVERYWHERE. All yours to enjoy now. ❤️
Don’t forget to tune into my youtube at 4:30PM IST // 4AM PST for a live chat with me and then a watch party premiering the lyric video! #LetThereBeLove
YOUTUBE: https://t.co/6lSNHlbUe0
LISTEN HERE: https://t.co/Ccr9wOodnu pic.twitter.com/19yOarzEIJ

Ahead of its release, ‘Let There be Love’ has been playing on Sirius XM Hits, making Ananya is the first Indian artiste to feature on the leading US pop station.

Speaking about the track from LA, 26-year-old Ananya explains: “All my music is driven by an urge to connect with people, to share with them in the experience of being human – the good, the bad, and the ugly! I don’t think that Big Questions and Big Feelings are incompatible with catchy pop – I want to explore them all in my music! I feel like we are all going through this collective trauma right now (maybe we have been for a long time and it’s just erupting right now…) and I wanted to give a voice to that, but also to the sparks of hope and truth are being born right in the middle of it,” 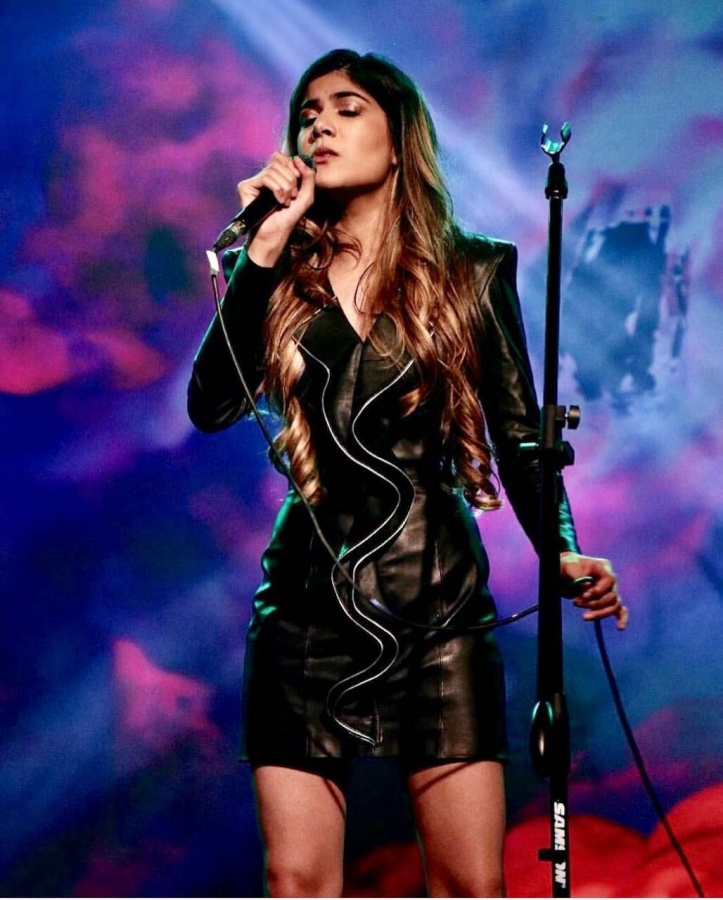 The talented LA-London based singer-songwriter, who recently signed with Maverick Management (Lil Nas X, Kim Petras, The Weeknd, Miley Cyrus), releases ‘Let There Be Love’ after an incredible few years which have solidified her status as one of pop’s most exciting young talents.

2020 is set to be seminal for the artist. Though performances in the US and UK have been delayed, she is gearing up for the release of her highly-anticipated second EP before the end of the year. 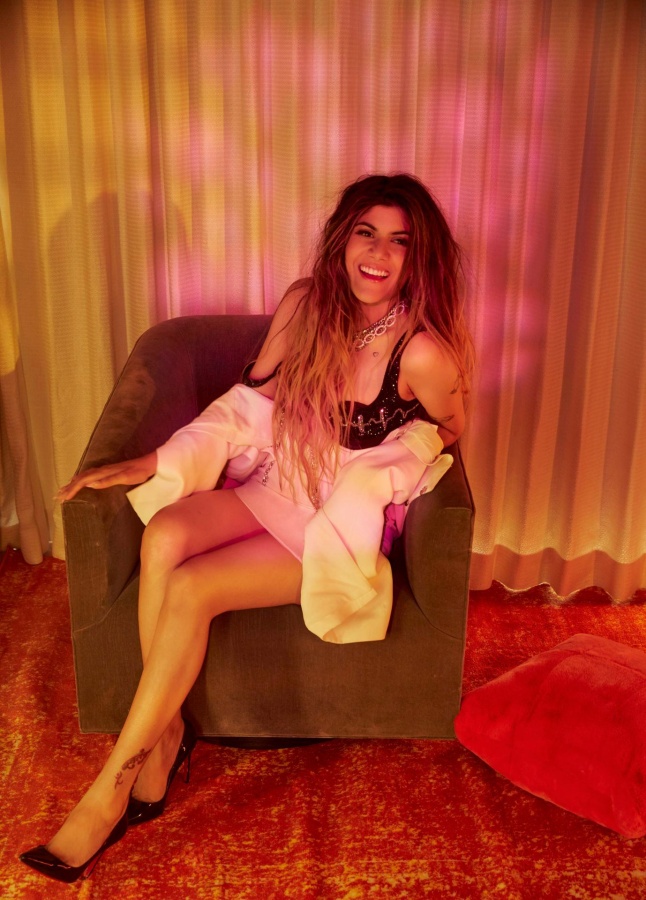 Last year, Ananya released the infectious ‘Day Goes By’ with Jamaican-American hitmaker Sean Kingston, one of the first major collabs between US and Indian music artists. This followed multi-platinum selling hits, ‘Hold On’, ‘Meant To Be’, ‘Circles’, ‘Livin’ the Life’ (remixed by Afrojack), ‘Better’ and the release of her first EP ‘Fingerprint’ with UMG and Island Records, which included hit single ‘Blackout’ featuring Nigerian hip-hop stars Vector and WurlD.

The self-taught santoor and guitar player has been propelled from low-key gigs around London to performing at some of Asia’s biggest music events including Global Citizen, Oktoberfest and Sunburn, and opening for artists like Wiz Khalifa and Coldplay. Ananya has scaled the charts at home and appeared on major playlists and radio stations in the US, UK, Europe, Australia, the Middle East and SE Asia. She has also collaborated with major producers and writers including Jim Beanz (Rihanna, Demi Lovato, M.I.A), DJ Buddha (Pitbull, Jason Derulo, Afrojack), pop guru Nick Atkinson (Lewis Capaldi, Little Mix), Edd Holloway (Gabrielle Aplin, Lewis Capaldi), Empire State of Mind writer Angela Hunte and Grammy-nominated Mood Melodies. 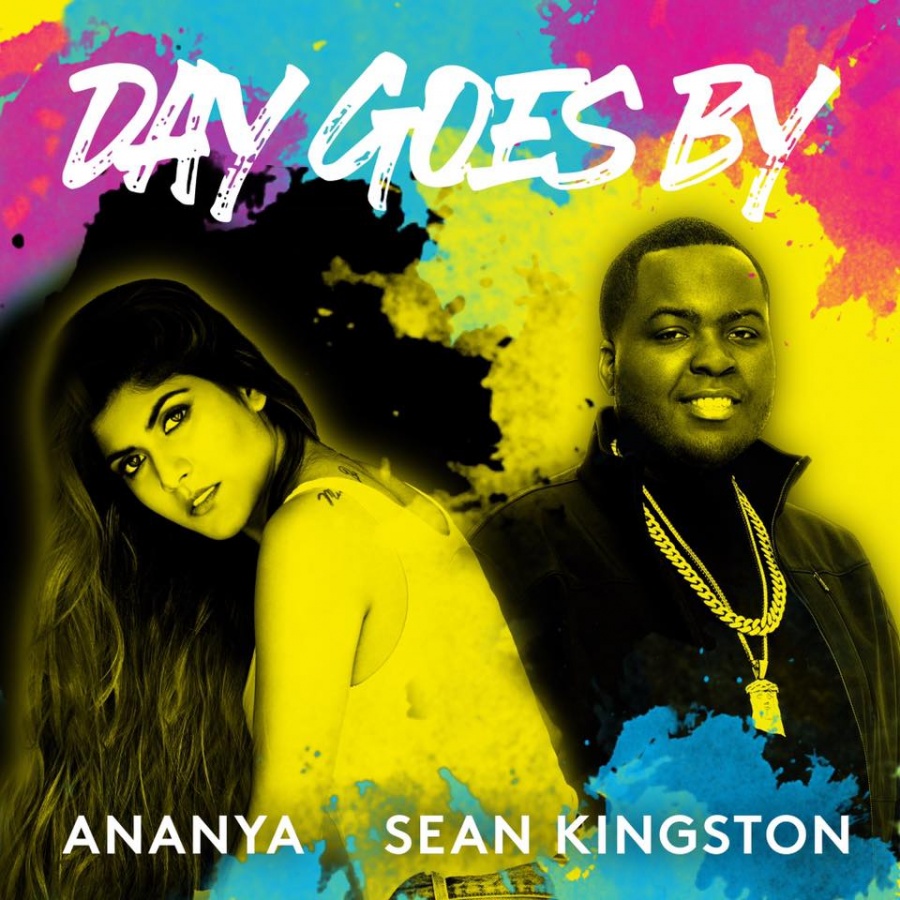 Listed as one of GQ’s Most Influential Young Indians and a Forbes Woman to Watch, Ananya is a strong believer of equality.

She set up, Mpower in 2016, which works to stamp out the stigma around mental illness in India and to provide world-class care where there has been little to date. She recently launched one of the first mental health helplines in India for those struggling during the pandemic. She has also held music events to support the organisation.