Joaquin Phoenix walked home with the best actor Oscar at the 92nd Academy Awards for playing superhero Batman’s nemesis in “Joker”. Renee Zellweger, who had won an Oscar in 2004 for “Cold Mountain”, collected her best actress trophy for her portrayal of Judy Garland in “Judy”. 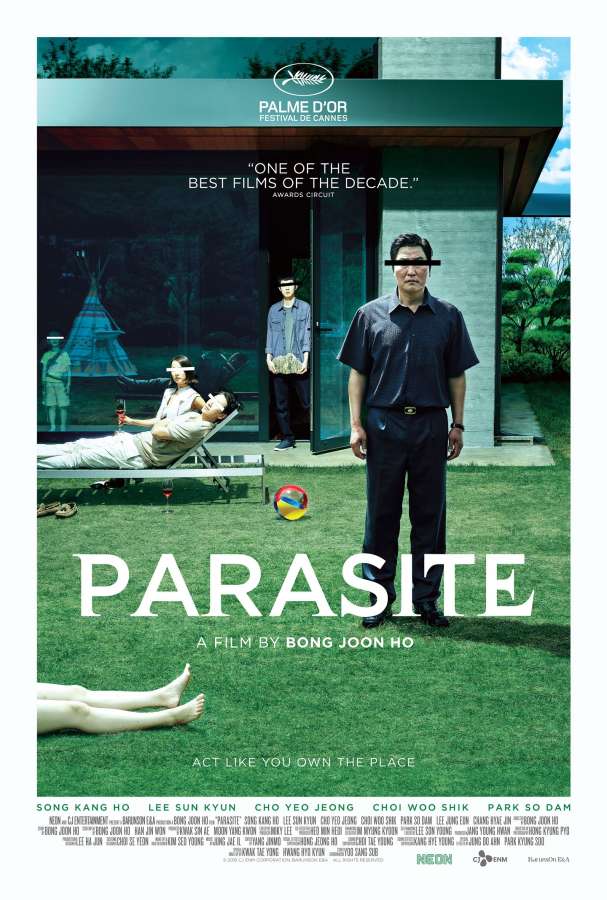 South Korean film “Parasite” beat Hollywood biggies like “Joker”, “1917” and “Once Upon a Time in Hollywood” to win the best picture Oscar that was given a musical touch by artistes such as Elton John and Eminem.

“Parasite” is the first non-English to win the top honour.

The Oscars did not have an official host this year too, but it was well opened by Janelle Monae’s musical performance.

Minutes later, former hosts Chris Rock and Steve Martin hit the stage and delivered a stand-up comedy set in which they called out the Academy for not nominating any woman in the best director category.

Actress Natalie Portman also weighed in on the issue by wearing a cape featuring names of female directors not nominated for an Oscar this year.

However, women power could be seen on stage. Two on-screen superheroes (Brie Larson and Gal Gadot) and Sigourney Weaver, introduced Irish conductor Eimear Noone — the first woman to conduct at the Academy Awards.

Composer Hildur Gudnadottir scored an important Oscar win for women. She is the first woman to win an Academy Award for best original score in two decades.

Moving forward, President Donald Trump’s recently-concluded impeachment trial was also given a mention at the Hollywood’s biggest night when actor Brad Pitt got on the stage to receive his supporting actor Oscar for his portrayal of stuntman Cliff Booth in Quentin Tarantino’s “Once Upon a Time in Hollywood”.

Taika Waititi, who wrote, directed and co-starred in the anti-fascist story “Jojo Rabbit”, won the best adapted screenplay award and dedicated it “to all the indigenous kids in the world who want to do art and dance and write stories. We are the original storytellers, and we can make it here”.

Waititi is the first Indigenous filmmaker to win an Oscar.

Talking about immigrants, before announcing the Academy Award for best animated feature film, Indian-American comedian Mindy Kaling said she found solace in animated films as a “shy” young girl from an immigrant family.

Now that she’s older, she recognises that animation is one of the most sophisticated forms of storytelling.

“I can’t wait to introduce those worlds to my daughter now,” Kaling said before announcing “Toy Story 4” as the winner.

As for best animated short, it went to former athlete Matthew A. Cherry for “Hair Love”. It’s the same category that late basketball player Kobe Bryant won in 2018.

If Kaling was a presenter, Indian-American filmmakers Smriti Mundhra and Sami Khan competed in documentary short subject category. Their “St. Louis Superman” lost to “Leaning to Skateboard in a Warzone (If You’re a Girl)”.

India found a place in the winners’ list too. Director Sam Mendes’ war drama “1917”, which has Reliance Entertainment and Amblin Partners among the banners associated with the film’s production, took the Oscar for best visual effects, beating out tough competitors like “Avengers: Endgame”.

The World War I epic also won the best cinematography award at the ceremony held in Hollywood on Sunday night.

India’s presence at the gala continued. Indian composer A.R. Rahman, who had won Oscars for his song “Jai ho”, made it to an original song montage.

Among other winners, “Ford v Ferrari”, a racing drama, won the best editing award. It won for sound editing too.

“American Factory”, backed by former President Barack Obama and his wife Michelle Obama, was announced as the winner of the best documentary feature.

Renee Zellweger, who had won an Oscar in 2004 for “Cold Mountain”, collected her best actress trophy for her portrayal of Judy Garland in “Judy”.

Laura Dern, on the other hand, won the best supporting actress Oscar for her role as a divorce lawyer in “Marriage Story”.

And finally, “Parasite” got the best picture in addition to best directing, international feature film and writing (original screenplay) awards.

The comedy-drama, which has been a favourite since it claimed the Palme d’Or at last year’s Cannes film festival, had its India premiere at the International Film Festival of India in November last year.