Roberto Azevedo, the head of the World Trade Organisation (WTO) declares to quit a year earlier than planned, as it faces heavy pressure amidst of the corona pandemic and the crumbling world economy

Azevedo told a virtual meeting of WTO members on Thursday that he was stepping down as director-general on August 31, a year ahead of the end to his second term.

In a statement issued in Geneva, he said that he was leaving office early to give his successor ample time to prepare for the 12th Ministerial Conference of the WTO next year.

The meeting is expected to be crucial to the future of the organisation during a time when the global trade system is showing signs of fraying.

A former Brazilian diplomat and vice-minister for economics and technology, Azevedo became WTO director-general in 2013 and assumed a second four-year term in 2017. Amid the calls from various sides for changing the WTO, Azevedo spoke of the “new normal” that will emerge from the pandemic and in facing it the organisation has “to be able to respond to members’ needs and priorities.”UN Secretary-General Antonio Guterres’s Spokesperson Stephane Dujarric said that the UN head had “great admiration” for his work as head of the WTO.

“The WTO is a critical organization in our global trade environment, and we very much hope that their work, the work of the organization, will continue to be supported,” Dujarric added.

Global concerns over the WTO have been magnified during the COVID-19 pandemic when countries around the world, including India, found themselves dependent on China for vital medical supplies.

China has been able to deftly use the WTO to become the world’s dominant manufacturer and that has led to calls around the world for rethinking globalisation, the foundation of which is now the WTO. 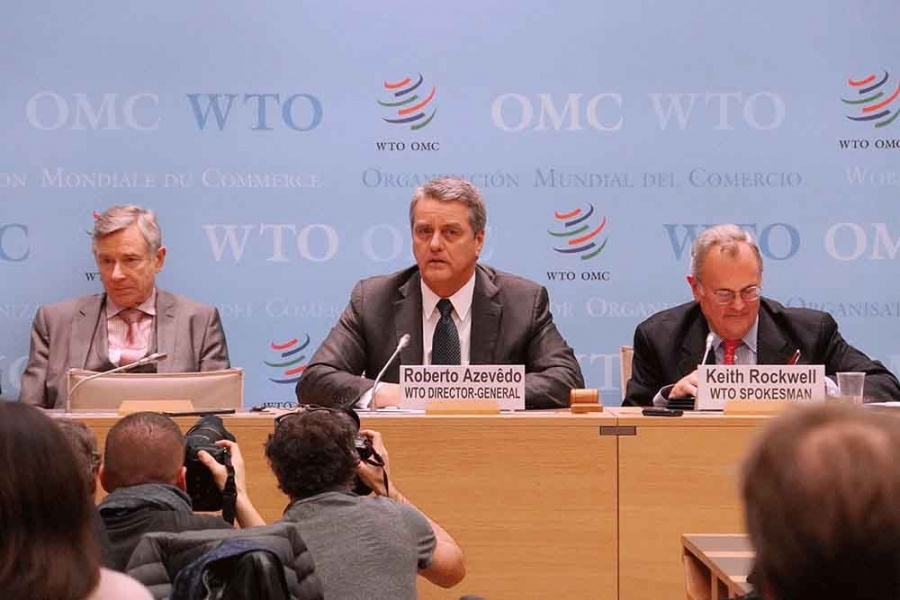 RSS ideologue KN Govindacharya suggested in an interview to IANS that India should reconsider its ties to the WTO and either “tweak it in line with its interests or break it.”

If India was unable to do either, then it should leave the WTO or it would always remain a ”bazaar” for the world at the expense of its own products, he said.

US President Donald Trump has criticised the WTO for creating conditions that led to the deindustrialisation of his country and its huge trade deficits, particularly with China. Trump has in particular attacked the developing country status that has given China a great advantage even as it emerged as the world’s second-biggest economy.

At the same time, Washington has used the WTO to deal with trade disputes with India.

The US and India have been embroiled in trade disputes before the WTO and India lost a case in November when a WTO panel ruled against it on a US complaint about export promotion programmes which were considered subsidies.

Earlier in 2007, the WTO sided with the US over on a complaint about India’s restrictions on poultry imports and with threats of sanctions for non-compliance, they were finally allowed in 2017.

By invoking the WTO, China is trying to block India’s recent investment regulations aimed at foreign attempts to take over some Indian businesses by taking advantage of the economic dislocations caused by the COVID-19 pandemic.

India did not specify China, but the regulations spoke broadly of countries having land borders with India.

(Arul Louis can be contacted at arul.l@ians.in and followed on Twitter @arulouis)