Sri Lanka’s Police Department said the law will also be strictly enforced against those who spread false rumours on the COVID-19 through social media.A total of 23 individuals had been arrested over the spread of such false information about the virus.

Anyone found hiding symptoms of the novel coronavirus in Sri Lanka will be handed a six-month jail term, a senior police official said in Colombo on Monday, adding that there were individuals who had avoided going into quarantine centres after arriving from virus-affected countries

Senior Inspector, DIG Ajith Rohana, said steps will be taken to arrest such individuals without a warrant as they posed a great danger of spreading the virus to others, reports Xinhua news agency.

The country’s Police Department said the law will also be strictly enforced against those who spread false rumours on the COVID-19 through social media.A total of 23 individuals had been arrested over the spread of such false information about the virus.

He further said that seven officers had been deployed in each police station across the country who would provide information on the quarantine procedures to the public.

Sri Lanka so far has confirmed 18 COVID-19 cases with almost all of them being treated at the Infectious Disease Hospital located in the outskirts of Colombo. 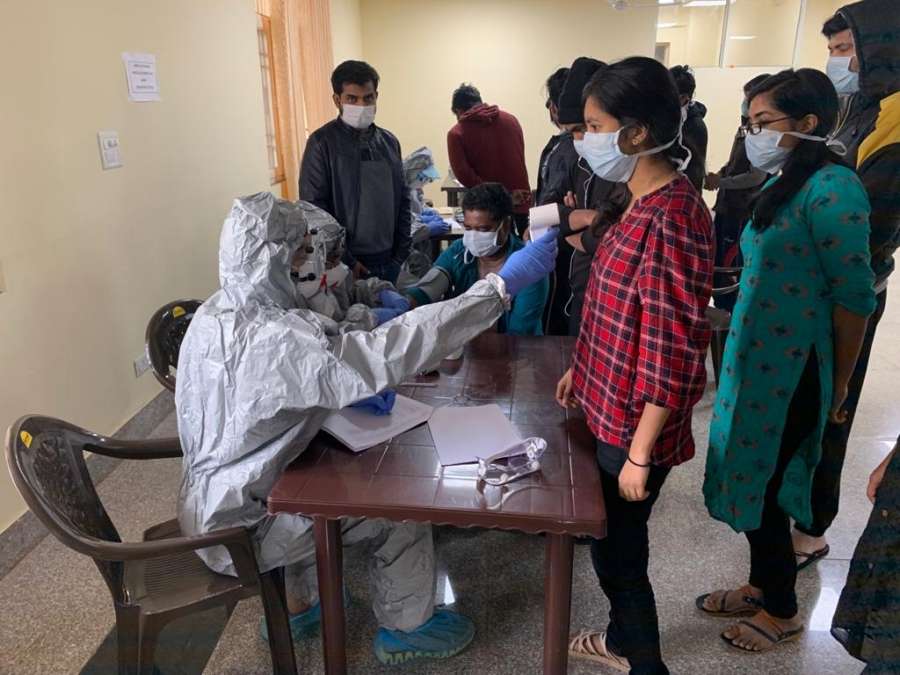 Prime Minister Mahinda Rajapaksa has decided to cancel all public meetings to raise awareness on the importance of minimising gatherings in the wake of the threat posed by the coronavirus pandemic which has infected 18 people in the island nation.

Speaking to the Daily Financial Times newspaper, Rajapaksa’s spokesman Premanath Dolawatte said on Sunday that the decision was taken to support the government’s quarantine measures to contain the disease’s spread.

He added that the Prime Minister had instructed officials to minimise public events, while the government has decided to cancel all public and private sector events for two weeks which came into effect on Sunday

“This was a decision taken by the Prime Minister to promote public safety. Usually thousands of people gather for meetings that the Prime Minister attends. Therefore, he decided to not to attend any event until the situation is under control,” he said.

“We will be monitoring the situation closely and what steps need to be taken to control the spread of the virus will also be taken into consideration. At the moment we are only focusing on containing the virus and ensuring the public’s safety,” SLPP spokesman Keheliya Rambukwella told the Daily Financial Times.

Regarding the April 25 general elections, Rambukwella said chances of postponing the polls were however, slim due to clauses in election law.

“There is no provision in the Constitution to postpone an election once it is gazetted. Therefore, I believe the matter should be taken up before the Supreme Court if any necessity arises due to the virus spread,” he added.

Also on Sunday, former Prime Minister Ranil Wickremesinghe wrote to President Gotabaya Rajapaksa requesting him to summon a meeting of all heads of political parties and other relevant bodies, agencies, and authorities, so as to work out a comprehensive strategy to combat the COVID-19 spread that was acceptable to the public and all stakeholders.

In Sri Lanka, there are 1,719 persons currently under quarantine at 10 centres. Of the 18 confirmed cases, the latest is a 45-year old Sri Lankan who arrived from Germany.