The number of COVID-19 cases has kept growing in the Middle East, as the confirmed cases in Turkey and Iran exceeded 112,000 and 91,000 respectively on Monday. Some countries in the region are gradually relaxing their restrictive measures with caution.

Turkish health ministry on Monday recorded 2,131 more confirmed cases and 95 more deaths, taking the total number of infections to 112,261 and the death toll to 2,900 in the country, reported Xinhua news agency.

Turkish President Recep Tayyip Erdogan on Monday declared three days of lockdown in 31 provinces starting from May 1. Turkey’s first lockdown was imposed at the weekend on April 11-12, followed by the second on April 18-19, and lastly, on April 23-26.

The Turkish leader also noted the government has been preparing a comprehensive program aimed at bringing life back to normal in the country, and its details would be shared with the public soon.

Iranian health ministry on Monday reported 991 new infection cases and 96 new deaths, bringing the total confirmed cases to 91,472 and the death toll to 5,806.

In addition, 70,933 have recovered and left hospitals, with 3,011 still in critical condition, said Kianush Jahanpur, head of Public Relations and Information Center of the Ministry of Health and Medical Education. 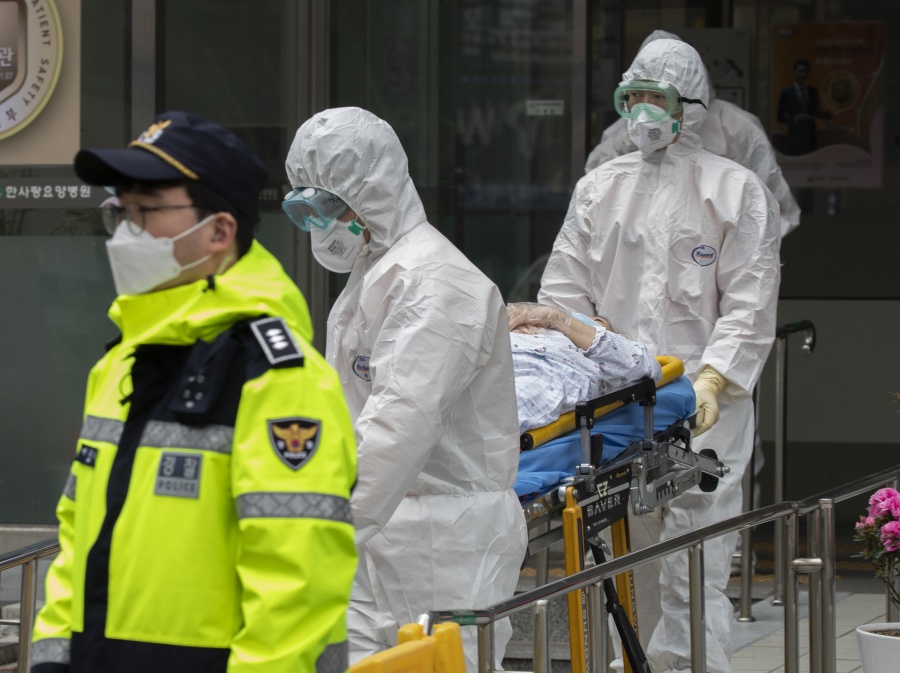 Recently, Iran gradually loosened quarantine regulations and allowed the reopening of low-risk businesses. The authorities urged people to strictly adhere to the guidelines of a smart social distancing plan.

Israel is preparing to further ease lockdown measures almost two months after severe restrictions were imposed on the public and the economy to curb the spread of COVID-19.

Details of the plan have emerged in recent days, as it appears that the country has been successful in curbing the spread of the virus.

Israeli Prime Minister Benjamin Netanyahu announced Monday that school pupils between first and third grade will return to school on May 3, under varying restrictions.

Earlier, all businesses in streets were allowed to open. But shopping malls still remain closed.

On Wednesday, Israelis will mark Independence Day which will see a temporary intensification in lockdown measures imposed in order to avoid mass gatherings. Following the short holiday, restrictions will begin to be lifted again.

Lebanon’s number of COVID-19 cases increased by three to 710 on Monday, while the death toll remained at 24.

Lebanon has started easing its general mobilization measures according to a plan adopted by the government. Hotels, small shops, taxi drivers and sweets shops are among the first that have started operating.

Egypt recorded on Monday 248 new COVID-19 infections and 20 deaths, bringing the number of confirmed cases to 4,782 and the death toll in the country to 337.

Over the past month, Egypt has temporarily suspended schools and universities, halted flights, cancelled sports activities, closed entertainment places and malls, stopped mass prayers and shut down museums and archeological sites to combat the virus.

Egypt has also decided to renew a nationwide nighttime curfew during the Muslim holy month of Ramadan, but reduced it from 10 to nine hours.

Kuwait on Monday reported 213 new cases of COVID-19 and two more deaths, bringing the total infections to 3,288 and death toll to 22.

Qatar’s health ministry on Monday announced 957 new infections of COVID-19, increasing the total number of confirmed cases in the Gulf state to 11,244.

The death toll from the novel coronavirus reached 162 in Morocco among the 4,120 confirmed cases, the Health Ministry said on Monday.

The United Arab Emirates on Monday announced 490 new COVID-19 cases, bringing the tally of confirmed cases in the country to 10,839.

Health authorities in Algeria reported 135 new cases and seven new deaths on Monday, bringing the total infections to 3,517 and the death toll to 432.

Algeria on Monday announced extending the lockdown measure until May 14. This is the second time the government has decided to extend the nationwide lockdown.

Saudi Arabia’s confirmed cases reached 18,811 with 1,289 cases recorded on Monday. The death toll was 144 in the country.

Bahrain recorded a total of 2,723 confirmed cases on Monday with the death toll standing at eight.

Sudan on Monday announced 38 new infections, bringing the total confirmed cases in the country to 275. Sudan’s Health Ministry said that one more death was recorded, with the death toll climbing to 22.

Yemen’s Ministry of Health announced Monday that the first and only confirmed case of COVID-19 has recovered in the eastern province of Hadramout.

On April 10, Yemen’s supreme national emergency committee declared that a 60-year-old Yemeni man, who worked in port town of Ash Shihr, was diagnosed with the coronavirus.