According to the Health Minister Harsh Vardhan, at present at least 9 Indian nationals and 16 foreign nationals are infected with the disease…reports Asian Lite News

There are at least 25 positive cases of COVID-19 in India at present, the Union Health Minister Harsh Vardhan informed on Wednesday during a press conference here.

“There are at least 28 confirmed cases of the coronavirus that have been reported so far in India. Out of which three patients, who were earlier infected in Kerala, have been cured from the disease,” said the minister.

According to the Health Minister Harsh Vardhan, at present at least 9 Indian nationals and 16 foreign nationals are infected with the disease.

Talking about the potential of the spread of the disease, the minister said that One person in Delhi infected six of his his own family members in Agra. In Italian national’s case the tourist infected his wife also and thus other group members.

According to the health minister, the government of Italy has asked the Italian nationals to stay in India only for the time being therefore all of them have been currently quaranitined at ITBP isolation facility in Chhawla.

“We had to trace at least 66 people’s contact in view of one positive case. In Telangana, at least 88 contacts were traced,” the minister told media here, adding “people should avoid public gathering during this time. Even the Prime Minister has cancelled his Holi Milan programmes in view of coronavirus.

In a statement released earlier by the health ministry, it said: “24 persons, including 21 Italian tourists and three Indians (bus driver, conductor and tourist guide) have been shifted to the ITBP facility for testing. Depending on the result, future course of action will be taken.”

A 70-year-old man who was confirmed to be infected with COVID-19 on Wednesday in the Iraqi province of Sulaimaniyah has died, a health official said. 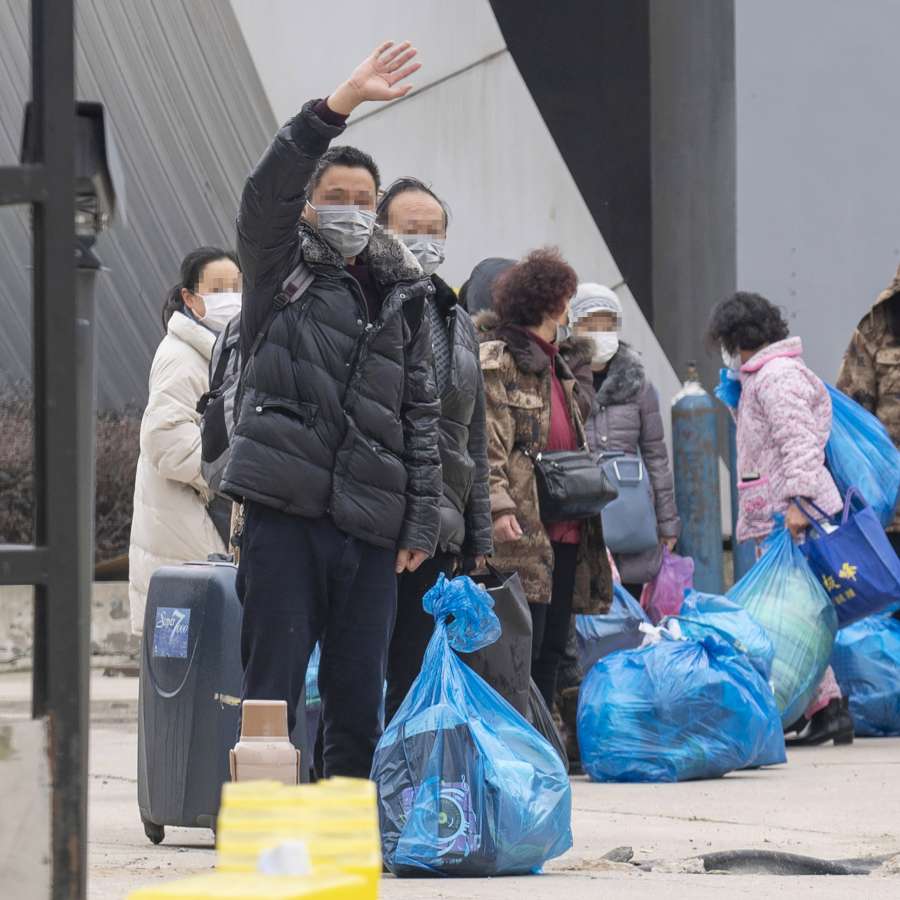 It is the first death from the novel coronavirus in Iraq, said Sabah Hourami from the health authority of Sulaimaniyah in the semi-autonomous region of Kurdistan, in a statement, Xinhua reported.

So far, Iraq has reported 32 COVID-19 cases, with 14 in capital Baghdad, five in the province of Kirkuk, five in Sulaimaniyah, one in Babil, one in Maysan, three in Najaf, two in Wasit and one in Karbala.

The Iraqi authorities have been taking a series of precautionary measures to prevent the spread of the coronavirus after cases were confirmed in the country.

South Korea on Wednesday confirmed 142 more cases of the COVID-19 coronavirus, raising the total number of infections to 5,328.

As of midnight, the number of infected patients totalled 5,328, up 142 from the previous announcement. Two more deaths were reported, taking the toll due to the coronavirus outbreak to 33, Xinhua reported.

The Korea Centers for Disease Control and Prevention (KCDC) updated the data twice a day at 10 a.m. and 5 p.m. on Tuesday.

The virus infection soared for the past two weeks, with 5,155 new cases reported from February 19 to March 3. The country has raised its four-tier virus alert to the highest “red” level.

The total number of infections in Daegu, about 300 km southeast of Seoul, and its surrounding North Gyeongsang province increased to 4,006 and 774, respectively. It accounted for almost 90 per cent of the total.

Seven more patients were discharged from quarantine after making full recovery, raising the combined number to 41.