US oil prices turned negative on Monday for the time in history. West Texas Intermediate crude for May delivery shed more than 300 per cent to settle at -37.63 USD per barrel on the New York Mercantile Exchange.

What it means is that oil producers are paying the buyers to take the commodity off their stocks amid fears that storage capacity could run out in May, the BBC reported.

With the COVID-19 induced lockdown restricting movement across the world, demand for oil has all but dried up.

The US light crude West Texas Intermediate (WTI) for May at New York Mercantile Exchange (NYMEX) was trading at -35.34 USD per barrel, down by -53.61 USD per barrel from the last closing of $18.27 per barrel. However, May delivery contract of WTI at NYMEX plunged to -40.32 USD per barrel during the trade on Monday.

As a result, oil firms have resorted to renting tankers to store surplus supply, forcing the price of oil in the US to the negative zone, the BBC reported.

Anuj Gupta, deputy vice president, Angel Broking said for the first time in the history, US crude has turned negative as demand for crude oil has declined sharply due to coronavirus pandemic which has affected economic activities across the world.

Similarly, the London benchmark Brent crude for delivery in June was trading at $26.01 per barrel, 7.73 per cent down from the previous session at Intercontinental Exchange (ICE).

At Multi Commodity Exchange (MCX), crude oil contract expiring on April 20 settled at Rs 965 per barrel, down by Rs 471 or 32.80 per cent from the previous session.

The decline comes despite the recent output cut agreement between the Organization of Petroleum Exporting Countries (OPEC) and its allies.

There were hopes that agreement would stabilise oil prices, but with the COVID-19 pandemic continuing, there has been a large slip in demand that is not letting a pick-up in oil prices.

The current market is oversupplied on shrinking demand, creating a situation of free fall for crude. 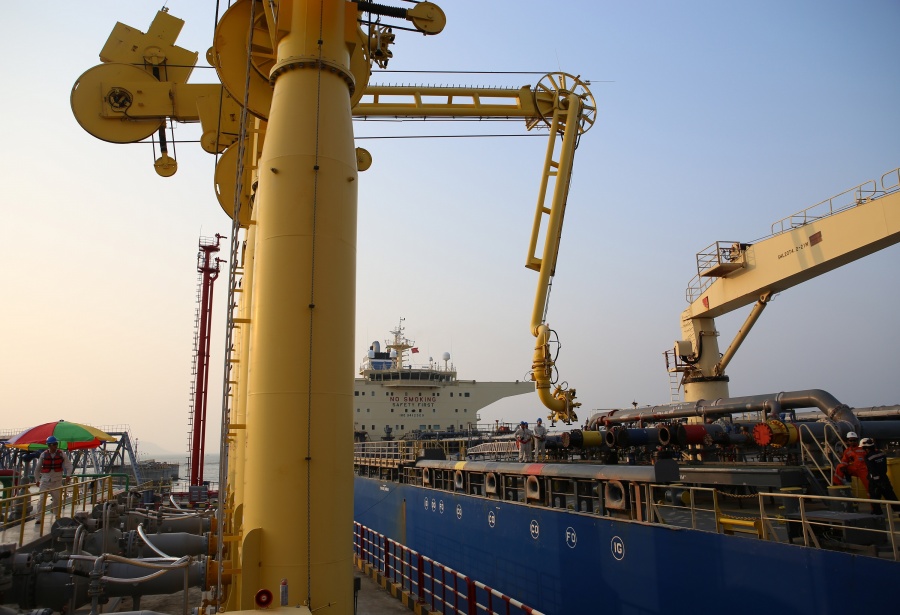 The severe drop on Monday was driven in part by a technicality of the global oil market.

As per the BBC report, oil is traded on its future price and May futures contracts are due to expire on Tuesday. Traders were keen to offload those holdings to avoid having to take delivery of the oil and incur storage costs, it said.

The price of oil has now reached a point that it is increasingly becoming difficult for higher cost producers to remain in operation and rather look at declaring bankruptcy.

A lot of US shale producers are in deep trouble and analysts expect that low oil price for few more months will result in a spate of bankruptcies in US.

US to add 75mn barrels

President Donald Trump has said the US is “looking to” add 75 million barrels of oil to its Strategic Petroleum Reserve (SPR) as oil futures tumbled into negative territory.

“Based on the record low price of oil that you have been seeing, it is at a level that is very interesting to a lot of people,” Trump said on Monday at a White House press briefing, Xinhua news agency reported.

“We are looking to put as much as 75 million barrels into the reserves themselves that would top it out,” he said, adding “we would get it for the right price,” he said.

The SPR, the world’s largest supply of emergency crude oil, was established by the US federal government in the 1970s primarily to reduce the impact of disruptions in supplies of petroleum products.