After remaining closed for two months due to the coronavirus pandemic, the compound of the Al-Aqsa mosque in Jerusalem, which is the third-holiest site in Islam after Mecca and Medina in Saudi Arabia, started welcoming worshippers from Sunday again.

Hundreds of people, many of whom wore protective masks, chanted “god is great” as they stood at the mosque’s wooden doors, while some kissed the ground, reports the BBC. They were then greeted by mosque director Omar al-Kiswani, who thanked them for being patient.

The compound also houses the Dome of the Rock.

Prayers will be held in the open in marked sections, each holding up to 50 people, reports The Times of Israel. 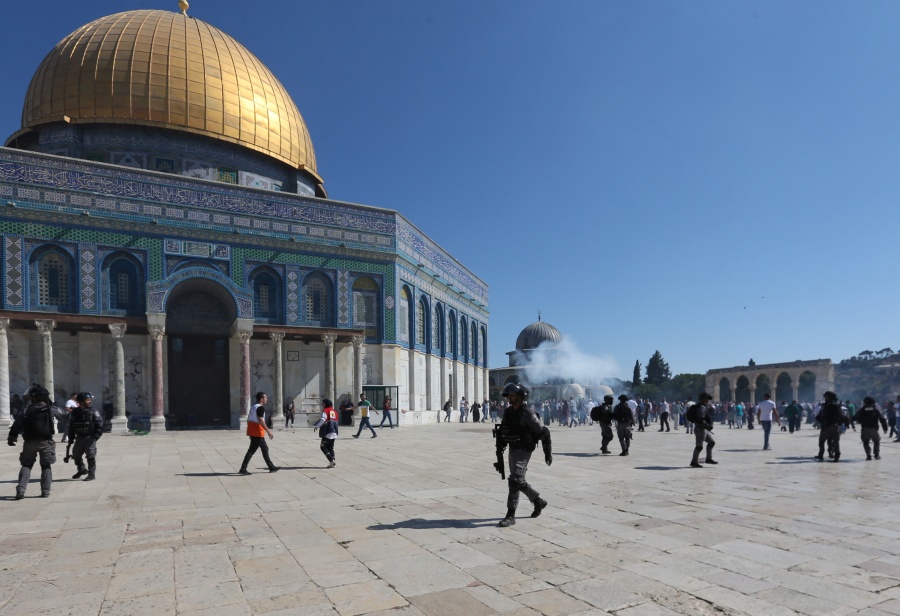 The Al-Aqsa mosque is part of the Temple Mount/Haram al-Sharif compound, which is one of Islam’s holiest sites and the holiest site in Judaism. The site is a source of religious and political tension between Israelis and Palestinians and a frequent flashpoint for violence.

Italy’s celebrated leaning Tower of Pisa has reopened to tourists three months after closing due to the coronavirus pandemic.

First to climb the more than 280 steps on Saturday were 10-year-old Matilde and her father Roberto, BBC quoted the Italian Ansa news agency as saying in a report.

Visitor numbers were being restricted to 15 at a time at the monument, which, along with surrounding attractions, normally draws five million annually.

Tourists have to wear face masks and an electronic device which sends out signals and sounds if anyone gets within a metre of anyone else.

The president of the board of directors responsible for the tower and surrounding monuments, Pierfrancesco Pacini, described it as a new start.

“Our budget will suffer heavy losses but we still wanted to send a signal of confidence and hope,” the BBC quoted Pacini as saying.

The tower, whose construction began in 1173, is among several Italian tourists sites to open again, including Milan Cathedral.

Italy is enjoying a cautious relaxation of what were some of the strictest lockdown measures in the world. 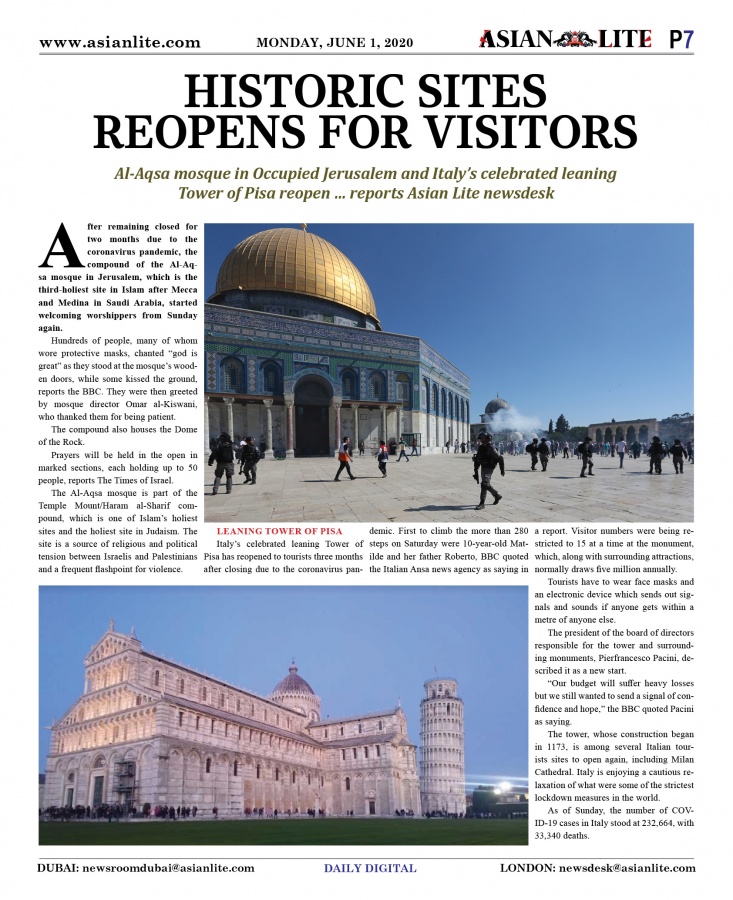