The Indians will be sent to selected quarantine camps soon after their medical observation and they will be kept there under observation for next 15 days, a government official said.

First batch of 58 stranded Indians, including women and children, were brought back from coronavirus-hit Iran in a C-17 Globemaster military aircraft on Tuesday, officials said.

The Indian Air Force (IAF) aircraft landed with the Indians at Hindon air base in Ghaziabad, Uttar Pradesh on early Tuesday.

The evacuated Indians were being assisted by an IAF medical team and support staff onboard the aircraft which left from Tehran with them for the humanitarian assistance mission.

The Indians will be sent to selected quarantine camps soon after their medical observation and they will be kept there under observation for next 15 days, a government official said.

India on Monday night sent C-17 Globemaster to evacuate the Indians. The aircraft took off at around 8 p.m. from Hindon air base on Monday. Indian government has began the evacuation operations from several countries in the wake of the COVID-19 outbreak which spread from Wuhan city in Hubei province of China — the epicenter of the COVID-19.

India engaged with China to safely evacuate its citizens and citizens of other friendly nations on a priority basis. Air India earlier operated two special flights for the evacuation of 654 passengers that included 647 Indian citizens. 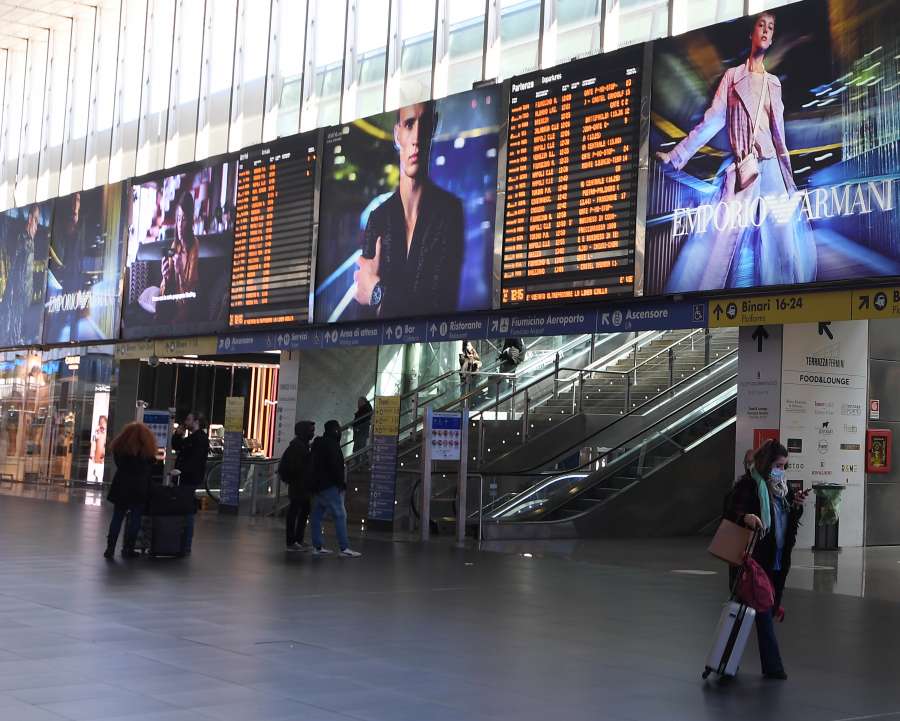 Italian health authorities said that a total of 7,985 coronavirus infection cases have been registered in the country, while the death toll has risen to 463.

“We have registered 102 new recoveries today, which brings the total to 724,” Civil Protection Department chief Angelo Borrelli, who serves as extraordinary commissioner for the coronavirus emergency, said at a press conference on Monday, media reported.

“We have also had 97 new fatalities, which has brought the death toll to 463,” he added.

Considering all data (including deaths and recoveries), the number of coronavirus cases assessed by health authorities was 9,172.

The official confirmed the vast majority of the fatalities occurred among elderly people.

At the same time, health authorities on Monday highlighted not only elders were at risk of infection. The communication came after several cases of young people not respecting new restricting rule in social life to contain the epidemic have been reported in recent days.

“The 22 percent of patients positive for COVID-19 are between 19 and 50 years old,” Italy’s National Health Institute (ISS) said in a statement.

“This is stated by an analysis of the National Health Institute, which makes it very clear that rules of social distancing must be respected by all age groups, including young people,” it added.

With regard to the health conditions of the 7,985 people currently positive for the coronavirus, the Civil Protection chief specified 4,316 of them were hospitalized with symptoms, another 733 were in intensive care, and 2,936 people asymptomatic or with light symptoms were in isolation at home.

Also on Monday, the Civil Protection Department coordinating the national task force against the epidemic confirmed new equipment and materials were being sent across hospitals in the most affected regions in order to strengthen their response capacity.

“Today we have begun distributing 325 new ventilators for intensive and sub-intensive care units, starting with Lombardy,” the extraordinary commissioner told the press conference.

To control the spread of the virus, Italian Prime Minister Giuseppe Conte announced late on Monday that the containment measures will be extended to the entire country in the next hours.

“All movements will be restricted across the entire country, but for those justified by three specific reasons: provable work reason, emergency cases, and health needs,” Conte told a televised press conference.

The new rules are to be included in a decree that would enter into force by Tuesday, and stay in force at least up to April 3, according to the prime minister.