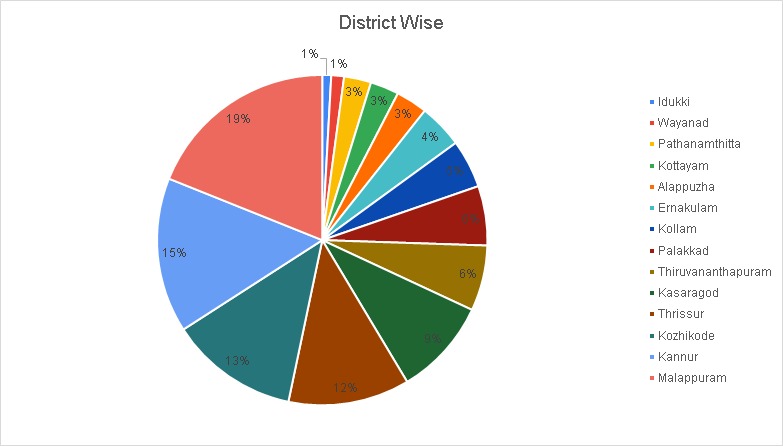 The Kerala Muslim Cultural Centre (KMCC) has appealed to the central government to resume flight services to repatriate stranded Indians, who tested negative for coronavirus, in the Gulf.

Mr Anwar Naha of the KMCC in Dubai said that the Kerala government should intervene in the issue.

“Most of the expats in the Gulf are from Kerala. While countries like Pakistan, Britain etc have set example by repatriating their citizens, including Covid-19 patients, stranded in foreign countries, our governments are ignoring the plight of expatriate workers,” Mr Naha told Asian Lite. “Expatriates are the backbone of India’s economy and this is the opportunity for the state and central governments to pay their due to the Indian diaspora.”

The KMCC had sought exemptions in travel restrictions to help the stranded Indians to return home.

KMCC has compiled a data bank of people who want to return to Kerala.

“More than 30,000 people have registered within four days. The data will be helpful for the concerned state and district administrations especially the health departments to monitor,” said Mr Naha. “A district-wise data of the applicants is available in the list. To save the expats from further sufferings, the governments should act now to repatriate them.”

23 per cent of the registered people are jobless and looking for financial assistance for existence. 21 per cent are on tourist visa. Most of them unemployed, job seekers who got their visa expired. 5 per cent are pregnant and 3 per cent are senior citizens.  The data also contains students who want to resume their studies in Kerala.

“The data contains the complete list of Keralites who want to return to their homeland due to urgent reasons and also in need of medical care,” said Mr Naha. “The list will also help the state government to organise quarantine facilities prescribed by the World Health Organisation.”

Of an estimated 2.5 million non-resident Keralites, 90 per cent of them are in the Middle East countries, three to five lakh are likely to return after the revival of air services.

Twelve hours after the Kerala government opened a website, on which all those who want to return from abroad would have to register, over 150,000 of Kerala diaspora have registered expressing their desire to return, when the airports open. These registrations are mostly from the various Middle East countries and among it, the maximum registrations are from the UAE.

The registration has to be done on www.norkaroots.org, of the state-run Norka-Roots, the official body of diaspora.

This new facility was opened by the Kerala government, after the Centre, following the numerous requests from several quarters decided to take a positive step.

The Union Cabinet Secretary a few days back asked the various state-chief secretaries about the arrangements and the manner in which the returning diaspora would be taken care of.

Kerala Chief Minister Pinarayi Vijayan had informed the efforts of Kerala were praised by the Cabinet secretary and asked other states to follow the way Kerala has done.

Vijayan also pointed out that all arrangements were ready at the four Kerala airports.

Those arriving will be screened. While those with no Covid-19 symptoms will be allowed to go for home isolation, others will be quarantined under the present medical guidelines.

According to the state government, various hostels, hotels, halls, private hospitals with accommodation facilities as well as floating houseboats at Alappuzha are ready to house them.

While many of these coronavirus care centres would be operated for free, those wishing better facilities and comfort will have to pay.