Giving a taste of the hard truth, Prime Minister Narendra Modi asserted on Tuesday that coronavirus will continue to remain a reality for some time to come. However, the next lockdown is less likely to be the same as the previous lockdowns. While he refused to divulge more details, stating that the fine print will be announced before May 18, Modi hinted that lockdown 4.0 will be “totally new, totally different”.

It is believed there is likely to be more relaxation in public movement to be given in the forthcoming lockdown with adherence to norms of social distancing and personal hygiene.

However, the focus of the PM’s much-awaited televised address to the nation was his thrust on the economy. Modi announced an economic package, which along with previous packages and RBI reprieves, will amount to Rs 20 lakh crore and which he claimed will address issues pertaining to land, labour, liquidity and loss. The total economic package, Modi claimed, will be approximately 10 per cent of India’s GDP.

According to the Prime Minister, the package will help India get to its ultimate goal of being “self-reliant”. “This package is for the farmers, for our middle class who honestly pay taxes and our industry who are determined to take India to heights,” he said.

He termed economy, infrastructure, technology-driven system, vibrant demography and demand the five pillars which need to be used by India.

Jan Dhan, Aaadhaar and mobile technology helped the poor and the marginalised during this lockdown and the ambit of reforms needs to be widened so that the impact in future is minimal on individuals, he said.

Modi on Tuesday stressed the need for a self-sufficient India while talking specifically about production of PPE kits, N95 masks and medicines that have come to aid the world. He has been consistently harping on this theme for some time now. But the Prime Minister asserted that India can and will use this crisis as an opportunity to make this century as that of India’s. The economic package is dedicated for that purpose, he said.

He said that the package has special focus on the marginalised, poor, fishermen, and migrant labourers. In a significant statement, Modi said the local business came to rescue of people during the lockdown and India needs to recognize its worth.

“From today onwards, all Indians should be vocal about local. They shouldn’t only buy local products but should equally advertise them with pride,” he said. Referring to India’s response to his appeal to buy khadi products, he suggested that it’s time to buy local. 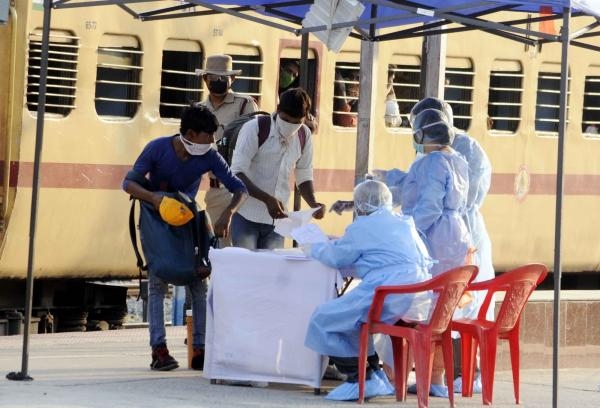 He passingly referred to the Kutch earthquake to stress Indians’ resolve. “We never thought Kutch could never stand on its feet. But it did. If we Indians determine to do so, nothing stops us,” he said.

While no specifics were given either terms of the economic package or the next lockdown, PM Modi gave some macro points – that Indians will have to learn to live with this virus and use this crisis as an opportunity to once again go local from global, giving the domestic market an impetus. In the meanwhile, the government will stand by not just the poor and marginalised but even the middle class and those from the industry.

The Prime Minister said that even though the situation in the country is unprecedented, humanity will not accept defeat from the pandemic.

“The humankind will not deter. We will have to further firm up our resolve, protect ourselves and march forward,” he added.

He said when the crisis began, the country did not manufacture a single PPE and only a few N95 masks were available. “Today two lakh PPE kits and two lakh N95 masks are manufactured in India daily.”

The Prime Minister said during the challenging time, Indian medicines have come out as a ray of hope. “Due to this step, India is being praised across the world and the Indians feel proud. The world has started believing that India can perform much better.”

The country has the sources, ability and world’s best talent and can make the best products, he added.

In India, there are over 70,000 confirmed cases and more than 2,200 people have succumbed to the viral disease.

The PM expressed his condolences to the families who have lost their loved ones to the deadly virus.