The US now has more than 83,000 confirmed cases with the death toll topping 1,200 by end of day March 26…reports Nikhila Natarajan from New York

Nineteen out of 50 US states are reporting “extraordinarily” low numbers of coronavirus infections and the New York area alone is turning up 55 per cent of all new cases at a time when the Covid-19 pandemic caseload in America surged past China and Italys numbers on Thursday.

“At this time, we do have 19 out of our 50 states that had early cases but have persistently low level of cases and at this point have less than 200 cases”, Deborah Birx, White House coronavirus co-ordinator said at an hour-long briefing this evening.

Birx reassured Americans that they need not fear a sudden spike where a substantial portion of the population gets infected.

“There’s no model right now and no ground reality where we can see that 60 to 70 percent of Americans are going to get infected in the next eight to 12 weeks. I just want to be clear about that”, Birx said.

Birx explained that the 19 states which are showing a total of only 200 cases are continuing to test and apply mitigation strategies. Most of the high risk cases are concentrated in urban areas, Birx said.

At this time, 86 per cent of the tests done on people who present with fever and symptoms are coming back negative, according to Birx.

Continuing to shine a light on data-led bright spots, Birx said that no country till date has shown an attack rate of more than one in 1000.

“The only people who are over really one in 1000 cases are those that have very small populations, like Monaco.”

Birx cautioned that predictive modeling is not matching the ground reality either in the US, China, South Korea or Italy.

“So when people start talking about 20% of a population getting infected, it’s very scary, but we don’t have data that matches that based on the experience”, Birx said. She was speaking to reports that have been painting alarming scenarios for the UK attack rate.

Earlier, Birx urged Americans “not to let up for a moment” as the 15 day mark nears for the first test case of social distancing guidelines.

“This is a real call to every person in New York City in the New York metro area to continue to follow the White House social distancing guidelines”, she said.

New York currently accounts for 31 per cent of people succumbing to Covid-19, according to data from Birx and New York Governor Cuomo.

The White House coronavirus task force pointed to early signs that social distancing norms in the US are beginning to work, with the number of new cases in the high risk New York area relatively “constant” instead of curving sharply upwards.

Two other areas e Wayne County in Michigan and Cook County in Chicago e are on the White House radar now because of a rapid increase in the number of cases.

By March 26, 552000 tests have been completed across the United States. 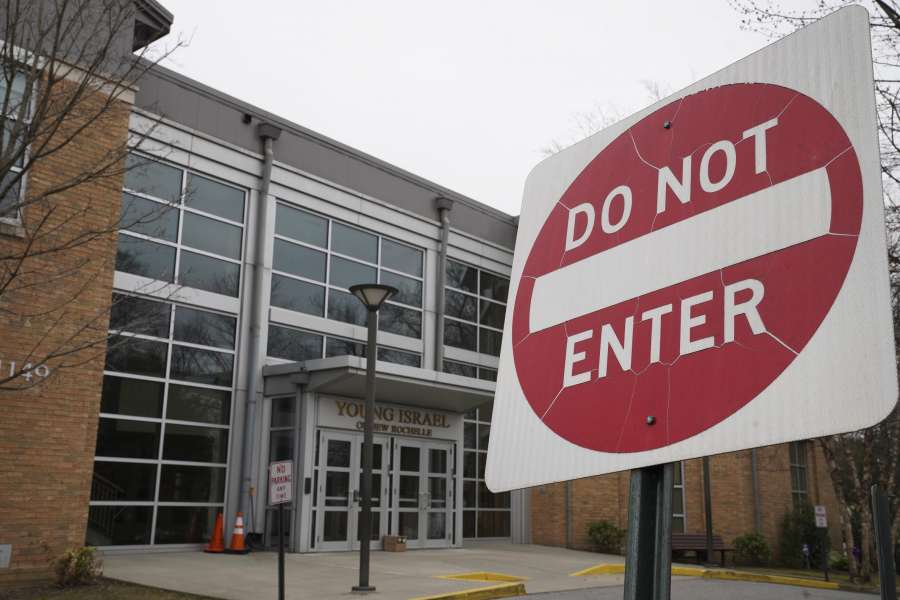