The number of coronavirus cases in India has crossed 649 and claimed 13 lives till Thursday, 12pm as new cases continue to come to light…reports Asian Lite News

According to the data released by the Ministry of Health and Family Welfare, 593 currently are active cases while 43 have been cured, discharged or migrated. Maharashtra has reported the maximum number of cases with 128.

Followed by Maharashtra, Kerala, Uttar Pradesh and Karnataka have reported maximum cases with a total of 122, 48 and 45 cases, including deaths.

The national capital too has seen a rise taking the total to 41 including one death and six others who have been cured.

As the country obeys a 21-day nationwide lockdown, we bring you the latest update of how the country is faring on Day 5 of the closure.

Two new positive cases of coronavirus have been reported in Mumbai and Thane. The total number of positive cases in the state stands at 128, the highest in India.

Mamata warns of action against officials for stopping essentials

West Bengal Chief Minister Mamata Banerjee on Wednesday warned state government officials that action would be taken against them if they tried to stop vegetable vendors and people engaged in the home delivery of essentials during the ongoing lockdown.

All forms of transport have stopped in Kolkata as the total number of positive cases in the state now stands at 10.

Three people with travel history from Spain, Australia and the US have tested positive for the virus. Officials stated that their conditions are stable, they have being quarantined and their contacts are being traced. The total numbers affected by the virus in the state is

Apart from doing its regular policing jobs, ever since COVID-19 struck, the Kerala Police has now become the cynosure of all eyes, after its video – on washing hands turned a global hit. 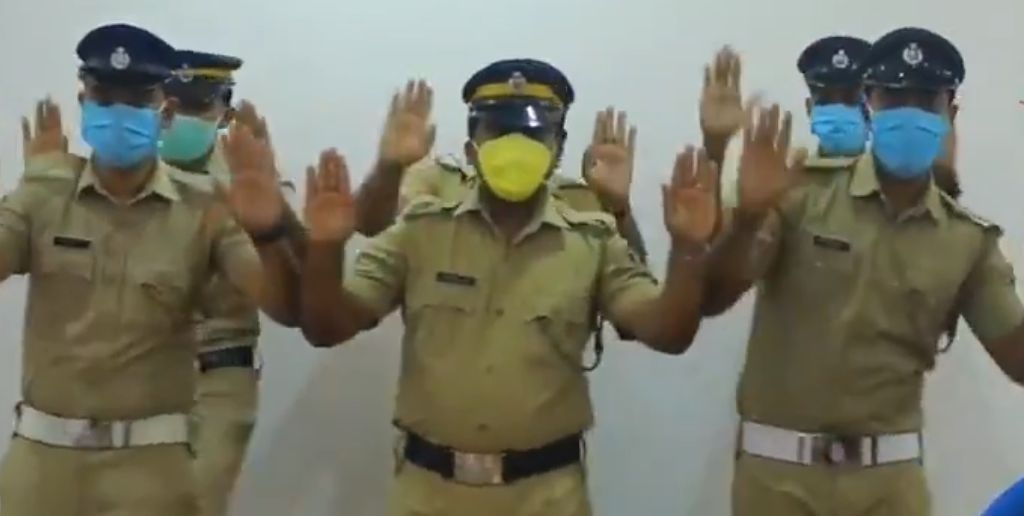 On Thursday, they come out with a new video – ‘practise yoga against corona’ and within an hour after it was put out, the 7.40 minute long video got more than a 100 views.

The video has been shot in the sprawling lawns of the State Police headquarters in the state capital city and is available on the YouTube channel of the Kerala Police.

Participating in this are three women and two police officials and it gives a broad glimpse of around 18 ‘asanas’.

According to Tamil Nadu Health Minister C. Vijayabaskar, three new positive cases have been reported in the state comprising of three males aged 18, 63 and 66.

He said the 66-year old male is the local contact for nationals of travellers from Thailand and has been admitted in the isolation ward in the hospital in Perundurai.

Out of these 26 persons who have tested positive, one person was cured and one patient died on Wednesday.

According to state health department, a 52-year-old man and a youth tested positive for the novel coronavirus in Andhra Pradesh on Wednesday night, taking the total number of cases to 10 in the state.

While the 22-year-old youth returned from the US to Vijayawada, the 52-year-old returned to his native town Guntur after attending a religious congregation in Nizamuddin Mosque in New Delhi, the statement by the department said.

Ten more people, including eight in the state capital, tested positive for coronavirus in Karnataka, raising the state’s total to 51, said an official here on Wednesday.

“Till date, 51 Covid-19 positive cases have been confirmed in the state, which includes one death and three discharges,” a health official told IANS.

The number of Covid-19 cases in Madhya Pradesh rose to 20 with five more patients in Indore hospitals testing positive.

Meanwhile, an Ujjain-based woman was died on Wednesday in Indore.

Of the five new cases in Indore, two are women, according to officials.

Seven districts in the state which are linked to coronavirus positive cases are under curfew.