According to the latest update by the John Hopkins University, the number of confirmed cases in Spain as of Saturday was 21,571 and the death toll stood at 1,093.

The number of deaths grew by more than 30 per cent compared to Thursday’s tally and of those who have the respiratory disease, 52 per cent were hospitalized and over 1,100 were in intensive care units (ICUs), Fernando Simon, spokesperson for the epidemic control center, said on Friday.

“We are trying to give the best guarantees of survival, but there are some that cannot be guaranteed.”

The country has been in a state of alarm since March 14 when it was put under lockdown, ordered the population to self-isolate at home and to respect social distancing measures to contain the spread of the virus.

Only shops stocking essential items, pharmacies and grocery stores remain open. Transportation has been reduced to a minimum.

The government also decided late on Thursday to close hotels and other tourist attractions, setting a deadline of one week for foreign visitors to leave the country. 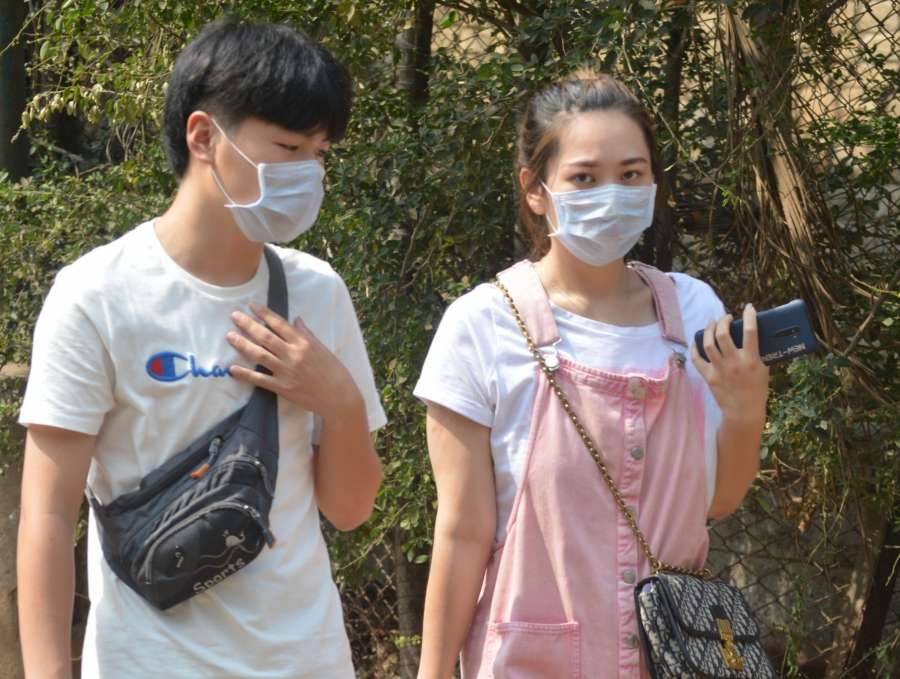 The hotels will be needed to house those who only have mild symptoms and people under quarantine.

Several establishments in Madrid have already been earmarked for these purposes.

In the coming days, military units will set up some 5,500 hospital beds for seriously ill people at a large conference hall on the outskirts of Madrid, the army said.

Meanwhile, health authorities insist that the epidemic has not yet reached its peak in Spain.

“Right now the data is very likely to underestimate the total number of transmissions,” Simon said.

The emergency coordinator admitted that there were intensive care units “being stretched to the limit” and, due to the overload of patients, admission criteria would have to be more restrictive.

Health Minister Salvador Illa reassured the country that “we are moving all of the available resources to adequately attend to all Spanish citizens”.

But he pointed out that masks, respirators and detection tests are “products that are difficult to get hold of because understandably countries are all stocking up on them.”

Seven days into an almost total lockdown of the population, which has seen people forcibly confined to their homes, large companies such as Inditex and Iberia have also announced temporary massive dismissals.

The president of Spain’s association for Small and Medium-sized Enterprises (SMEs), Gerardo Cuerva, has warned that some 300,000 jobs will be lost only this year if the crisis continues for longer than a month.

Textile giant Inditex, whose main shareholder is Spain’s richest man, Amancio Ortega, said that it would wait until April 15 to lay off 25,000 workers from its shops that have closed due to restrictions imposed by the crisis, although it will keep on jobs in production and logistics.

Inditex, which claims it would have been able to produce 300,000 masks by this weekend, in 2019 reported earnings of 3.6 billion euro, in addition to the 287 million it has set aside to confront the coronavirus crisis, according to the results it presented on Wednesday.

Some 300 textile companies, which employ 140,000 people in Spain, have come forward with offers to produce masks, overalls and other protective clothing, the country’s textile association ModaEspana said.

Amid the shortage, independent initiatives have been cropping up around the country: carpet or dress makers have started making masks, while rum distilleries and perfumers are now producing disinfectant.

The weekend is fast approaching and, with it, concerns from officials that people will flout the order to remain confined at home and travel to their holiday homes in the provinces or by the beach.

“You may not travel,” police chief Jose Angel Gonzalez said while announcing reinforcements of road patrols.

“We are watching on land, sea and in the air.”

The police are taking the opportunity afforded by the daily press conference to point out some exemplary or objectionable behavior. On Thursday, officers on patrol in a helicopter uncovered a massive party being held in a remote location in Madrid. The youngsters were fined.

Across the country, another 75 people were detained for violating restrictions.