“Sirajuddin Haqqani, head of the Haqqani network and the deputy leader of the Taliban has contracted the coronavirus. He recently met with other Taliban commanders. According to the sources, Haqqani’s test came positive on May 16 at the CMH hospital of the Pakistani military,” tweeted Harun Najafizada, a senior editor, Farsi News channel IranintlTV.

The report came at the time when United States Department of Defence quarterly report to US Congress said that Pakistan continues to harbour the Taliban and associated terrorist groups in Pakistan, such as the Haqqani Network, which maintains the ability to conduct attacks against Afghanistan interests.

The report is the first one to be issued since the US and the Taliban signed an agreement on February 29 to facilitate the withdrawal of American troops from Afghanistan. It comes at a time when the US special envoy for Afghanistan reconciliation Zalmay Khalilzad has called on India to hold direct talks with the Taliban. Pakistan continues to focus on countering Indian influence in Afghanistan and harbours the Taliban and groups such as the Haqqani Network, which have the ability to engage in violence on Afghan soil, according to a new Pentagon report. 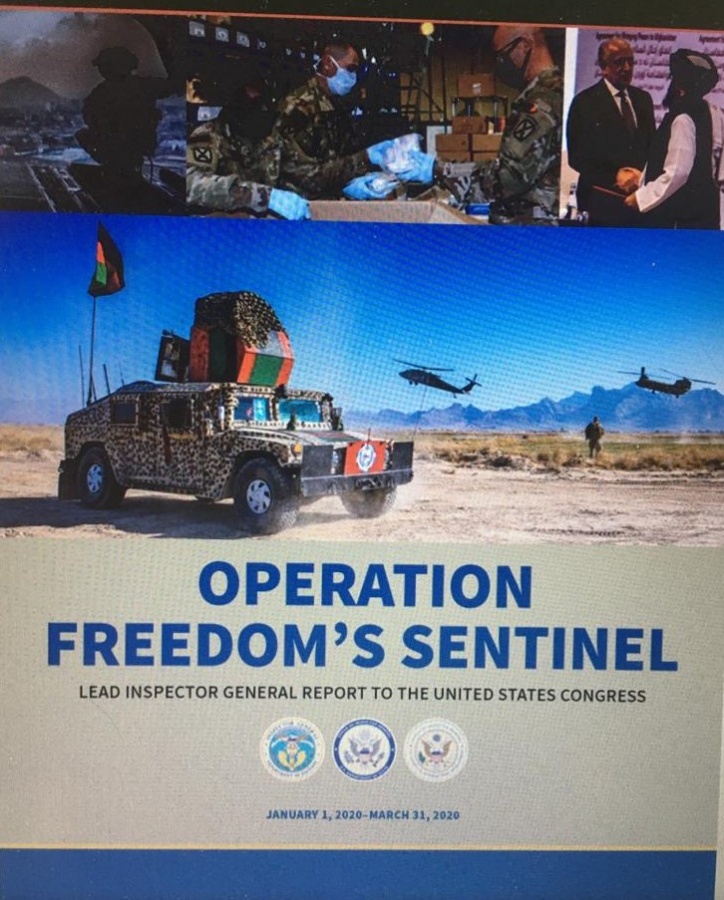 Haqqani network, with the active support of Pakistan agencies, is involved in the recent attack in Kabul. Afghanistan security agencies investing the twin blast in capital Kabul and the eastern province of Nangarhar on May 12, suspect the role of Haqqani network behind the Fidayeen attack. Several gunmen disguised as policemen attacked a Kabul hospital killing 16 people including two newborn babies. Notably, a part of this hospital is run by an international humanitarian organisation Doctors Without Borders. Over 40 people were killed in two terror attacks in Afghanistan.

The DIA also told the inspector general, “Pakistan continues to harbour the Taliban and associated militant groups in Pakistan, such as the Haqqani Network, which maintains the ability to conduct attacks against Afghan interests.”

Indian and Afghan officials have for long accused the Taliban, particularly its sword arm, the Haqqani Network, of having close links to the Pakistani military leadership. Most of the Taliban leadership and their families continue to be based in Pakistani cities such as Quetta. The report comes at a time when the US special envoy for Afghanistan reconciliation, Zalmay Khalilzad, has called on India to hold direct talks with the Taliban. However, the Trump administration’s outgoing point-person for South Asia, Alice Wells, said on May 20 that it was up to India to take a call on engaging with the Taliban. 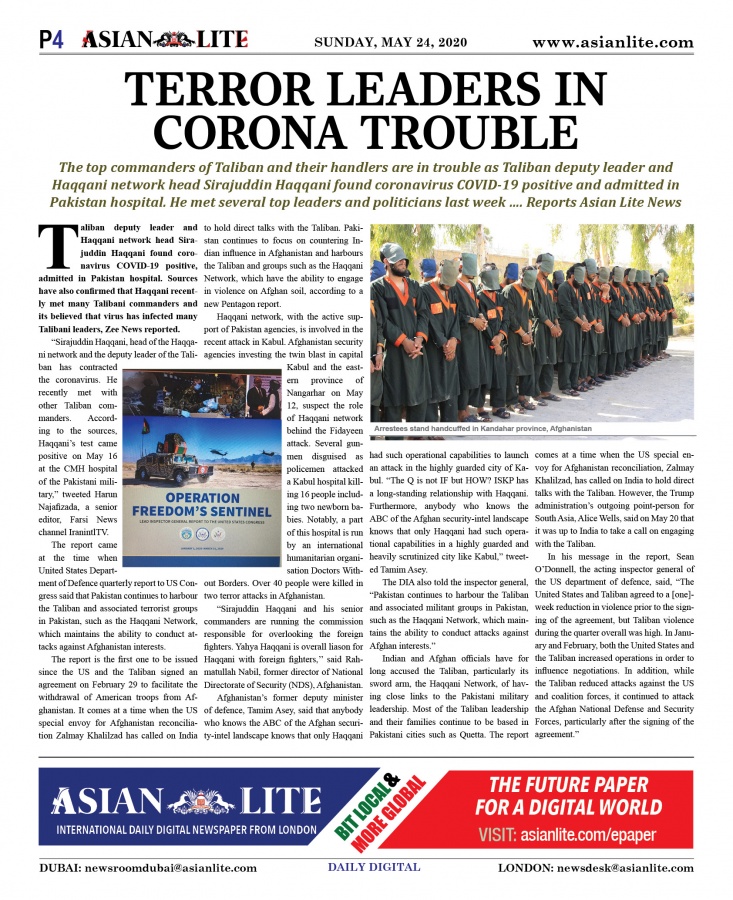 In his message in the report, Sean O’Donnell, the acting inspector general of the US department of defence, said, “The United States and Taliban agreed to a [one]-week reduction in violence prior to the signing of the agreement, but Taliban violence during the quarter overall was high. In January and February, both the United States and the Taliban increased operations in order to influence negotiations. In addition, while the Taliban reduced attacks against the US and coalition forces, it continued to attack the Afghan National Defense and Security Forces, particularly after the signing of the agreement.”

Early in May, in a joint operation with Afghan police and National Directorate of Security (NDS), special forces apprehended Khorasani, who is Daesh leader for the south and east areas of Asia and an Afghanistan citizen, in the Kart-e-Naw area of Kabul city. The two other terrorists–the terror group’s head of public relations and its intelligence head–were also apprehended.

The NDS in a statement after the raid said, “The group was comprised Daesh and Haqqani network members and led by Sanatullah, a Daesh commander, and was involved in the rocket attack on President Ghani’s inauguration ceremony, the attack on the Sikh temple in Kabul.’’

India’s Ministry of External Affairs (MEA) issued a statement to express strong condemnation of the terrorist attacks in Afghanistan. It said, “India strongly condemns the barbaric terrorist attacks against innocent civilians, including women and children, at the Dasht-e-Barchi hospital maternity ward, funeral in Nangarhar province and the Army check post in Laghman province on May 11-12. Such reprehensible attacks, including on mothers, newly born children, nurses, and mourning families are appalling and constitute crimes against humanity.”

Counter-terror operatives from India and Afghanistan believe that Pakistan agencies could be behind the attack. “We are heading towards a dirty war where the master-puppeteers will only change names, flags and mode of operation of their puppets. This war will only get more savage and dirtier as we near peace. It will be carried out unmanned and without responsibility to please their masters,” tweeted Asey.

There was no immediate claim of responsibility for either attack. Taliban has denied its involvement in both the attacks.