PRESIDENT DONALD TRUMP: Yes, I have… I think that the World Health Organization should be ashamed of themselves because they’re like the public relations agency for China.

President Donald Trump said he has evidence that the novel coronavirus originated in a lab in Wuhan, China, an unproven theory that contradicts the country’s National Intelligence, which hours earlier had rejected claims of that the virus had an artificial origin.

After learning that government officials pressured intelligence agencies to look for evidence of the COVID-19 having originated in a laboratory in Wuhan, the Office of the Director of National Intelligence on Thursday ruled out the possibility of an artificial origin of the virus, Efe news reported.

“The Intelligence Community also concurs with the wide scientific consensus that the COVID-19 virus was not manmade or genetically modified,” it said in a statement.

The federal agency added that the intelligence community “will continue to rigorously examine emerging information and intelligence to determine whether the outbreak began through contact with infected animals or if it was the result of an accident at a laboratory in Wuhan”.

This was the first clear response from American intelligence debunking conspiracy theories – both from the US and China – that the virus is a bio-weapon. But the possibility that the coronavirus could have inadvertently leaked from a research facility has not yet been disproven, said a BBC report.

Hours after the statement, which was unusual for the agency, Trump claimed to be unaware of its content and said he had evidence ï¿½ which he refused to disclose ï¿½ that the virus actually originated inside a laboratory in Wuhan.

When asked by a reporter if he had concrete evidence “that gives you a high degree of confidence that the Wuhan Institute of Virology was the origin of this virus”, Trump replied: “Yes, I have… I think that the World Health Organization should be ashamed of themselves because they’re like the public relations agency for China.”

“Whether they (China) made a mistake, or whether it started off as a mistake and then they made another one, or did somebody do something on purpose?

The Washington Post reported on Thursday that senior US officials had begun exploring the possibility of imposing punitive measures or seeking economic compensation from China for its alleged mismanagement of the pandemic.

The options being considered include taking away its sovereign immunity so that both the government and victims can file lawsuits against the Asian country, and cancelling some of the debt obligations. Trump, however, was inclined towards imposing fresh tariffs on China rather than stop paying its debt. 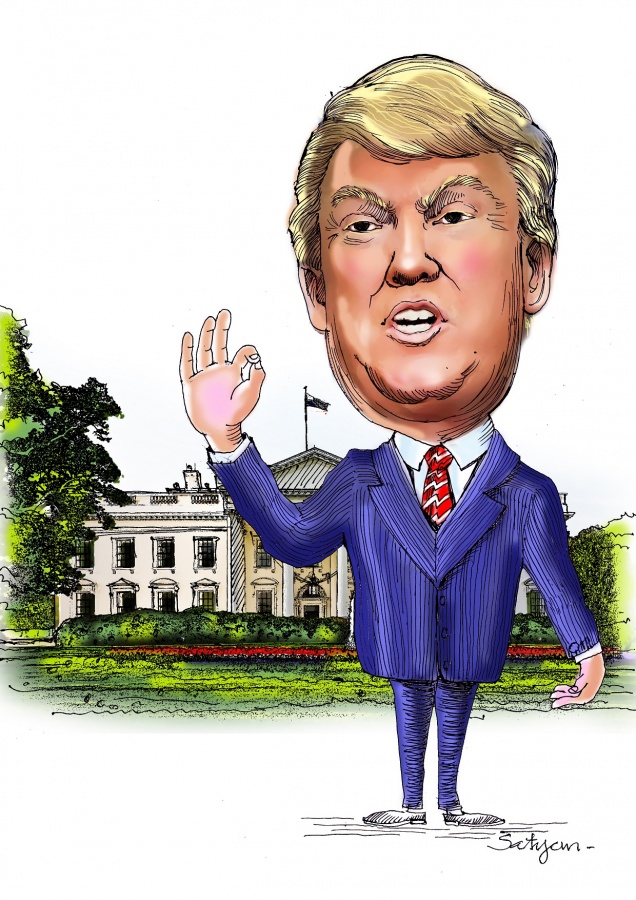 “We can do it with tariffs. We can do it other ways even beyond that without having to play that game,” said the President.

This latest development comes as the US currently accounts for the highest number of coronavirus cases, as well as deaths in the world.

Three US airlines have said that they will soon require passengers to wear face masks on flights amid the COVID-19 pandemic.

Delta’s requirements begin from May 4, while American’s and Frontier’s start from May 11 and May 8, respectively.

“This new requirement is part of the airline’s ongoing commitment to prioritizing customer and team member well-being in response to the coronavirus pandemic,” American Airlines said in a statement. 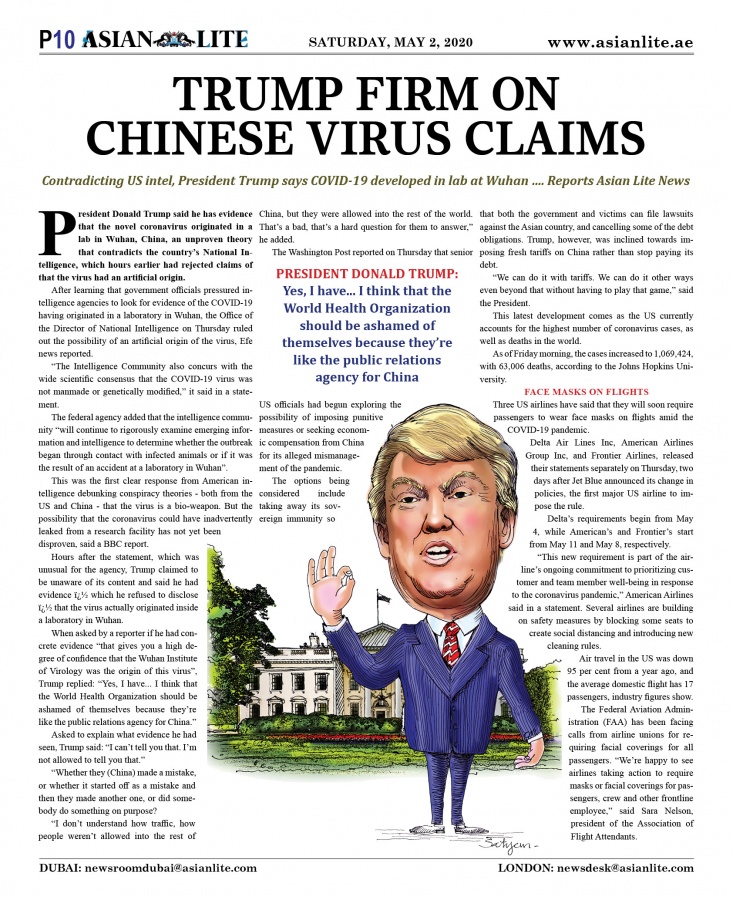 Several airlines are building on safety measures by blocking some seats to create social distancing and introducing new cleaning rules.

Air travel in the US was down 95 per cent from a year ago, and the average domestic flight has 17 passengers, industry figures show.

The Federal Aviation Administration (FAA) has been facing calls from airline unions for requiring facial coverings for all passengers.

“We’re happy to see airlines taking action to require masks or facial coverings for passengers, crew and other frontline employee,” said Sara Nelson, president of the Association of Flight Attendants.