Trump’s action was spurred by the outbreak in Italy, where 12,000 people have been infected and 929 have died, in the worst casualty after China, where the disease originated…reports Arul Louis and Nikhila Natarajan from New York 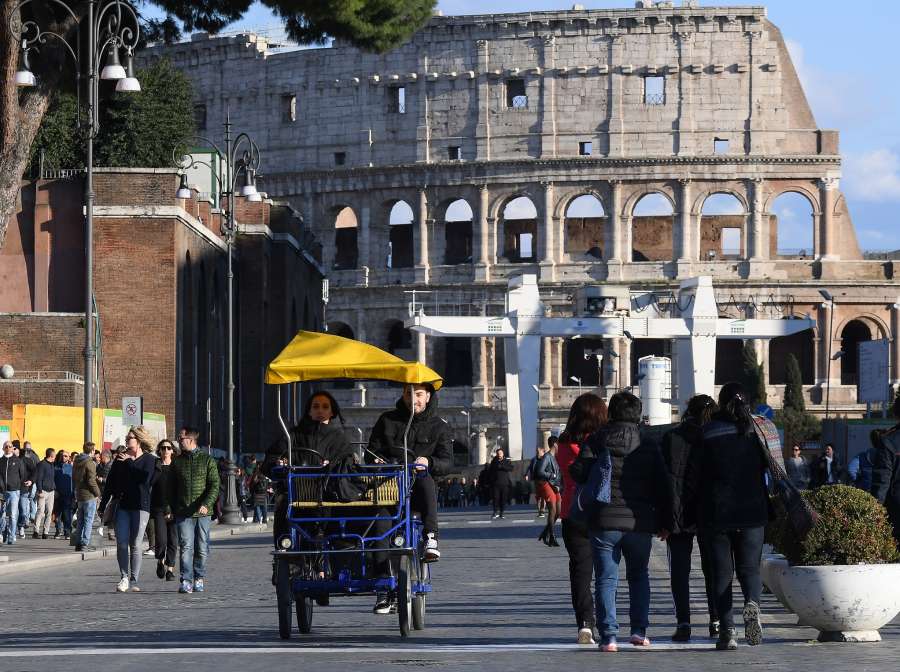 In an unprecedented move, US President Donald Trump has announced he is shutting down travel from Europe to the US as the coronavirus grew into a pandemic that he said called for an “unprecedented response”.

Speaking to the nation from the White House Oval Office on Wednesday night, Trump said the travel ban will come into effect Friday night, but will not apply to travellers from Britain.

“Smart action today will prevent the spread of the virus tomorrow,” Trump said as the coronavirus cases exceeded 1,000 in the US and 29 deaths from it have been reported.

The travel ban will be in effect for 30 days.

US citizens, who are stranded, will be allowed in after proper screening, he said.

“The virus will not have a chance against us. We have the most talented researchers and scientists in the world”, Trump said, in a bid to reassure Americans.

Trump’s action was spurred by the outbreak in Italy, where 12,000 people have been infected and 929 have died, in the worst casualty after China, where the disease originated.

The action followed the World Health Organisation declaring the Covid-19 disease a pandemic, which essentially puts everyone at risk.

Earlier India had taken the momentous step of suspending all visas but the official ones for non-citizens to the country.

Italy, which is worst hit by the coronavirus crisis, ordered almost all businesses to shut down in the country, which is under a lockdown.

Anthony Fauci, the US administration’s expert on coronavirus, said the worst is yet to come and that COVID-19 with a kill rate of nearly 3 per cent is at least 10 times worse than the annual flu which has a mortality of 0.1 per cent.

Trump also said that he will take massive emergency action soon to protect workers who are infected with the coronavirus so that they can stay home without fear of losing pay.