As of Saturday, the total number of coronavirus cases around the world was 101,492, with 3,485 deaths. Meanwhile, 21 people on the Grand Princess cruise ship, which has been held off the California coast, have tested positive for the novel coronavirus…reports Asian Lite News

The death toll in the US due to the coronavirus outbreak rose to 17 on Saturday.

US President Donald Trump has signed into law an $8.3-billion emergency funding package to fight the spread of the deadly coronavirus in the country which has so far infected 329 people in 28 states and killed 17 others in America.

Trump signed the bill on Friday after Senate had overwhelmingly passed the funding package on Thursday, following a similar bipartisan approval by the House of Representatives a day earlier, reports media.

The bill, negotiated by leaders from both Senate and House appropriations panels, will boost funding for the testing of the virus, support the development of vaccines, as well as lower costs for medical treatments.

The plan includes nearly $7.8 billion in new funding to combat the spread of the virus at the local, state, national and international levels, and it also authorizes $500 million to allow Medicare beneficiaries to access tele-health programs.

The funding plan is significantly larger than the request from the White House, which initially asked for $2.5 billion to fight the disease.

Meanwhile, US Vice President Mike Pence has announced that 21 people on the Grand Princess cruise ship, which has been held off the California coast, have tested positive for the novel coronavirus. 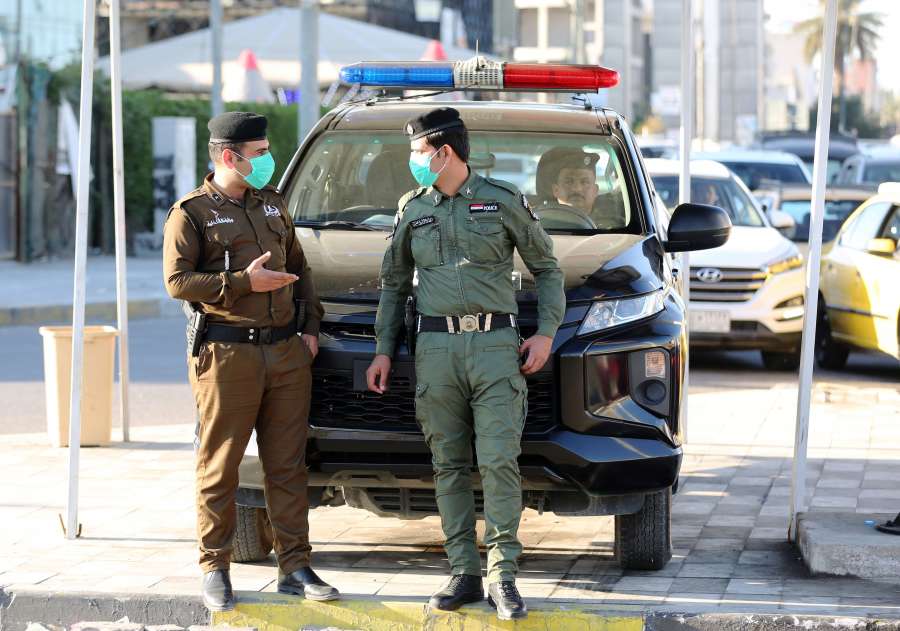 A total of 46 people aboard the Grand Princess had been swabbed for a coronavirus test with 24 of them showing “negative” and one “inconclusive”, Xinhua news agency quoted Pence as saying at a press briefing.

The 21 positive cases comprise 19 crew members and two passengers. The cruise ship was linked to the first coronavirus death in California amid possible virus spread aboard.

It was banned from docking at San Francisco, after one of its former passengers died from the virus on Wednesday. There were more than 3,000 people aboard the ship, according to local media reports.

Pence announced a plan to bring the ship to a non-commercial port and have the infected passengers quarantined at a US military base.

But the 1,100 crew members, he said “we anticipate that they will be quarantined on the ship, (and) they will not need to disembark”. Pence noted that “everyone on the ship” would be tested and they would be “quarantined as necessary”.

Search on for missing Iranian tourists in India

The missing 495 tourists from Iran are now being tracked by the Tourism Ministry after External Affairs Ministry said that there are whereabouts are not known.

These Iranian tourists who entered the country in February this year as being traced as Iran has shown one of the highest incidences of coronavirus cases.

The Health Ministry has written to the Toursim Department to track these tourists who had entered India before the travel advisory became applicable for Iranian nationals.

The situation in Iran has become worrisome as Iran has the third-highest number of deaths, currently standing at 124, following Italy where 148 deaths have been confirmed so far after China that has recorded the highest number of 3,042 deaths due to COVID-19.

The tracking being done through hotel addresses and tour operators and agents although as of now the search is not on the count of these tourists being coronavius infected.

On Thursday, the External Affairs Ministry had said that they have not received any information from the Iran Embassy about 495 tourists who are said to be in India but are not traceable.

External Affairs Ministry Raveesh Kumar had emphasized that there is no need for panic because the tourists had arrived in India before the outbreak of coronavirus in their home country.

“As per protocol when a foreign national goes missing, the embassy concerned is the first to know and then notify us. We have so far not received any information from the Iranian embassy,” Raveesh Kumar had said.

Meanwhile, the number of cases in Europe crossed 5,000 and is rising fast, according to reports. The cultural events, competitions and other major conferences have been cancelled.

The largest is in Italy, but France, Germany and Spain are also being hit hard.

The number of confirmed cases in the UK rose to 164 on Saturday with two fatalities.

The deadly novel coronavirus has now infected more than 100,000 people around the world, but in mainland China, the country of the virus’s origin, the number of new cases fell on Saturday to just 99, the first time since January 18 that fewer than 100 cases were recorded.

This is the second day there were no further cases elsewhere in Hubei province where the outbreak began.

On Friday, the World Health Organization (WHO) urged countries to make the fight against the coronavirus outbreak their “highest priority”.

“As cases increase, we are continuing to recommend that all countries make containment their highest priority,” Efe news quoted WHO Director General Tedros Adhanom Ghebreyesus as saying at a daily briefing.

Mike Ryan, Executive director of WHO’s health emergencies programme, called for caution against the assumption, which has been proposed by some scientists, that COVID-19 would subside in the summer like a seasonal flu.

“We have to assume the virus will continue to have the capacity to spread,” the SCMP quoted Ryan as saying in Geneva on Friday.

“It’s a false hope to say, yes, that it will disappear like the flu… We can’t make that assumption. And there is no evidence.”