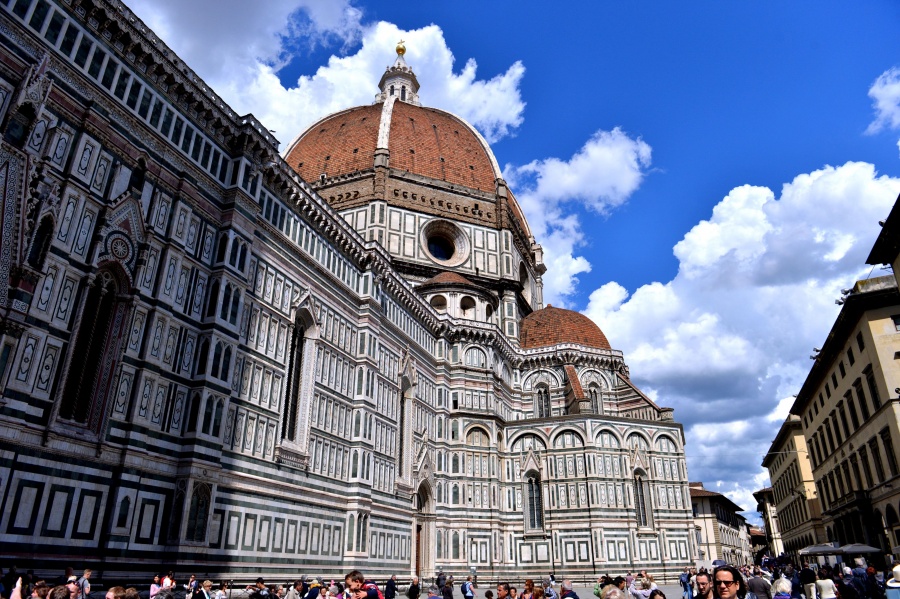 Two weeks later, museums will be allowed to reopen on May 18.

Initially, the number of visits is expected to be small.

Last week, Minister of Tourism Dario Franceschini said he did not expect foreign tourists, who represent the bulk of the country’s tourist industry, to return to Italy in large numbers until 2021.

At the start, movement within the country will be limited even for Italians looking to travel outside their region.

Florence’s sprawling Uffizi Museum, for example, will only allow 450 visitors into the museum at a time, half its normal number.

In Rome, the full exhibit to mark the 500th anniversary of the death of Renaissance master Raphael, will most likely end up shortened to just 15 days, since most of the works loaned to it must be returned.

The exhibit, the largest collection of Raphael’s work ever gathered in one place, had been scheduled to run from March 5 to June 2, was forced to close its doors just days after it opened.

Other museums say they’ll only allow tourists in by reservation or through the use of shifts.

But many of the country’s greatest museums are already open 24 hours a day for increasingly sophisticated virtual tours.

The Pinacoteca di Brera in Milan had a well-developed virtual presence even before the lockdown. But the museum’s director, James Bradburne, said in an interview that after the museum closed he had staffers working from home focused on further improving the museum’s high-definition digital presence.

Dozens of other Italian museums and cultural sites — ranging from the Uffizi in Florence and the Museum of Modern Art in Bologna to the Palazzo Ducale in Venice and the Colosseum in Rome — have taken similar steps.

Even the Scuderie del Quirinale has set up a virtual tour for the Raphael exhibit aimed at those unable to visit.

Italy is one of the European countries worst-hit by the coronavirus pandemic.

It currently accounts for the third highest coronavirus cases in the world with 209,328 infections, with 28,710 deaths.