Iconic actor Naseeruddin Shah recalls an incident from his early days in the city when he was a struggler, and how a moment of realisation back then changed his attitude towards prayer forever. 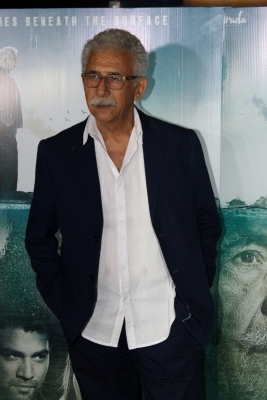 “I can recall that day even now. I was very vulnerable back then. I had no work, no friends in the city, no money to buy my bread and it felt like all the doors were closed. I thought I would pray. While performing Wudu I began to think, what is prayer about? Is it ‘saudebaazi’ (bargaining), where I say, ‘God please give me this and I will become that and I will offer you that’? No! That should not be the reason why we pray! That day and ever since, I never prayed to ask anything from the Almighty. My attitude towards prayer changed forever,” the veteran actor told.

“I only pray to express gratitude. When I was broken, I realised that the only solution is to get work and whoever offers me would appear to me as ‘God-like’. I have to hold myself strong till then. I think begging to God for things while praying is despicable,” he added.

Shah has recently appeared in the short film “Half Full”. Directed by debutant Karan Rawal, the film also features Vikrant Massey, and will premiere on the OTT platform ZEE5.

What made him sign up a short film directed by a greenhorn filmmaker? “I am very supportive of these short films that are made by young filmmakers. They have a voice that they express through storytelling and I think if the idea is good, it deserves support. I receive several scripts but I do not agree to work with all of them. You see, the idea, the story matters to me. I did not know this young man Karan before reading the script. That way, I did not know Shekhar Kapur before doing “Masoom’, I did not know Neeraj (Pandey) before doing “A Wednesday’. For me, the story matters. When I came on board for this film, I found the script interesting,” he explained.