Former US Secretary of State Colin Powell became the first Republican to endorse Democratic candidate Joe Biden for this year’s presidential election while adding that incumbent President Donald Trump “lies all the time”.

“I’m very close to Joe Biden on a social matter and on a political matter. I worked with him for 35, 40 years, and he is now the candidate and I will be voting for him,” Efe news quoted Powell, a longtime Republican who served as Secretary of State from 2001-2005 under former President George W. Bush and also as Chairman of the Joint Chiefs of Staff, as saying in a CNN interview on Sunday.

In the interview, the country’s former top diplomat criticized Trump and said that the President has not been an “effective leader”, adding that he “lies all the time” in office starting with his brazen and completely unfounded claim that he had the largest Inauguration Day in history.

“The situation has gotten worse,” Powell told CNN, adding: “Every American citizen has to sit down and think (it) through… Use your common sense. Say, ‘Is this good for my country?’

In response to the endorsement, Biden said in a tweet: “This isn’t about politics. This is about the future of our country. Grateful for your support, Secretary Powell.”

Trump also took to Twitter to slam Powell, recalling the role the former Secretary of State played in the narrative pushed by the George W. Bush administration that Saddam Hussein’s Iraq had weapons of mass destruction and that the US had to go to war with the Middle Eastern nation to ensure they were not used against Washington or its allies.

“Colin Powell, a real stiff who was very responsible for getting us into the disastrous Middle East Wars, just announced he will be voting for another stiff, Sleepy Joe Biden,” Trump tweeted.

“Didn’t Powell say that Iraq had ‘weapons of mass destruction?’ They didn’t, but off we went to WAR.”

The President also said that Powell, a four-star general, is “overrated”.

In 2016, Powell had backed the presidential candidacy of Democrat Hillary Clinton, who also served as Secretary of State under Barack Obama, rather than Trump, and in 2008 and 2012 he had voted for Obama. 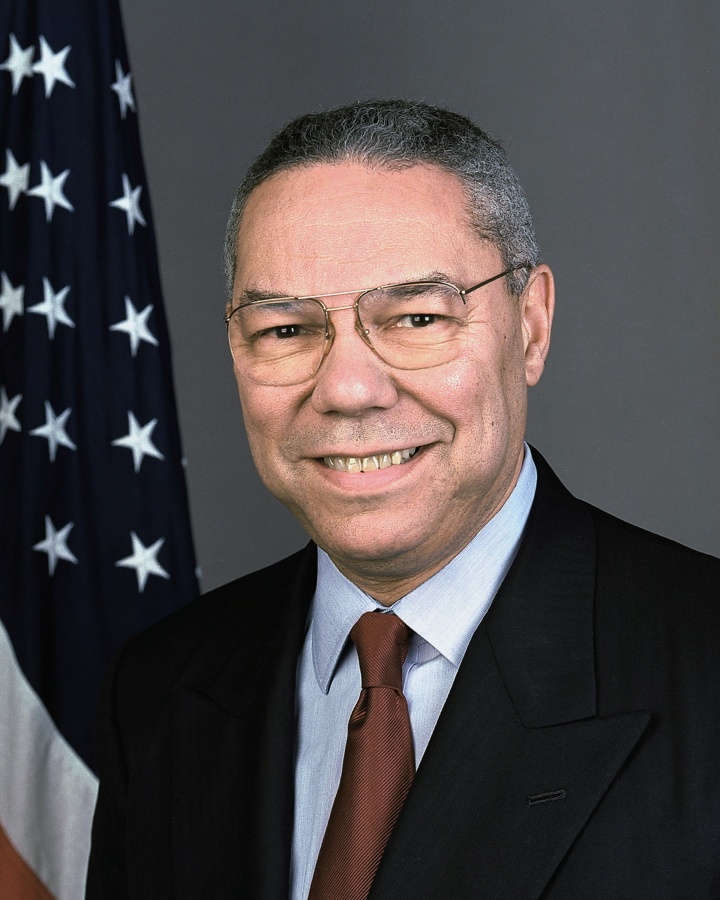 In recent days, Trump has been severely criticized for his management of the demonstration against police violence against Africa-Americans.

Trump has been criticized by, among others, Bush and Obama, as well as by his own former Defense Secretary, Gen. James Mattis.

Agreeing with Mattis, Powell told CNN on Sunday that Trump is the first President in his lifetime who does not attempt to unite the country, but rather continually tries to divide Americans, and adding that the recent protests have demonstrated to him that the country is at “a turning point”.

“The Republican Party, the President thought they were immune, they can say anything they wanted,” Powell said.

“And even more troubling, the Congress would just sit there and not in any way resist what the president is doing.

“The one word I have to use with respect to what he’s been doing for the last several years is the word I would never have used before, never would have used with any of the four Presidents I worked for, he lies.

“He lies about things. And he gets away with it because people will not hold him accountable,” he added.

As protesters in the US began turning their initial outrage over the death of African-American man George Floyd into demands for police reform and social justice, Democrats have proposed to overhaul legal protections for police and to fight systemic racism in the law enforcement.

With President Donald Trump’s administration proposing no specific policy changes in response to the widespread outrage, members of the Congressional Black Caucus (CBC) said they would introduce legislation in the House of Representatives on Monday to make policing more accountable, reports Xinhua news agency.

She said the package from House and Senate Democrats will be bolder than any law enforcement changes before.

“It is time for police culture in many departments to change,” she said, voicing her belief that the legislation will make “a major step forward” in that direction.

According to the draft document, the proposed legislation will revise the federal criminal police misconduct statute to make it easier to prosecute officers who are involved in misconduct.

The legislation will also make it easier to prosecute police officers over deadly incidents, to ban police choke holds and to establish a national database to record police misconduct.

House Judiciary Committee Chairman Jerrold Nadler, a co-author with Bass and the Democratic senators, will convene a hearing on the legislation this week although it is unclear if congressional Republicans will join the move