From Washington and New York to Chicago in the nation’s centre to Los Angeles and the Silicon Valley, over a dozen cities came under curfew on Monday night after being hammered by a night of looting that stretched into the day.

But hundreds defied the 11 p.m. curfew in New York and started looting shops, many of them selling luxury goods.

“If a city or a state refuses to take the actions that are necessary to defend the life and property of their residents, then I will deploy the US military and quickly solve the problem for them,” Trump said on Monday.

Controversially military police were deployed in Washington to clear protesters with teargas, flash grenades and rubber bullets outside the White House before the city’s curfew came into force to enable Trump to walk to a Protestant church that had been damaged by protesters.

Military Blackhawk helicopters flew low over some parts of the capital where there were protests in a show of force. 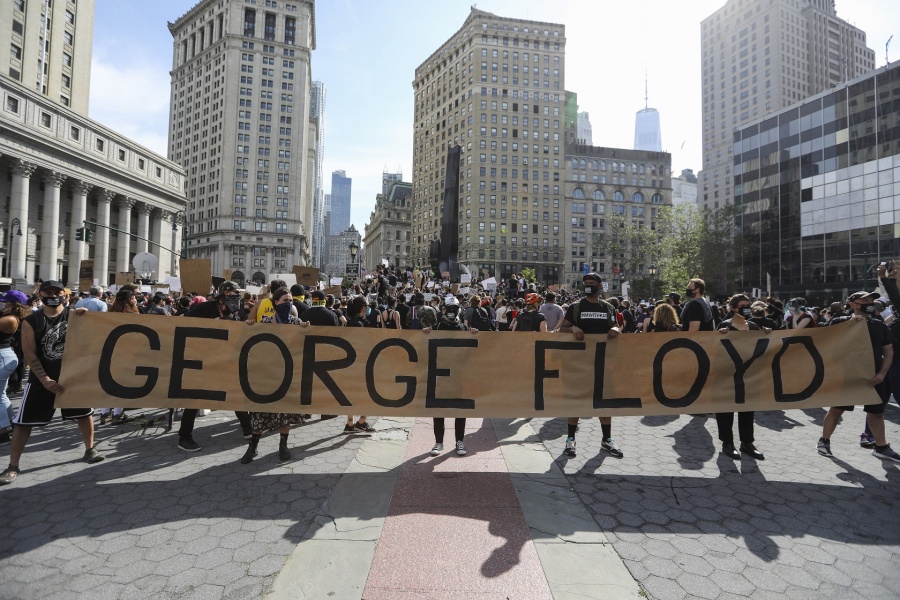 What began as a protest against the death of an African-American man, George Floyd under police custody Minneapolis on May 25, has spiralled into a nationwide movement against police brutality.

While most of the protests have been peaceful, a section of the protesters had turned to violence directed against not only police and government offices but also against businesses, many of them immigrant-owned small retail outlets.

In New York state’s capital Albany, Indian-American liquor shop owner Hari Kumar had his business broken into and looted. He told the local NBC-affiliated TV station that tens of thousands of dollars in cash and merchandise were taken from his store.

“Half of my life’s earnings is gone,” he said. “We didn’t deserve this. Have mercy on us guys.”

While hundreds of small shops were attacked, the main target of looters were luxury businesses like Rolex, Chanel and Leica cameras in New York and a pricey car dealership in the Silicon Valley.

Trump had tweeted last week when the first wave of attacks on businesses began, “when the looting starts, the shooting starts”. 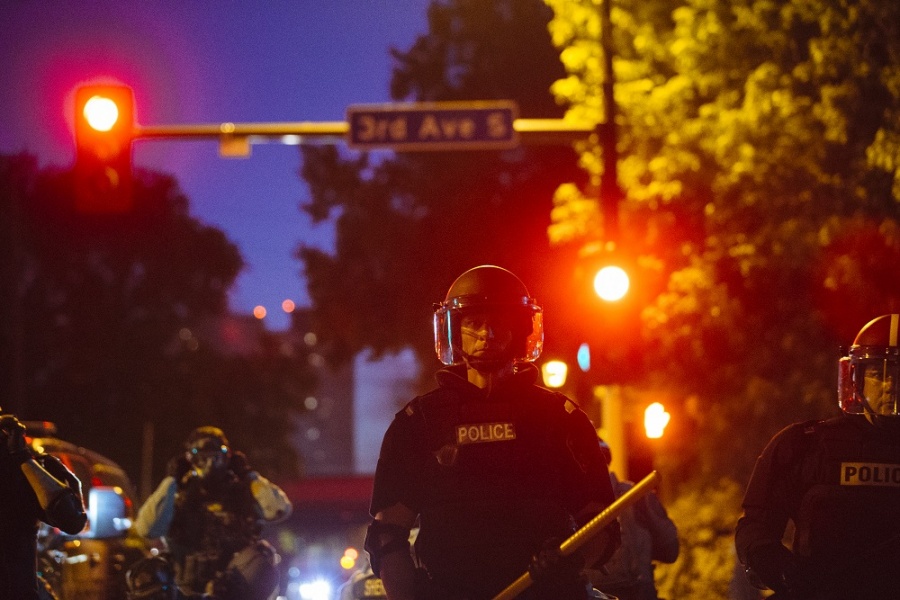 While directed against looters, it has been made out by many media outlets and Democrats to be a threat against all protesters, even though Trump had also tweeted: “These Thugs are dishonouring the memory of George Floyd.”

The extreme polarisation has led to some politicians and media conflating the violent people and the looters with the peaceful protesters, and this has created a dilemma for Democratic party leaders in dealing with violence.

ew York Governor Andrew Cuomo tried to make the distinction, saying: “The people who are exploiting the situation, the looting, that’s not protesting. That’s not righteous indignation. That’s criminality.”

While Trump has been criticised for calling for a hardline against violence, in most of the cities and states where curfew has been imposed and the national guard called out are run by Democrats, who have to protect their people.

New York Mayor Bill de Blasio, who belongs to the left-wing of the Democratic Party, declared: “We are going to address that (looting) very, very aggressively.” 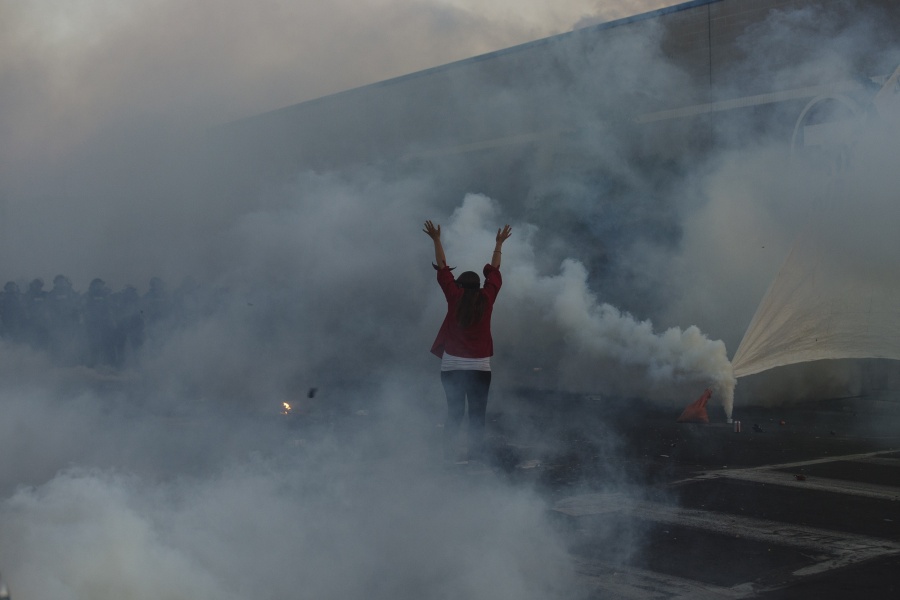 His daughter was arrested on Sunday while participating in a protest.

In New York, as elsewhere, police have been accused of excessive force against protesters, in one case driving their cars into those blocking a road.

Police have also taken conciliatory actions like joining demonstrators in a symbolic kneeling protest popularised by an American football player as a sign of opposition to police brutality.

Cuomo said that outsiders were involved in the violence.

One of the two lawyers arrested for attacking police in New York with a Molotov cocktail has been identified as Urooj Rahman.

Trump has said that he wanted to declare the Antifa, a loosely organised American group of anarchists whose name is short for anti-fascist.

The left-oriented group that has been involved in violent protests for several years against the government and institutions like the World Bank and is a suspect in the current violence. 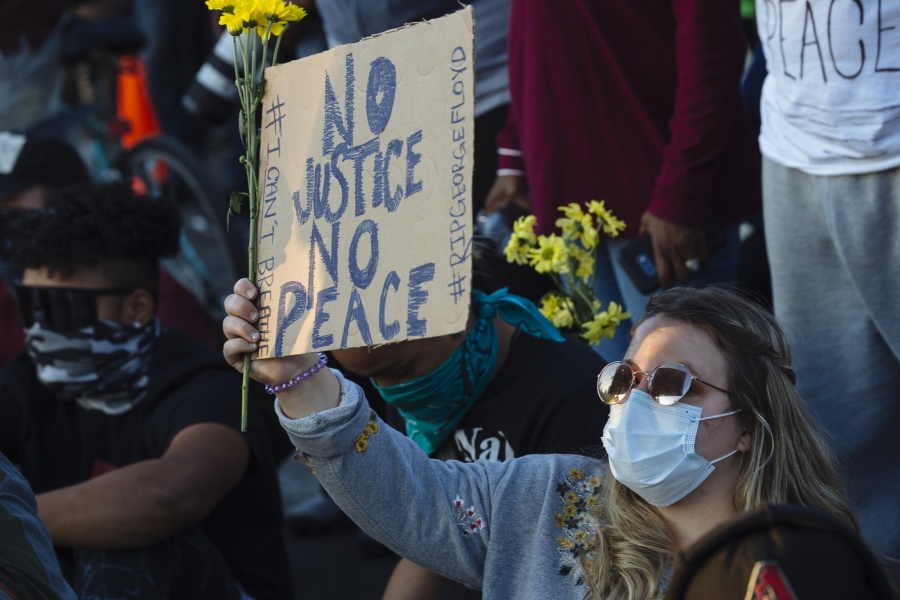 The protests have raised fears of COVID-19 spreading, especially in New York which was the epicentre of the disease and has finally managed to bringing it under control.

Cuomo warned that the protesters moving in close proximity and some without masks could “snatch defeat from the jaws of victorya over COVID-19.