More than three million people in the US have now tested positive for Covid-19, according to Johns Hopkins University.

Over 131,000 deaths have been reported, and on Tuesday the US broke its record for most new cases reported in one day, the BBC reported on Thursday.

Despite the rise, the White House wants to press forward on some reopenings, including for schools.

US Vice-President Mike Pence, who leads the White House Coronavirus Taskforce, argued rules should not be “too tough”.

Cases were flattening out, he said, while President Donald Trump said on Tuesday that America was “in a good place” regarding the pandemic.

Over 60,000 new cases were reported Tuesday, shattering the previous highest tally of 55,220 new cases on July 2. 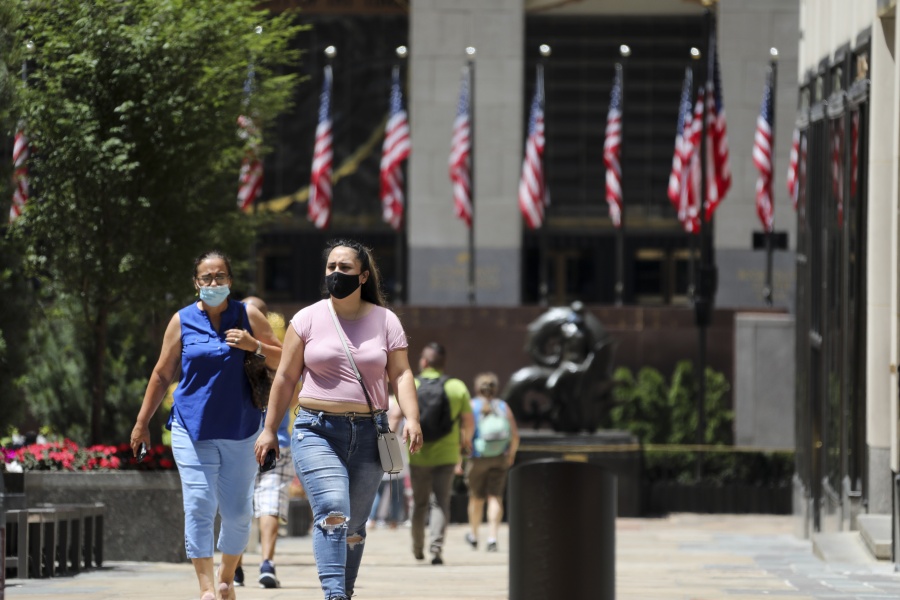 The latest figures came as the states of California and Texas each reported more than 10,000 new daily cases.

Dr Anthony Fauci, an infectious disease expert and adviser to the White House on the coronavirus, said the country was still “knee-deep” in only its first coronavirus wave.

Speaking to reporters at the US Department of Education on Wednesday, Pence defended the Trump administration’s response to the pandemic.

“While we mourn with those who mourn, because of what the American people have done, because of the extraordinary work of our healthcare workers around the country, we are encouraged that the average fatality rate continues to be low and steady,” he said after lowering his face mask.

He added that the US Centers for Disease Control and Prevention (CDC) will issue new guidelines on reopening schools after Trump criticised a plan put forward by the expert body as “very tough and expensive” and threatened to cut off funding to schools that don’t open in the autumn.

“The president said today we just don’t want the guidance to be too tough,” Mr Pence said. “That’s the reason why, next week, CDC is going to be issuing a new set of tools, five different documents that will be giving even more clarity on the guidance going forward.”

Schools in the US normally begin for the year in either August or early September.