The history of South Asia has been replete with conquests for which the area that is Pakistan today was the gateway. By and large ruthless, the more enlightened among the conquerors combined that trait with show of pragmatism. They co-opted the new subjects and became popular.

Pakistan’s own history has been one of military takeovers after which the generals sought legitimacy by floating political parties, contesting elections, becoming Heads of State and the first am among them, Ayub Khan, promoting himself to Field Marshal. They inter-changed the khaki and the civilian sherwani as occasions demanded.

Pervez Musharraf was the last of them to seize power. His new-century successors are pragmatic   – and cautious — enough to rule from behind, influencing every aspect of the polity without directly wielding power.

Their preferences differ, though. Ashfaq Kayani wanted his tenure doubled from three to six. He succeeded. Raheel Sharif basked in personal popularity, but the personality cult prevented job extension. He went on to head an international Islamic force. It’s a phantom army, but the job is lucrative.

His successor Jawed Bajwa has proved to be the smartest and the most successful, so far. He removed an inconvenient prime minister (Nawaz Sharif) with the judiciary’s help, engineered an entire election and put hand-picked Imran Khan in power.

His bid for job extension was sought to be scuttled by the top judiciary – actually a judge headed for retirement. However, the judges put Khan on the guillotine: change a faulty Army Act within six months if you want to retain Bajwa and the army’s support, or else!

Did the judiciary, by no means hostile to the military, anticipate the alacrity with which the lawmakers would act to smoothen out the whole process? It would seem so.

After a few sleepless nights, Khan had smooth sailing. His political opponents were only willing to strike deals. None wanted to anger the elephant in the room.

Parliament was a mere rubber stamp. Some lawmakers excitedly claimed that by passing this law, they were exercising civilian-democratic ‘supremacy’ over the military!

Now the military has the civilians, both lawmakers and judges, on the leash. The judiciary corrected its waywardness of convicting Pervez Musharraf by completely throwing out that court, its procedures and of course the verdict. The blame went to the most convenient scapegoat of the day – Nawaz Sharif – his head already under the scalpel. No appeal, the government’s top attorney announced.

It’s winners-take-all. But Bajwa is the sole winner. To repeat, he is the smartest and the most successful of the army chiefs, having not just the PM and the government, but the opposition also at his back and call.

Khan can continue to say the civil-military leadership is “on the same page.” Only, the ‘page’ must be read carefully – military is the whole ‘page’ of which the civilians are just a narrow margin. 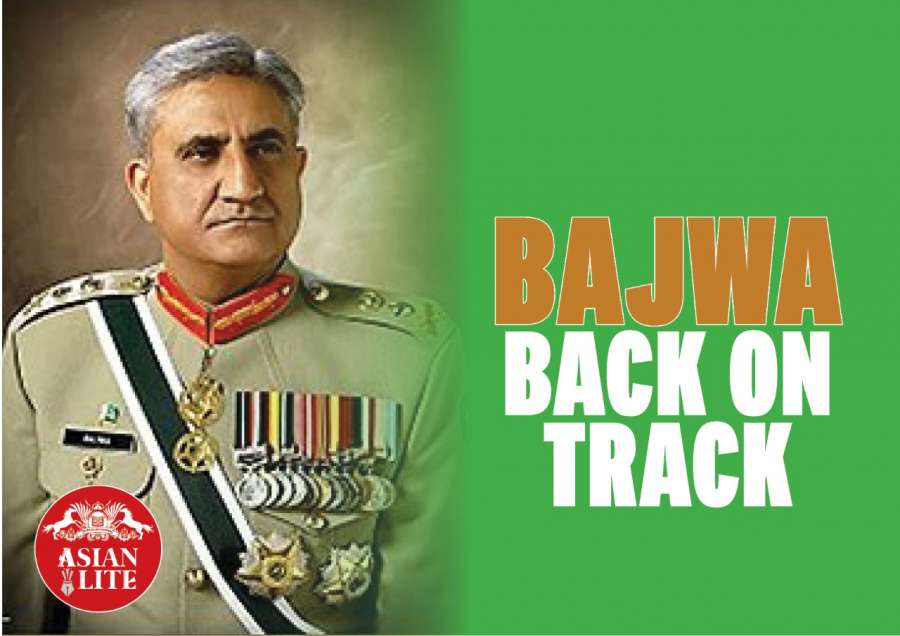