February 26 marks the first anniversary of Indian Air Force’s successful raids on terror targets at Balakot in Pakistan. But the country and its army have not learnt its lessons and it continue to widen the role of terrorist and extremist groups in its pursuit of strategic interests in the region. Its propaganda machinery may have gone into overdrive to scream injustice from India’s internal administrative measures in Kashmir …. Writes Dr Adarsh Madhavan 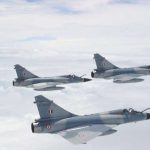 Despite ostracisation by international community over terror links, Pakistan under Prime Minister Imran Khan and Army Chief General Bajwa are continuing their support to terror outfits like Jaish-e-Mohammed and Lashkar-e-Taiba. The Pakistani Army and the government continue to demonstrate remarkable affinity towards terrorism and explicit patronage to the terrorist groups and their masterminds in their eternal battle to maintain a strategic parity with India.

Pakistan Army has not learnt its lessons and it continues to widen the role of terrorist and extremist groups in its pursuit of strategic interests in the region. Its propaganda machinery may have gone into overdrive to scream injustice from India’s internal administrative measures in Kashmir on August 5, but the fact remains that Rawalpindi/Islamabad have played a spoilsport in the Kashmir Valley, precipitating violence, chaos and disruption of normalcy. The 2008 Mumbai attacks is just a reminder of Pakistan military’s nefarious designs against India.

India is now in the pole position to maintain peace in the region. Its troops and intelligence network can outsmart designs of its enemies. Balakot is now seem to be a test dose and its success created a template for India to take action to protect its territory and its people.  According to a source, India can mobilise a raid within three hours to hit any targets inside Pakistan.

The Indian air strikes on terrorist training facilities in Balakot, Pakistan’s Khyber Paktunkhwa province were conducted in the early hours of 26 February. India sent its package of 12 Mirage 2000 fighter aircraft to hit the terror targets . The mission was code-named ‘Operation Bandar (Monkey)’ to maintain secrecy.

Indian fighter jets hit five of six designated targets.  This was in the aftermath of the targeting of an Indian security convoy in Kashmir’s Pulwama region on 14 February by a suicide bomber belonging to a Pakistan-based terrorist group. The Pulwama attack killed 40 security personnel and spiked tensions between India and Pakistan.

According to a review report prepared by the Indian Air Force, the “surprise element” was so complete that it was after the Indian jets turned back after striking the targets in Balakot that Pakistan scrambled its jets from as many as eight bases. But by then, the distance between the returning Indian jets and the scrambling Pakistani fighter aircraft was at least 10 minutes, an unnamed Indian Air Force officer quoted by the Hindustan Times said.

The quality of intelligence that led to the accurate pinpointing of the targets also was a clear positive highlighted in the IAF report, with an unnamed second official quoted by the newspaper saying that with quality inputs like this “we can hit any target inside Pakistan within three hours.”

Though there were as many as 6,000 defence forces personnel involved in the entire execution of the Balakot strike, all plans relating to the impending mission were successfully kept under wraps — which too has been listed as a positive in the IAF report. That all the top officers of the Indian Air Force went about their routine work helped lull Pakistan to some extent, the IAF report said.

If one looks at Pakistan’s treacherous record over the last decade, it is evident that the Pakistani state has no willingness or even the capacity to take on the forces of extremism and terrorism. Take for instance, the thriving terrorist training camps of Lashkar-e-Taiba (LeT) and Jaish-e-Mohammad (JeM), some of them in the densely populated urban centres of Punjab province.

While the LeT and JeM have utilised their locale as the ultimate shield to protect themselves and cadres, even the Pakistani state has used the same logic for its inability to take on these groups. When Pakistan found it difficult to maintain their support to these groups, the visible crackdown came in the form of ‘taking over’ of some of these group’s assets, but allowing the continuation of their activities behind the scenes, as seen in case of the JeM madrasa in Bahawalpur.

The same charade is now being repeated as the Financial Action Task Force (FATF), exerts pressure on Pakistan to act. But interestingly, not a single suspect has been arrested under the anti-money laundering regulations in Pakistan. Meanwhile terrorists such as Hafiz Saeed of LeT and Masood Azhar of JeM continue to operate with impunity with the regular farce of their arrests and then being released quietly once the international and media scrutiny is over.

In other cases, where Pakistan found the going difficult, as in the cases of training camps in and around Muzaffarabad in the Pakistan Occupied Kashmir, it put up a façade of crackdown. The international community has not forgotten the cover-up of the Pakistani Army in the immediate aftermath of the 26/11, when it took over some of the LeT camps in Shawai Nala and other areas. But as pointed out by Western media, only a few days later, a few kilometres away new training facilities came up like the one in Dulai, using advanced technologies and some cadres practicing even deadlier tactics for future attacks.

The group meanwhile has undergone multiple metamorphoses like the Falah-e-Insaniyat Foundation (FIF)– to guise itself as a charity organisation or a social movement. But the group continues to enjoy a free hand and plot more attacks and enlist support more and more causes including the Rohingya refugee crisis. Moreover, despite Pakistan’s so-called tough cybercrime laws, the FIF continues to operate in the cyber space, running website and seeking donations.

Another dimension that proves Pakistan’s non-seriousness is the status of the 26/11 trial which remains a joke, with different excuses being propped up by the defendants to delay the case proceedings. What’s more the key accused, Zaki-ur Rehman Lakhvi, the LeT head of operations remains out on bail since 2015. The mastermind of the 26/11 attacks, Hafiz Saeed meanwhile has transformed himself from a terrorist to a politician, setting up a political party, Milli Muslim League (MML). While the MML did not fare well in the national elections, the message from the Pakistani establishment was crystal clear: it doesn’t consider Saeed and his network of organisations as terrorists, and that they will be given a free hand to canvas their cause across Pakistan.

All this continues, even as the country’s leadership continues to spout usual rhetoric of it being the victim of terrorism and sacrifices it has made in fighting the United States’ ‘War on Terror’ under the so-called Bajwa doctrine. It has also regularly tom-tommed its counter-terrorism operations in Khyber Pakthunkhwa province as its commitment to fight terrorism.

However, what has definitely changed in the last ten years is that Pakistan is now effectively a pariah state in the international system, barring China, for whom the country remains a steadfast ally and a horse to push its Belt and Road Initiative agenda. The United States has more or less withdrawn the military aid that Islamabad used to receive for its contribution to the War on Terror. The country has also been grey-listed by the Financial Action Task Force, for its failure to effectively tackle the issue of terrorist financing and is in the danger of being blacklisted for its continued non-compliance. If it is not changing the terror tactics, it will attract more incidents like Balakot.