India’s willingness to supply essential medicines to the Gulf countries annoyed certain quarters in the region. India’s relationship with the Arab world has improved and even the Organisation of Islamic Countries invited India to its meeting held in Abu Dhabi in 2019. It was a major blow to Pakistan that has consistently opposed India’s entry into the grouping despite having the third-largest Muslim population in the world. India’s proximity to the Arab region is also annoying Turkey – the former colonial masters in the region…. writes Kaliph Anaz 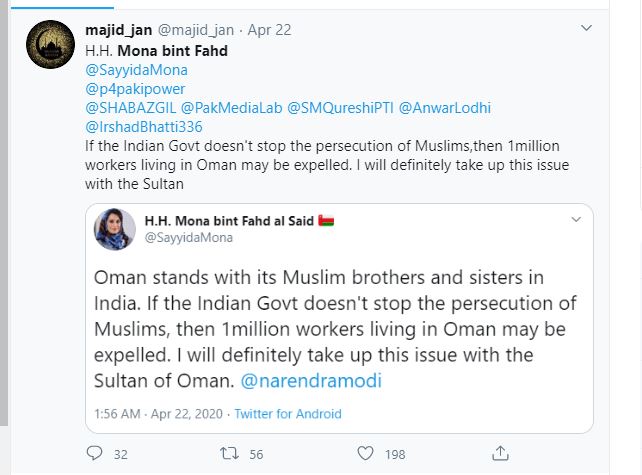 Social media platforms in the Gulf are flooded with messages against India and Prime Minister Narendra Modi in the backdrop of Covid-19 pandemic. The unusual activity was noticed just after UAE Ambassador to India Dr. Ahmed Albanna tweeted saying thanks to India for sending 5.5 million pills of Hydroxychloroquine tablets.

”Under the guidance of UAE leadership, @UAEembassyIndia succeeded in obtaining the approval of the Indian government to export adequate quantities of #Hydroxychloroquine to UAE,” the UAE Embassy in New Delhi tweeted. The tweet got wide appreciation in the Gulf and most of the media carried the news.

India’s medical supplies to the Gulf countries annoyed certain quarters in the region. India’s relationship with Arab world has improved and even the Organisation of Islamic Countries (OIC) invited India to its meeting held in Abu Dhabi in 2019. It was a major blow to Pakistan that has consistently opposed India’s entry into the grouping despite having the third-largest Muslim population in the world. India’s proximity to the Arab region is also annoying Turkey – the former colonial masters in the region.
Indian officials have linked the spurt of anti-India messages to a coordinated effort that has the “imprint” of Pakistani intelligence, the Hindustan Times reported.

According to an assessment handed to the government on Wednesday, the effort was designed to flood social media with messages to fuel anti-India sentiment, particularly in the Gulf countries, “by spreading false propaganda on Islamophobia in India”.
The Pakistani deep state, the report said, was attempting to bring a schism between India and close allies in the Gulf by attacking PM Modi who has invested heavily to deepen India’s ties with the Middle-East. The report also mentioned the role of help from Turkey to fuel the campaign against India.

Officials said Pakistan’s Inter-Service Public Relations are creating fake Facebook and Twitter accounts in the UAE, Oman, Saudi Arabia to instigating the local community against India. They want to project India as ‘Hindu extremist’ country and anti-Islamic.
Meanwhile, prominent Omani academic Mona bint Fahd who was impersonated by an ID connected with @OfficialDGISPR has issued a statement. In the statement, she said:”Friends, First of all I thank you for your concern to verify the offensive post published through an account impersonating me, which you are sure that I have no connection with it.”

“With full trust in all of you in strengthening awareness among all regarding such activities, which are not acceptable to the Omani society, I confirm again that my presence in social media is restricted on the following accounts: @hhmonaalsaid and @MonaFahad 13.”

Indian envoy to Oman Mr Munu Mahawar thanked the Omani academic for clarification. In a tweet, he said:”I thank HH @MonaFahad13 for clarification on fake social media posts attributed to her” and India values its “friendly relations with Oman and will continue working closely with the Government and people of Oman to further strengthen our special relationship.”

In another development, the Indian embassy in Qatar complained that anti-India forces were trying to divide the communities. A tweet posted in the official ID said: “It is clear that fake identities are being used by forces inimical to India, to create divisions within our community. Please understand the reality and do not get swayed by these malicious attempts to sow discord. Our focus right now needs to be on COVID-19.”

Indo-Arab Ties
The assessment by North Block includes a long list of troll handles based in Pakistan and in the Gulf countries that were being used to achieve this objective. 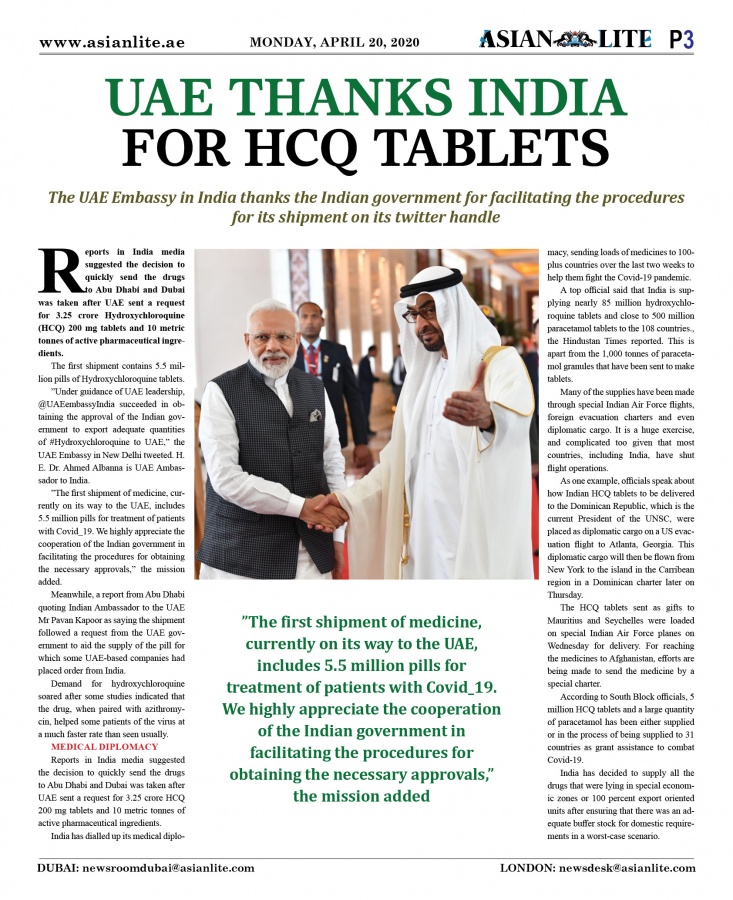 The spike in social media messages targeting New Delhi isn’t a first. Security officials had noticed a similar pattern last year when Jammu and Kashmir was placed under a communication lockdown last August, hours before Parliament took up legislation to strip Jammu and Kashmir of its special status under the Constitution.

On social media and otherwise, Pakistan had made a concerted effort to embarrass India over nullification of Article 370 but didn’t get far, a government official said.
“What has been the novelty in the instant case is the use of prominent personalities in Gulf countries to scale up a systematic agenda of fake propaganda … This effort has clear imprints of the involvement of Pakistan ISI,” a top government official told Hindustan Times, citing the analysis of tweets that targeted New Delhi.