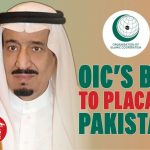 In yet another setback to Islamabad, Saudi Arabia has once again declined Pakistan’s request for an urgent meeting of the council of foreign ministers on Kashmir at the Organization of Islamic Cooperation (OIC).

In December, Pakistan had trumpeted that it secured a diplomatic win by prevailing on Saudi Arabia to hold a special session on Kashmir at the OIC. However, officials in New Delhi had expressed skepticism about the news, saying that the OIC did not make any official announcement or issue any confirmation of the meeting.

On Thursday, Pakistani media reported that Prime Minister Imran Khan’s plea for a discussion on Kashmir has been rejected by Saudi Arabia. The OIC is holding its senior officials’ meeting in Jeddah on February 9 to make arrangements for the council of foreign ministers. 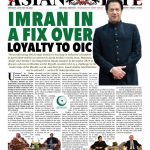 Khan has been campaigning around the world against India ever since the Narendra Modi-led government revoked the special status of Jammu and Kashmir in August last year.

Recently, Khan was forced by Saudi Crown Prince Mohamad Bin Salman to cancel his trip to Malaysia where he intended to slam India over Kashmir at the Islamic Summit hosted by the Mahathir Mohamad government in Malaysia.

Riyadh took serious offence to the summit where it was not invited and perceived it as a challenge to its leadership in the Muslim world by Turkey, Malaysia and Pakistan. The Saudi Kingdom threatened to withdraw its massive aid to Pakistan, already reeling under an economic crisis.

“Islamabad’s feeling of unease with the OIC on its failure to get the CFM’s meeting appears to be growing. Prime Minister Imran Khan voiced frustration over the OIC’s silence on Kashmir while speaking at a think-tank during his visit to Malaysia,” the Dawn reported.

The newspaper quoted Khan as saying: “The reason is that we have no voice and there is a total division amongst (us). We can’t even come together as a whole on the OIC meeting on Kashmir.”

Prime Minister Narendra Modi visited Riyadh in October last year, the second time since 2016, and met the Crown Prince five times. The outcome of the meetings has been strategic partnership pact between the two countries, making India fourth country after France, the UK and China to earn such a significant status in Riyadh.

India is a major importer of oil from Saudi Arabia.