The most serious attack on the minorities occur in the form of abduction of young Hindu and Christian girls across Pakistan. Hundreds of young girls have been abducted by Muslim men, forced to convert and married …. Writes Dr Adarsh Madhavan

The percentage of non-Muslim minorities in Pakistan has come down drastically since 1947 because of the state policy of coercive marginalisation and brutal suppression of their fundamental freedom. At the time of independence, non-Muslim minorities constituted 23 per cent of Pakistani population. Today it is mere 3 to 4 percent, a clear indication of how successive governments have broken the promise Pakistan had given to the minorities who chose to stay back on their own.

This repression takes various vicious forms. Hindus, Sikhs and Christians who constitute majority of the non-Muslim minorities, numbering close to 12.5 million, are forced to live as second class citizens. Opportunities for education, employment, trade and other facilities for them are negligent. Their freedom to practice religion and customs remain hostage to extremist diktats, from the state as well as state-sponsored extremist groups. Their places of worship are often targeted by terrorists. The state pays little no attention to the slow destruction of temples and churches.  Today, out of 1800 temples and gurdwaras, for example, only about 50 temples are functional. The remaining temples have been wilfully encroached upon with the state refusing to restore these places of worship to the Hindu community.

The most serious attack on the minorities occur in the form of abduction of young Hindu and Christian girls across Pakistan. Hundreds of young girls have been abducted by Muslim men, forced to convert and married. Many of the men are already married. The girls and their parents find no help from the police and the provincial and federal governments have refused to punish the accused. Instead in most cases, the state agencies like the local police force and courts compel the victims to accept their fate and not press charges. 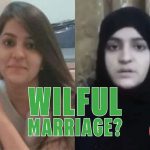 The second most repressive weapon used by the state is the blasphemy law against the minorities. Even children have not been spared from this draconian law which invites death punishment or life imprisonment and the onus of proving innocent is left to the accused. Many of them, mostly from minority communities, are staring at state executions in the near future.

This is unfortunately only one part of the minority story. The minorities within the Muslim community face equally discriminatory and repressive actions by the state and its agents. As a result, about 220 million Shias and four million Ahmadis live in perpetual state of fear and anxiety. Their life as a citizens Pakistan is often worse than that of Hindus and Christians. Thousands of them have fled the country in the recent times. Majority of the Pakistanis seeking asylum in the US and European countries are Ahmadis.

Farahnaz Ispahani, media advisor to the President of Pakistan from 2008 to 2012, in her book on Pakistan’s religious minorities, called it a slow genocide against minorities. In a media interview, she said “for all religious minorities—Muslim and non-Muslim—there has been a purification. This is what I call drip drip genocide. Normally when people talk about genocide, they talk about Nazi Germany or they talk about Yugoslavia. In the case of Pakistan, this is slow genocide, this drip, drip, drip over 76 years.”

Writing in The News (January 3, 2020), Dr Ramesh Kumar Vankwani,  a member of the National Assembly and patron-in-chief of the Pakistan Hindu Council, pointed out that “The government of Pakistan has failed to adequately protect minorities groups, including Hindus, Christians, Sikhs, Ahmadis, and Shia Muslims, and it perpetrated systematic, ongoing, egregious religious freedom violations; this occurred despite some optimism about the potential for reform under the new government of Prime Minister Imran Khan.”

He wrote that after a protracted struggle by various minority as well as civil society groups, the Supreme Court, on June 19, 2014, had directed the government to take steps to protect the minorities. The Chief Justice also ordered the removal of objectionable content from the educational curriculum and social media. No action was taken by the government for four years. In 2018, after a writ moved in the apex court for the implementation of the court’s earlier ruling, the court set up a one-man commission headed by a retired police officer.

The result, says Zubeida Mustafa in Dawn (January 17, 2020), is that “the state of religious minorities in Pakistan today is most deplorable. They are vulnerable to violence, terrorism and physical abuse and many of them have lost their lives as a result in the last few decades.”