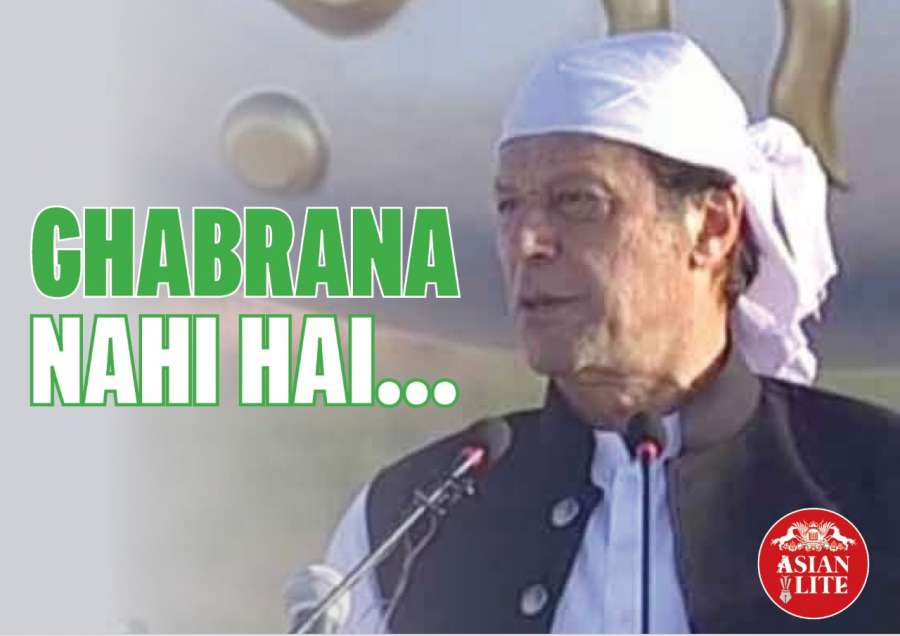 As of Monday, the number of coronavirus cases in Pakistan increased to 5,362, with 93 deaths. The cases are on the rise and the government machinery failed to protect the common man.

The Supreme Court was hearing a suo motu case on the coronavirus crisis. The court said Prime Minister Imran Khan’s cabinet has become ineffective in the fight against the pandemic.

CJP Gulzar, leading a five-judge bench, also questioned the transparency of work done by Mirza and remarked that there were some serious allegations against the team of special assistants to the Prime Minister.

Responding to the CJP’s comments regarding dismissing Mirza, Attorney General Khalid Jawed Khan said removing Mirza at this point and time would be disastrous, The Dawn reported.

Dr Mirza is facing a probe into alleged smuggling of 20 million masks.  According to a complainant, 20 million masks were smuggled out of Pakistan allegedly by Dr Mirza in collusion with an aide of Drug Regulatory Authority of Pakistan (DRAP) Deputy Director Ghazanfar Ali Khan. The complaint was submitted by Young Pharmacists’ Association’s Secretary General Dr Furqan Ibrahim with the Prime Minister’s Complaint Cell.

In a recent press conference, Dr Mirza could not provide specific figures for how many beds had been assigned to coronavirus patients across Pakistan but admitted that there was a shortage of ventilators.

Crisis in Other Provinces

The court also sought a reply from all four provincial governments and the Gilgit-Baltistan government regarding steps taken to curb the spread of the virus.

The court also took the Sindh government to task over the decision to cordon off 11 union councils, observing that there were no arrangements in place to provide the people with food and medicines.

The court directed the Sindh government to present a report regarding ration distribution in the province. The hearing was adjourned till Monday (April 20).

Earlier in the hearing, the SC had questioned the performance of the federal government in tackling the coronavirus situation.

“I cannot understand what kind of a team is working on the coronavirus outbreak,” the CJP remarked, adding that there was an entire army of advisers and ministers but work was still not being done, the Dawn reported.

The CJP also said that corrupt people have been made advisers, and subsequently given the same status as federal ministers.

There are serious allegations against many top government officials, the CJP said.

“Prime Minister Imran Khan’s cabinet has become ineffective,” CJP Gulzar remarked. “I am sorry to say this but the premier has distanced himself [from the issue].”

The Centre and provincial governments are at odds with one another while politicians are making different claims, he said.

The attorney general replied that Pakistan has gotten an honest premier for the very first time. “If the [country’s] situation does not improve then we don’t know what will happen,” he said.

The CJP replied: “We fear that this chance may also be wasted. We don’t have any doubts about the prime minister’s honesty. He has the ability to choose ten worthy people to get the job done.”

Last week, after seeking complete information from the federal and provincial governments about measures taken by them to contain Covid-19, the chief justice had taken suo motu notice to oversee efforts taken by authorities for combatting the pandemic.

The Supreme Court was alarmed when it came to know that the Balochistan government had to arrange personal protective equipment (PPE) urgently for doctors and paramedical staff at the exorbitant price of Rs7,200 per piece from vendors in Karachi and Lahore while the actual price of each PPE was Rs3,000 to Rs3,500 in the market, the Express tTribune newspaper said.

On Saturday, the Ministry of National Health Services informed the Supreme Court that in the wake of the Covid-19 pandemic in the country, it was engaged with the Federal Board of Revenue (FBR), seeking tax waiver on the import of essential medical equipment and supplies.

“The government has only provided census to the court,” THE CJP said.

He questioned when Parliament would legislate on the crisis.

“Rest of the countries have passed a law to deal with the emergency. The state has other jobs rather than just holding rallies,” the CJP said.

“The Prime Minister’s cabinet has become ineffective. He seems distant from the rest. All the provinces are doing whatever they desire.”