One of Kerala’s most popular sons — superstar Mohanlal who has crossed numerous milestones in a career spanning four decades — turned 60.

Winner of five national awards, for those in the industry he is Lal, but those who consider him near refer to him as ‘Laletten’.

Already celebrations have begun, but in a low key manner on account of the lockdown norms in place.

On Wednesday, his Fans Associations have delivered the traditional Kerala Sadya (lunch) to his dearest friends at their homes.

The star is locked up at his Chennai residence and is busy on his mobile connecting with his close friends who have been with him since his glittering screen career began way back in 1978, when he did his first film ‘Thiranottam’ .

Speaking to IANS, his closest friend who has been with him since their college days, leading producer Sureshkumar who has produced six blockbusters said, not a day passes by without them having a chat on the mobile.

“It was just the other day when I told him that Priyadarshan (ace director) and I have already turned 60 and he also will soon. I said though we are 60, we feel like we are 18, soon he corrected me and said not 18 but 16. Such is Lal and let me tell you, we continue to be as naughty as in our heydays,” said Sureshkumar.

Sureshkumar’s family includes his yesteryear actor wife – Maneka, elder daughter Revathy,- who is an assistant to Priyadarshan and worked with the superstar and his national best actor award winning younger daughter Keerthi, who has acted with Lal.

“We are a family, each one of us have worked with him in one or the other way. My wife has been his co-star in a number of films, the younger daughter was his co-star, while the elder one has worked with him in a few films behind the scenes. We know him inside out and we all wish him a great year ahead and an extremely busy greater career,” said Sureshkumar.

The trio of Lal, Sureshkumar and Priyan began their careers together and catapulted each other to great heights through films like “Aram + Aram Kinnaram”, “Poochekuoru Mukuthi”.

By now he has acted in over 340 films, which include other south Indian languages too. But for the first time in his career, he has been sitting idle ever since the lockdown began.

Jagdish, a co-actor in many of Lal’s memorable films like “Hey Auto” and numerous others said Mohanlal is a superlative actor and one who can go to any extent to make his character stand out. 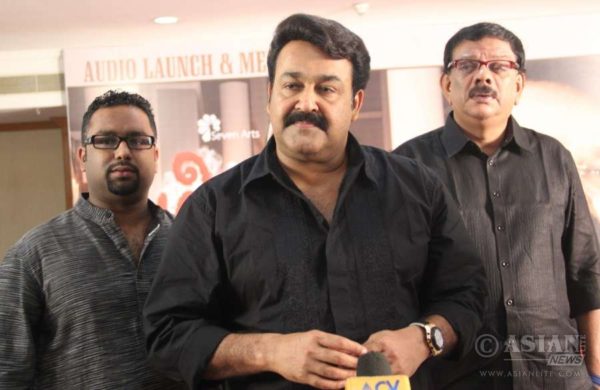 “We have had a great working career extending to more than three decades and today I am his deputy in the AMMA (Association of Malayalam Movie Artists) where he is the president. We wish him all the best,” said Jagdish.

Even during the lockdown, last month Lal interacted with State Health Minister K.K.Shailaja and about 250 health professionals across Kerala and appreciated their great service to the society.

The superstar profusely thanked each and every health worker who is doing yeoman service for society and pointed to them that the coming days are crucial for the state.

Popular Malayalam director Tulasidas who has directed 34 films which include two popular Lal films said he has been fortunate to work with practically all leading stars in the industry.

“I will say, when it comes to Lal, he is the easiest to work with as he has no hang ups and interacts with everyone including the light and food boys. A highlight is that on the sets he always addresses the director as only ‘Sir’ and he does not give any tension to anyone in the sets. And another feature is if by any chance he is having any tension, it’s also evident on his face. He called me last week to find out how I am managing the lockdown. I did wish him then in advance,” said Tulasidas. 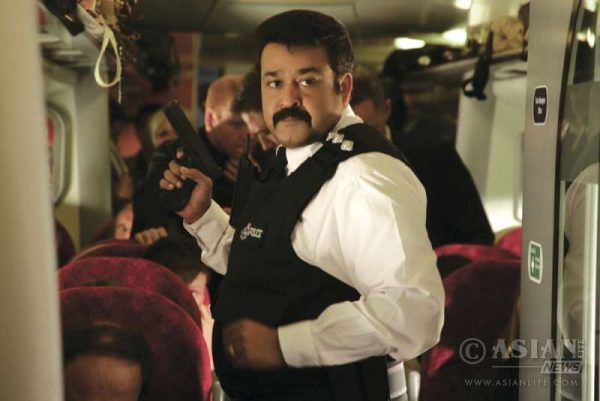 Mohanlal’s film, directed by Priyadarshan, “Marakkar: Arabikadalinte Simham” is currently held up on account of the lockdown.

In 2009, he was inducted into the Territorial Army as a (Hon) Lt.Colonel.

One of the first films that he is scheduled to do after the lockdown ends is produced by his closest aide, Antony Perumbavoor, and is a sequel ‘Drishyam -2′, the first one released in 2013 turned out to be one of the all time biggest grossers.

And now all eyes are on his debut directorial venture “Barroz’, which is a 3 D film and is expected to go on the floors next year. Portugal has been shortlisted as the location for the shooting.

Asian News from UK
Leading Newspaper for Politics, Business & Economy
Celebrity News
We use cookies on our website to give you the most relevant experience by remembering your preferences and repeat visits. By clicking “ACCEPT ALL”, you consent to the use of ALL the cookies. However, you may visit "Cookie Settings" to provide a controlled consent.
Cookie SettingsREJECT ALLACCEPT ALL
Manage consent