According to BBC reports, the Audit Committee of the internal organisation accused her of “circumventing” the usual competitive tendering rules by awarding a £250,000 commission to KYA Global, owned by fellow Labour peer, Lord Patel of Bradford.

Baroness Scotland, the secretary-general of the Commonwealth, has been accused for awarding a lucrative consultancy contract to a company run by a personal friend.

The Audit Committee of the internal organisation accused her of “circumventing” the usual competitive tendering rules by awarding a £250,000 commission to KYA Global, owned by fellow Labour peer, Lord Patel of Bradford, the BBC reported.

KYA Global was contracted to carry out a review of the Commonwealth Secretariat, the body headed by Lady Scotland from London.

But the audit committee report claimed that Lord Patel’s firm was “apparently insolvent” at the time with debts worth more than £40,000. And it stated that the Commonwealth Secretariat was unable to provide the auditors with KYA Global’s final report setting out its recommendations. 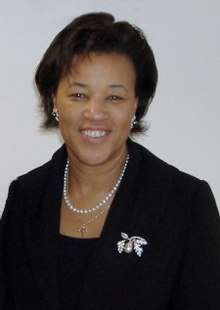 According to BBC, the committee’s report expressed concerns that the Secretariat’s “acts and omissions” in relation to the contract – and other alleged failings it identifies – “[endanger] the integrity” of the institution and risk “serious reputational if not actual damage”.

Lady Scotland’s lawyers insisted the decision to award the contract was fully justified and complied with procurement procedures at the time.

The BBC also reported that one leading Commonwealth country has recently stopped giving funds to the institution.

Lady Scotland and Lord Patel were once Labour ministers together in the House of Lords, the report said.