Home Secretary Priti Patel said that by returning to the ‘iconic’ blue and gold design, the passports will “once again be entwined with our national identity”…reports Asian Lite News

Blue passports will be issued to Britons for the first time in decades from next month to mark the UKs departure from the European Union (EU), a media report said on Saturday.

Championed by Brexiteers, the new passport will replace the burgundy ones which were rolled out in 1988, the Metro newspaper said in the report.

As well as the colour change, the back cover of the new passports will now feature embossed floral emblems of England, Northern Ireland, Scotland and Wales.

Blue passports were first used in 1921, and remained the colour of choice until the UK joined the EU (then the European Economic Community) in 1973 and a change to burgundy was later agreed to harmonise designs across member states.

Burgundy passports can still be used for travel until they expire.

Home Secretary Priti Patel said that by returning to the ‘iconic’ blue and gold design, the passports will “once again be entwined with our national identity”. 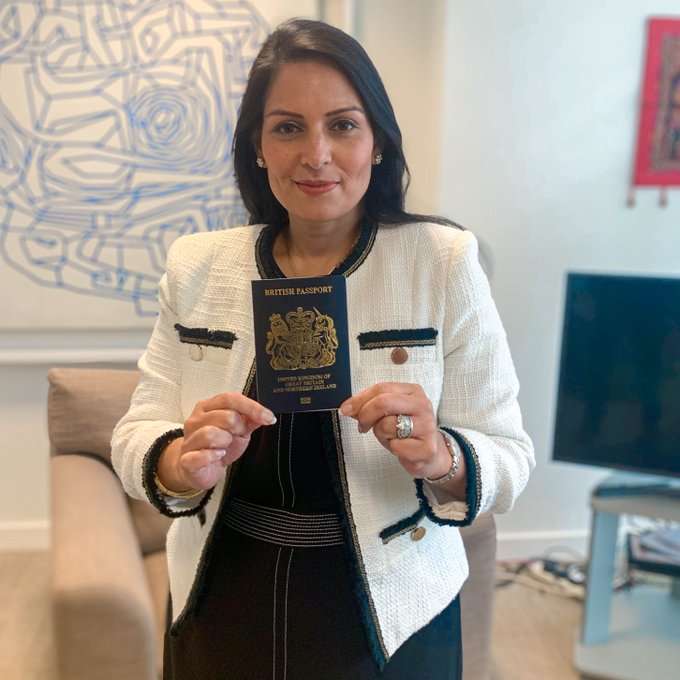 “Leaving the EU gave us a unique opportunity to restore our national identity and forge a new path in the world,” the Metro newspaper quoted Patel as saying on Friday.

“By returning to the iconic blue and gold design, the British passport will once again be entwined with our national identity and I cannot wait to travel on one.”

The new passports are said to be the greenest and most technologically advanced yet, with new and updated security features to keep personal data secure.

Britain exited the EU on January 31. The country is now at a “turning point” as it enters an 11-month transition period in which it must hammer out a new relationship with former partners.