Brazilian President Jair Bolsonaro said that he spoke with his US counterpart Donald Trump about the South American nation’s possible entry into an expanded G7 group being proposed by Washington.

Bolsonaro referred to Brazil’s possible admission into the group of the world’s wealthiest countries in a message he posted on his Twitter account on Monday in which he said he addressed the matter in a telephone conversation with Trump, reports Efe news.

Bolsonaro wrote that Trump and he spoke about the expanded G7, which he insisted that Brazil must be a part of, as well as about Brazilian steel.

The far-right leader did not provide more details or go into the matter further.

On May 30, Trump announced that he was postponing the G7 leaders’ summit, adding that it was “outdated” and that he would like to see more countries added to the group.

“I’m postponing it because I don’t feel that as a G7 it properly represents what’s going on in the world. It is a very outdated group of countries,” the President had said.

Trump said he would like to see more countries within the group made up of the US, Japan, France, the UK, Italy, Canada, and Germany.

“We want Australia, we want India, we want South Korea. And what do we have? That’s a nice group of countries right there,” he said, adding: “So it might be a G10, G11.”

Trump also discussed the matter on Monday with Russian President Vladimir Putin, whom he invited to the upcoming G7 summit.

“Donald Trump informed about his idea of holding a G7 summit with a possible invitation (to) the leaders of Russia, Australia, India and the Republic of Korea,” Kremlin said in a statement.

The G7 leaders’ meeting, which the US is to host this year as it occupies the rotating presidency of the group, was scheduled from June 10 to 12. 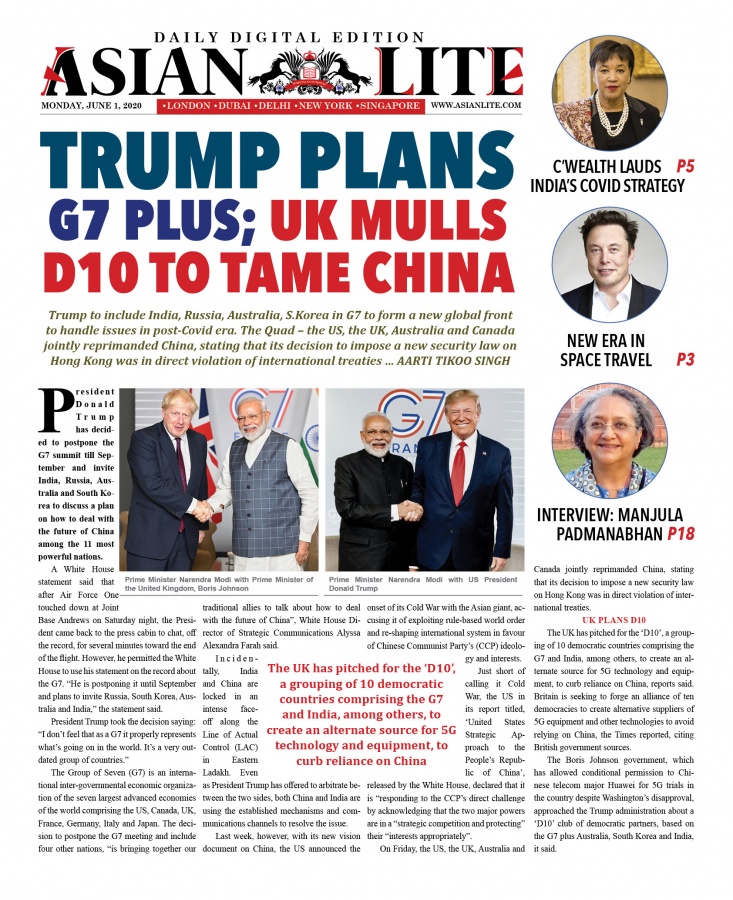 Trump announced in April the cancellation of the in-person summit due to the rapid expansion and severity of the coronavirus pandemic and said it would take place virtually.

As an alternative date, Trump on May 30 said that the summit could be held over the weekend just before or after the UN General Assembly, which is scheduled to start on September 15, or after the US presidential election in November.