The post-Brexit Britain will assign its aid packages to make Britain Great again. Prime Minister Boris Johnson scrapped Department for International Development (Dfid) and merged the aid arm of the government with Foreign Office to create the Foreign, Commonwealth and Development Office.

In a statement in the Commons, the prime minister said the Dfid was a relic of a past age when China’s economy was smaller than that of Italy and coronavirus had not ravaged the world.

The move, due to be completed by September, is a victory for Tory hardliners including Home Secretary Priti Patel and former leader Ian Duncan Smith who argue that foreign spending needs to be focused more on UK national priorities and better targeted. It puts considerably more power into the hands of Foreign Secretary Dominic Raab, the Daily Mail reported.

Mr Johnson told MPs  the move would ‘unite our aid with our diplomacy and bring them together in our international effort’, adding: ‘For too long, frankly, UK overseas aid has been treated as some giant cashpoint in the sky that arrives without any reference to UK interests or to the values that the UK wishes to express or the priorities, diplomatic, political or commercial, of the Government of the UK.’

The move to combine the two, which have a previous history of being merged and split up again, has long been mooted in Conservative circles.

Announcing the plan in the Commons, Mr Johnson said the new joint department would lend “extra throw-weight and kilowattage” to the UK’s aims overseas.

He added that it was “outdated” to keep the departments separate, with other developed countries already running aid as part of their foreign ministries.

For too long, he said, UK aid spending had “been treated as some giant cashpoint in the sky that arrives without any reference to UK interests”.

However he pledged DfID’s budget – which at £15bn last year dwarfed the £2.4bn spent by the FCO – would be maintained, with the UK committed to continuing to spend 0.7% of national income on aid projects.

Mr Cameron said it would mean “less expertise, less voice for development at the top table and ultimately less respect for the UK overseas”.

Mr Blair, who carved DfiD out of the Foreign Office during his time in Downing Street, said the move “wrong and regressive”, BBC reported.

“The strategic aims of alignment with diplomacy and focus on new areas of strategic interest to Britain could be accomplished without its abolition,” he said.

Mr Brown said the decision to axe DfID was “sad,” adding it had been “one of the UK’s great international assets.” 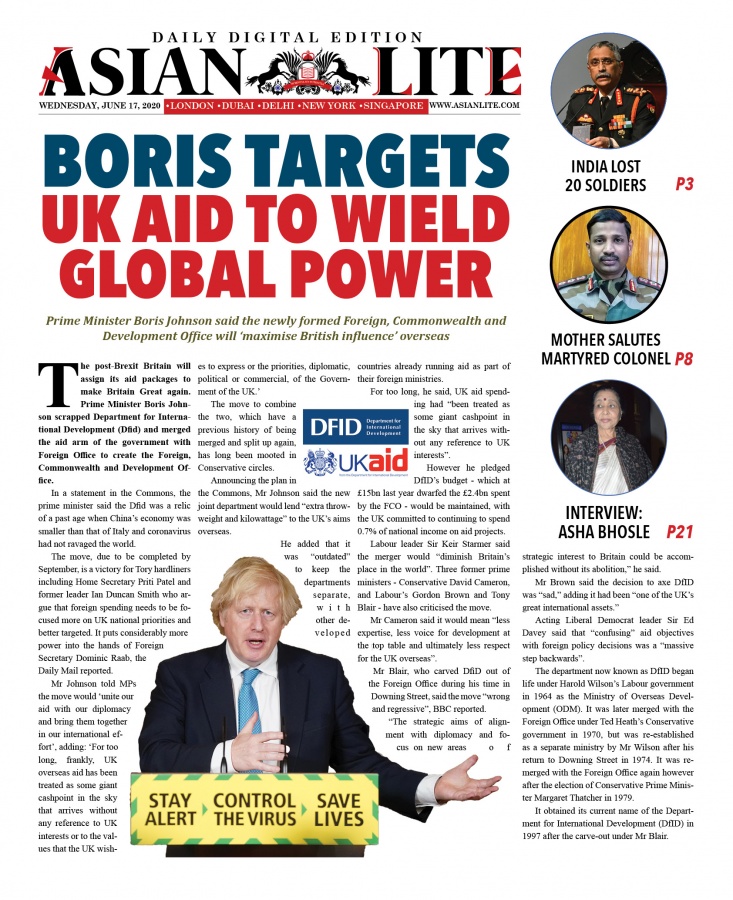 The department now known as DfID began life under Harold Wilson’s Labour government in 1964 as the Ministry of Overseas Development (ODM). It was later merged with the Foreign Office under Ted Heath’s Conservative government in 1970, but was re-established as a separate ministry by Mr Wilson after his return to Downing Street in 1974. It was re-merged with the Foreign Office again however after the election of Conservative Prime Minister Margaret Thatcher in 1979.

It obtained its current name of the Department for International Development (DfID) in 1997 after the carve-out under Mr Blair.