International Trade Secretary, Liz Truss, has named three new HM Trade Commissioners (HMTCs). They will champion British trade with some of the UK’s biggest economic partners as the Coronavirus crisis highlights just how important it is to keep trade flowing and supply chains open so we can all have the essential supplies we need.

CEO of the Commonwealth Enterprise & Investment Council, Alan Gemmell, has been appointed as HMTC for South Asia. Consul-General in Shanghai, John Edwards, becomes HMTC for China and Hong Kong. The previous HM Trade Commissioner for China, Richard Burn, has been appointed temporarily to the role of HMTC Europe.

India, a country with 1.3 billion population and a favourite to become a global manufacturing hub, was expecting a designated trade envoy in the post-Brexit scenario.  Prominent Tory leaders including former Party chairman William Hague and former Foreign Secretary Jeremy Hunt are urging the British government to shift reliance on China to meet the production needs.

All of the HMTCs cooperate closely with HM Ambassadors and High Commissioners, the wider diplomatic network, and other HM Government colleagues based in countries in their region, in a joined-up and coordinated government effort overseas to promote UK trade and prosperity.

“By attracting inward investment and supporting UK businesses, our HM Trade Commissioners will play a key part in delivering free trade agreements that benefits every part of the UK,” said International Trade Secretary Liz Truss. “It’s fantastic to welcome Alan, John and Richard who are great champions of British trade and bring a wealth of knowledge and expertise to their new roles.”

Permanent Secretary at the Department for International Trade, Antonia Romeo said: “I am delighted to welcome John, Alan and Richard to their new roles on the DIT leadership team. They all have proven expertise and experience in supporting British businesses to export and grow internationally, and attracting inward investment into the UK. At this time, this work is more important than ever”.

£286 billion of goods and services were traded between the UK and Asian countries in 2019. The continent is also home to 6 of the top 20 fastest-growing economies in the world and the diverse and fast-growing economies of the region offer huge potential to UK business.

“I look forward to helping these relationships flourish with trade and investment at their heart.”

Richard Burn, HMTC for Europe, added: “All European countries will remain critically important trading partners for the UK, as we agree a new trading relationship with the EU. The mission of DIT across the Europe region will be to help British businesses succeed in the new trading environment and to build an ambitious level of inward investment.” 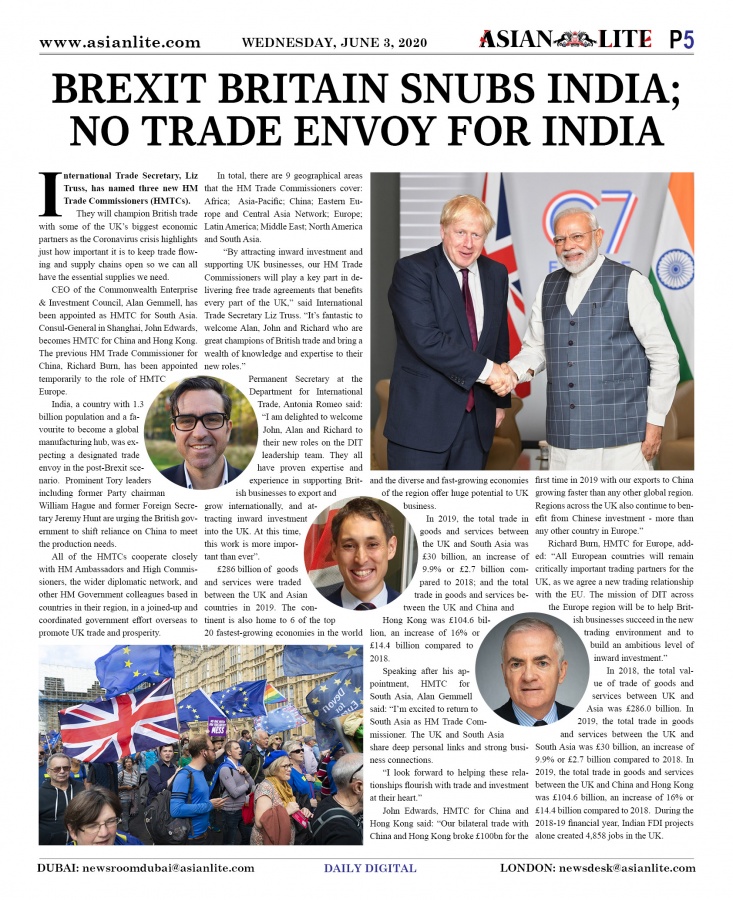