Coronavirus, It’s all over now, practically pandemic: 76 countries; all continents except Antarctica, community spread; no immunity in public; deaths in 10 countries; > 10,000 cases outside China, epidemics in China, S Korea, Iran and Italy(81% cases), cases outside China are 9 times higher than inside over last 24 hours

Is it in a pandemic state?

WHO raises Global Risk from Coronavirus to the highest level of alert “We have now increased our assessment of the risk of spread and the risk of impact of COVID-19 to very high at global level,”

What is a pandemic?

Anxiety about falling ill and dying; avoiding or not approaching Healthcare facilities due to fear of becoming infected during care; fear of losing livelihood; fear of not being able to work during isolation; fear of  being dismissed from work if found positive; fear of being socially excluded; fear of getting put into Quarantine; fear of being separated from loved ones and caregivers due to quarantine; refusal to take care of unaccompanied or separated minors; refusal to take care of people with disabilities or elderly because of their high- risk nature; feeling of helplessness; feeling of boredom; feeling of depression due to being isolated; stigmatization of being positive infection; possible anger and aggression against government; unnecessary approaching the courts, possible mistrust on information provided by government. relapses of mental illness in already mental patients; overstress on people to cover work of infected colleagues, quarantined for 14 days and insufficient or incomplete information leading to myths and fake news.

The population is totally susceptible and in a country like UK where the NHS is at breaking point.  deaths in numbers will be very high.

How medics are affected?

1,716 medical workers have contracted the virus and six died in China. 1,502 were in Hubei Province, with 1,102 of them in Wuhan.  The number represent 3.8% of China’s overall confirmed infections as of Feb. 11 with 0.3% deaths. (18th Feb: Director of Wuhan Hospital died).  Over 3000 workers involved so far. 2 workers who were sent to Wuhan in January end to help build new hospital got infected.

Coronavirus causes mild illness in 82%, severe illness in 15%, critical illness in 3% and death in 2.3 % cases. About 6% patients admitted in ICU require mechanical ventilation, or died [NEJM]

How much time it takes to recover?

People with mild cases recover in about two weeks, while those who are sicker can take anywhere from three to six weeks.

In which cases it is riskier?

It caused death in 15% of admitted serious cases.  71% deaths are in patients with comorbidity. [ 72,314 Chinese cases, largest patient-based study, JAMA)

What is the case fatality of other viruses?

Why elderly people are at risk?

The elderly and the sick – may have an immune response that is dangerous. It’s called a “cytokine storm,” when immune cells are overproduced and flood into the lungs, causing pneumonia, inflammation and shortness of breath.

What is the incubation period?

What is the positivity rate in contacts who are tested?

Which countries one should not travel?

Is it a Zoonotic disease?

Zoonotic and linked to Huanan Seafood Wholesale Market as 55% with onset before January 1, 2020 were originated there but only 8.6% of the subsequent cases. The Chinese government has banned the wildlife trade until the epidemic passes.

Is it linked to bats?

It is closely related to several bat coronaviruses. Bats are the primary reservoir for the virus. SARS-CoV was transmitted to humans from exotic civet animals in wet markets, whereas MERS-CoV is transmitted from camels to humans. In both cases, the ancestral hosts were probably bats. Snakes and pangolins have been thought to be the intermediate host. One thing is clear the origin is from a mammal. 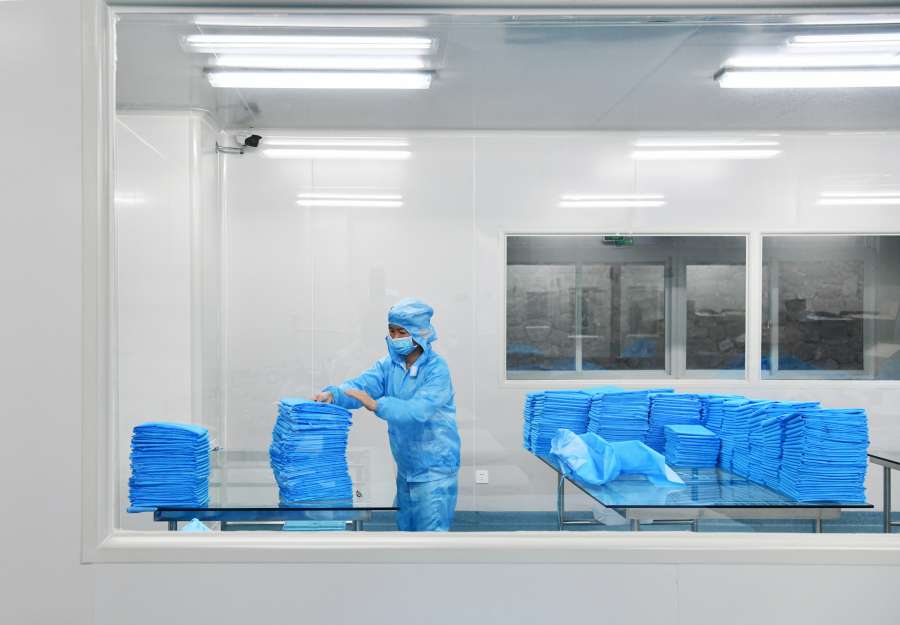 What is the clinical presentation?

How many need admission and ICU care?

20% need ICU care and 15% of them are fatal.  Those cases categorised as critical has the highest fatality rate—at 49.0 per cent.

What is the treatment?

Symptomatic though chloroquine, anti-viral & anti-HIV drugs have shown some efficacy.

What do you mean by Public Health Emergency of International Concern?

COVID 19 was declared as PHEIC on 30th Jan 2020 which means it is mandatory to report to WHO each human and animal case.

What are the possible modes of spread? Myths and facts

It’s time for facts, not fear; for rationality, not rumours and for solidarity, not stigma.

What is a spreader and a super spreader?

What can be the cause of a cluster of cases or a hot spot without a super spreader?

People catching the virus from infected surfaces. We don’t know how long the germs stay on surfaces, but similar viruses can live for a week.

What are the various clusters of corona viruses?

Can the court take cognigence in corona epidemic?

What do you mean by the word corona?

‘Corona’ means crown or the halo surrounding the sun. Heart is considered crown and hence coronary arteries. In electron microscope, it is round with spikes poking out from its periphery.

What is the composition of this virus?

It is a single-strand, positive-sense RNA genome ranging from 26 to 32 kilobases in length, Beta corona virus from Corona family.

What are other dreaded corona viruses?

Where did it originate?

Will this virus survive heat?

Virus is likely to be killed by sunlight, temperature, humidity. SARS stopped around May and June in 2003 due to more sunlight and more humidity.

What are different precautions?

What are the precautions for general public?

What are the lab tests?

There are two ways to detect a virus: through the genetic material DNA or RNA or to detect the protein of the virus. The rapid tests look at the protein. It takes 8-12 weeks to make commercial antibodies. So right now, for the diagnostics tests they are using PCR which give you a turnaround in 1-2 hours.

Who is more vulnerable?

People with pre-existing medical conditions (such as asthma, diabetes, heart disease) appear to be more vulnerable to becoming severely ill with the virus.

What is the role of 14 days quarantine?

Quarantines and travel restrictions now in place in many counties, including the US, are also intended to help break the chain of transmission. Public health authorities like the CDC may recommend other approaches for people who may have been exposed to the virus, including isolation at home and symptom monitoring for a period of time (usually 14 days), depending on level of risk for exposure.

Should I wear a face mask to protect against coronavirus?

Currently, face masks are not recommended for the general public. Some health facilities require people to wear a mask under certain circumstances, such as if they have travelled from the city of Wuhan, China or surrounding Hubei Province, or other affected countries or have been in contact with people who did or with people who have confirmed coronavirus.

If you have respiratory symptoms like coughing or sneezing, experts recommend wearing a mask to protect others. This may help contain droplets containing any type of virus, including the flu, and protect close contacts (anyone within three to six feet of the infected person).

What will be the preparedness needed then in UK?

Several thousand corona beds (15% of patients); self-quarantine of patients; no admission for patients without breathlessness; teleconsultation of mild cases; ICU beds with ventilatory care 3% Listing of hospitals with ECHMO machines; PPE 5 per patient); Surgical masks usage: ; Hand sanitisers: many a million per day; Health care providers dedicated with corona handling training:; 250 persons trained in handling dead bodies of infected cases; dedicated mental health councillors to tackled corona anxiety; corona spokesmen to speak the same language; Prize cap of masks, other related diagnostics and PEPs; censoring of myths and fake news on social media and earmarked and segregated areas for Corona triage: suspect but not serious; suspect and serious; confirmed but not serious and confirmed and serious?