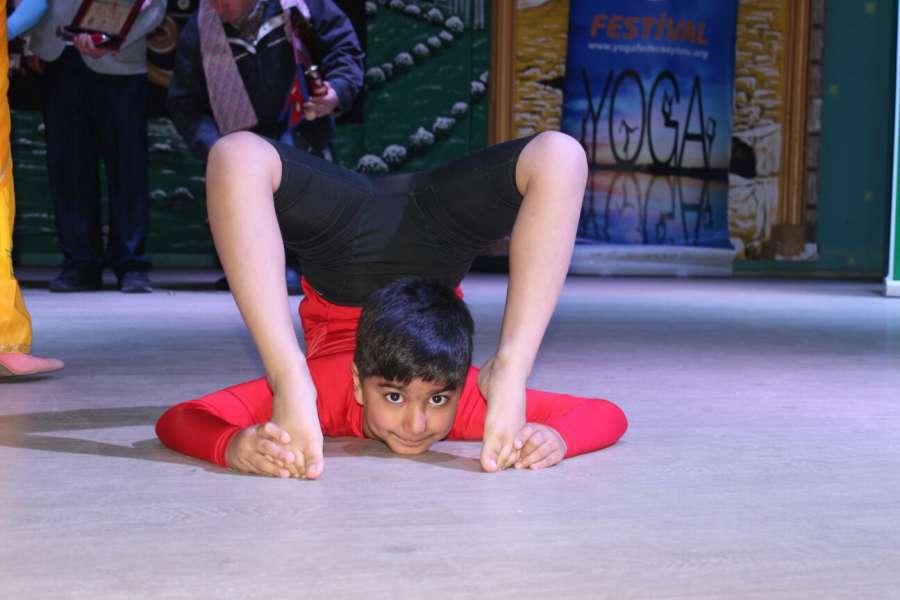 Global Child Prodigy Awards 2020 is the world’s first initiative for the Child Prodigy, which is a unified platform to honour 100 child prodigies from more than 45 counties in 30 different categories like Paleontology, Biker, choreography, Fitness, Martial Arts, Artists, Mathematicians, Science, Singers, Musicians, Entrepreneurs and many more who deserve to gain recognition at the global level.

Ishwar Sharma who is nominated for the top 100 child prodigy across the globe for his outstanding contribution & achievement in the field of Yoga & also grabbed the title of the “British Indian of the Year” under-11 UK national yoga Day. Till now, he has
performed in moreover 100 events across the UK and worldwide and among his many skills is the ability to chant up to 50 ‘shlokas’ from the ‘Vedas’ and ‘Bhagavad Gita’. 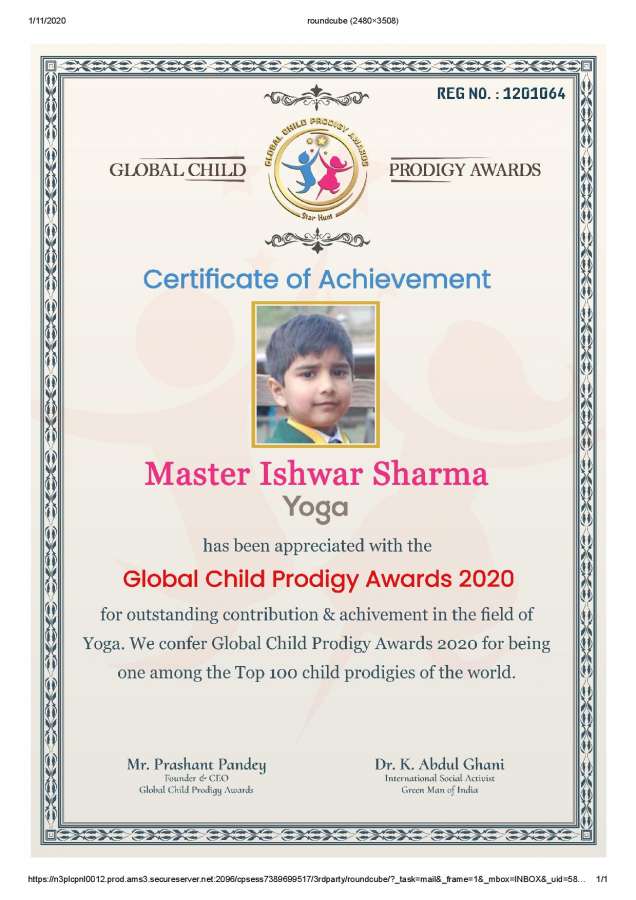 Addressing the gathering Kailash Satyarthi said “What a great day not just for me, these children, all of you, but for the entire world. I cannot recall any other event that has witnessed the assembly of the brightest and most talented young people from across the world. I would request the parents to not be an instructor to your children but to be a guide to them. Parents should adopt the ideology of 3Rs- Recognize, Respect and Reward towards their children instead of the 3I, Imposition, Instruction, and Impeach.”

While addressing the Gathering Dr. Kiran Bedi Said “Global Child Prodigy Awards is an amazing Initiative taken by Shri Abdul Ghani renowned social activist and Green man of India, and Prashant Pandey CoFounder and CEO Global Child Prodigy Foundation. We need to support and help this initiative so that it can reach Nation to Nation, State to State, District to District and Village to Village for recognizing the hidden talent.” 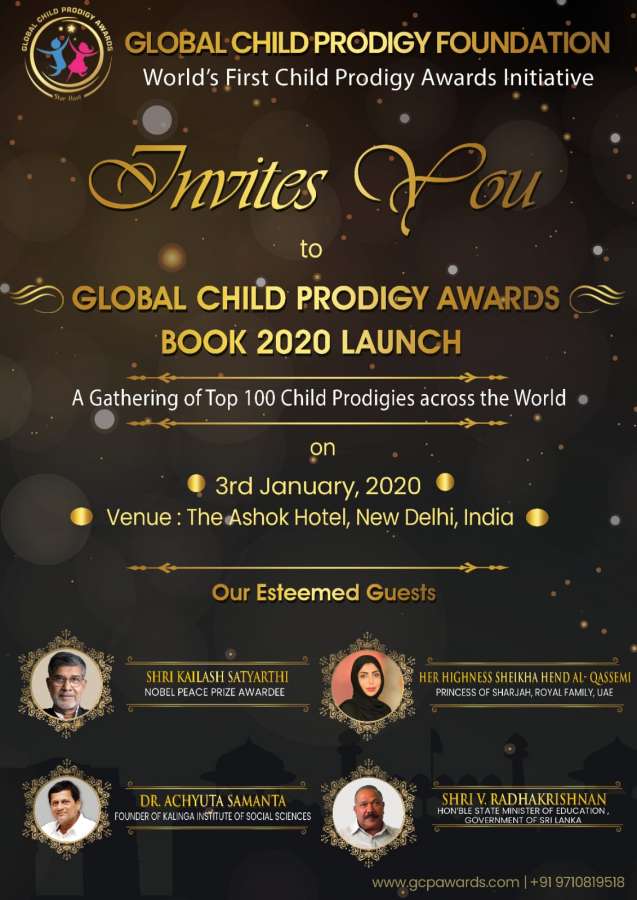 Hindustan Group of Institutions Chennai is pleased to be associated with the Global Child Prodigy Awards. Director Dr. Anand said “It is indeed such a grand culmination of recognizing the god-given talents and it is a rare occasion to meet so many of them at one event. Hindustan Group of Institutions extends its warm wishes to all the prodigies on this special occasion.”
The Co-founder & CEO Prashant Pandey said “In childhood, I use to see myself as a child prodigy but didn’t get any platform to excel myself as an author. From this initiative, Children are the future of the world. It has been observed that only 3% of Child Prodigies can take their talent to the next level and become Successful in their domain. Children are like a small plant, during the starting years we have to carefully and lovingly nurture them. The fruitful result is seen for the years to come”.