During the meetings, UAE officials emphasised their keenness to reinforce cooperation with the UK across various fields, most notably in the areas of trade, cultural exchange, combatting illicit finance and serious crime, and defence.

Commenting on the meeting, Gargash stated, “Today’s 19th UAE-UK Taskforce meeting provided a forum to address a number of issues central to the enduring partnership shared by the UAE and UK. Our two countries remain firmly committed to pursuing advanced prospects for cooperation in key sectors to the benefit of our peoples, and we welcome with optimism the results of our fruitful discussions on matters of joint importance.”

UAE officials noted their interest in the UK investment environment following the departure of the UK from the European Union and highlighted existing collaboration by way of the Joint Economic Council and UAE-UK Business Council.

UAE representatives also expressed their pleasure at the robustness of the UAE-UK trade relationship, particularly in light of the UAE’s position as a regional and global hub in the fields of health, technology, transport, food security, education, and infrastructure.

Both sides noted upcoming opportunities to promote cultural exchange in the run-up to the UAE’s hosting of Expo 2020 Dubai, where the UAE will welcome more than 25 million visitors at the first expo ever to be hosted in the Middle East. Moreover, the two sides reviewed plans for the UAE’s 50th anniversary as a nation and discussed collaborative initiatives as the UAE prepares for the historic celebrations. 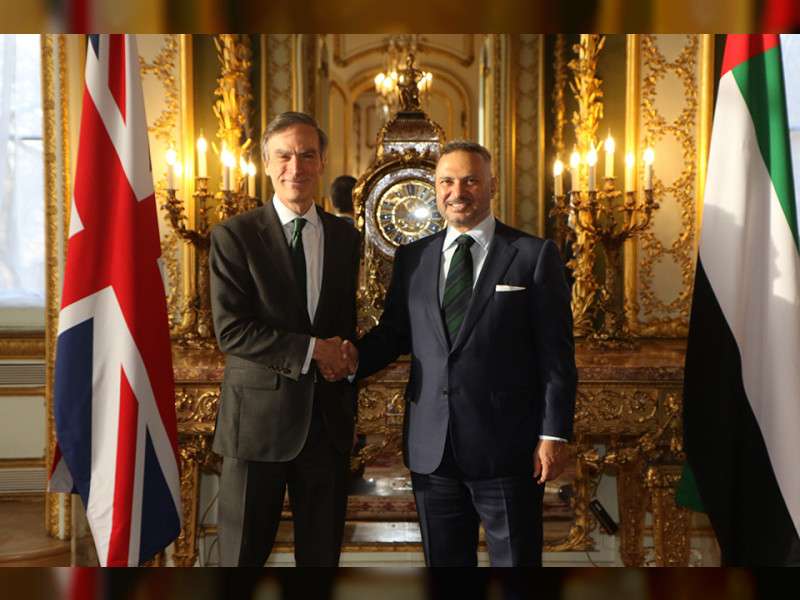 Furthermore, the two sides discussed efforts to combat the effects of climate change and reviewed ways to work together to deliver a successful COP26 in Glasgow this coming November. UAE and UK officials then emphasised their interest in strengthening collaboration on women and girls’ empowerment and protection initiatives worldwide, with a focus on widening access to education.

UAE and UK officials also exchanged views on a number of regional issues of mutual interest while underscoring their shared commitment to promoting international security and stability. High-level security cooperation between the two countries, including counterterrorism and consular cooperation, was also noted. The two sides expressed confidence that the bilateral defence and security partnership would experience continued advancement.

Established in July 2010 following the visits of British Prime Minister David Cameron to the UAE and H.H. Sheikh Abdullah bin Zayed Al Nahyan, Minister of Foreign Affairs and International Cooperation, to the UK, the UAE-UK Taskforce was created to further strengthen bilateral ties and facilitate communication between the two governments.