Amid the lockdown in India and in the UK, a seriously ill UK Keralite was airlifted to his home state by a private ambulance on Thursday 23rd April 2020. Following intervention from Bradley Stoke Mayor Tom Aditya and Indian MP Alphons Kannanthanam, the final hurdles were cleared for the air ambulance to enter the Indian air space.

Tom said that there are many people of goodwill who generously helped the family of 37-year-old Prasad Das in this mission and it’s culmination of a team effort.  Distress Management Collective group hailed Alphons and Tom as the philanthropist heroes of the day.

Mr Kannanthanam took to the Facebook to thank Tom for his timely intervention to help his community member.

Prasad Das, a 37-year-old software engineer from Thalassery, has been living in the UK for the last two years. He fell ill and has been hospitalised at the Nottingham University Hospital during the Covid pandemic in the UK.  The doctors said the infection is serious and there isn’t much treatment left to be done except for palliative care.

His parents are living in India and he has wife and a 4-year-old daughter. He required for an air ambulance to travel from the UK to India as his condition was fast deteriorating. However, getting an air-ambulance to travel to India would cost a huge amount.

It was then his college mates, work colleagues and friends started a fundraising campaign to raise money for the air ambulance cost. The crowd funding was supported by more than thousands of people and they managed to get enough funds to support the cost of the air-ambulance. However, they stumbled upon the lockdown hurdles. 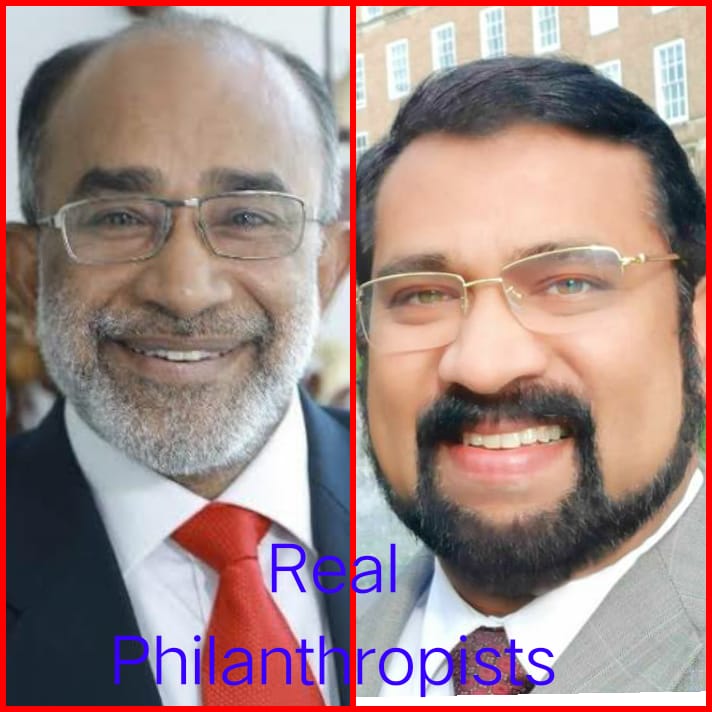 Many ministers, MPs and political leaders were approached by Prasad’s family and friends to get special permission from the Government of India. They all sought many routes and pursued the case through various applications, but due to travel ban in India all such applications were rejected.

Bristol Bradley Stoke Mayor Tom Aditya, who is actively working to help the international students and visitors stranded in the UK during this lockdown, was intimated by the Prasad’s brother Prajeesh and friend Giby from the US. Following liaisons with those who have been actively working towards helping Prasad Das, Mayor Tom gone through all the documentation process and drafted an emergency application.

He took up the matter with Indian MP Alphons Kannanthanam, who is a former Indian Minister. They were both part of the ‘Distress Management Collective’ which is a group based in New Delhi to help people across the globe.

Alphons took up the matter with the government in India with the belief of it having the slightest chance of succeeding. However, he was confident and rang up the top-most officials in the Indian ministries of Civil Aviation, Health and Home Affairs. He briefed them all about the emergency. He forwarded the emails he received from Mayor Tom and followed it up stage by stage.

Mr Kannanthanam made the point that when other countries are repatriating its citizens in huge numbers to their homelands, it will be bad to India if officials deny permission to genuine applicants. He also assured self-quarantine measures of all the passengers. 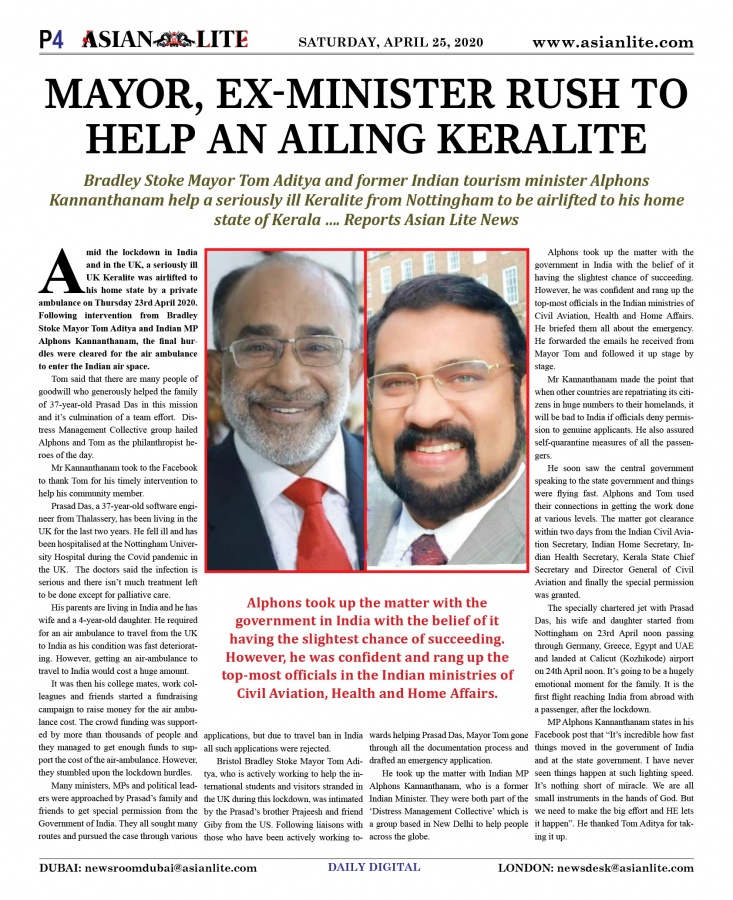 The specially chartered jet with Prasad Das, his wife and daughter started from Nottingham on 23rd April noon passing through Germany, Greece, Egypt and UAE and landed at Calicut (Kozhikode) airport on 24th April noon. It’s going to be a hugely emotional moment for the family. It is the first flight reaching India from abroad with a passenger, after the lockdown.

MP Alphons Kannanthanam states in his Facebook post that “It’s incredible how fast things moved in the government of India and at the state government. I have never seen things happen at such lighting speed. It’s nothing short of miracle. We are all small instruments in the hands of God. But we need to make the big effort and HE lets it happen”. He thanked Tom Aditya for taking it up.