Forty parliamentarians representing seven political parties have signed a joint letter coordinated by Claudia Webbe, Member of Parliament for Leicester East, which calls on the government to end the exploitation of garment workers in Leicester and across the UK.

The letter to Prime Minister Boris Johnson highlights longstanding instances of employer malpractice which have endangered workers during the coronavirus pandemic. The signatories express their dismay that the government has long been aware of worker exploitation in Leicester, which was highlighted as recently as 2019 via a House of Commons Environmental Audit Committee Report, yet have failed to act.

The letter goes on to urge the government to ensure that all employees, including undocumented workers and those with No Recourse to Public Funds, can afford to stay safe during the continued lockdown in Leicester.

“I am appalled that the government has neglected to act despite widespread and longstanding evidence of gross employer misconduct. There have been multiple reports over the past ten years of workers’ human rights abuses and for the last three years the government has had the recommendations of at least two select committees, detailing routine worker exploitation in the garment industry, yet they have ignored or rejected every single one of them.

“I have been approached by many constituents who have bravely shared their first hand experiences of exploitation. This includes employers seeking to avoid detection by pretending their factories are shut whilst workers file through back entrances; unwell employees being told to keep their symptoms secret from colleagues; false payslips which do not reflect real hours worked; being paid far less than the minimum wage and many more instances of cruel mistreatment. 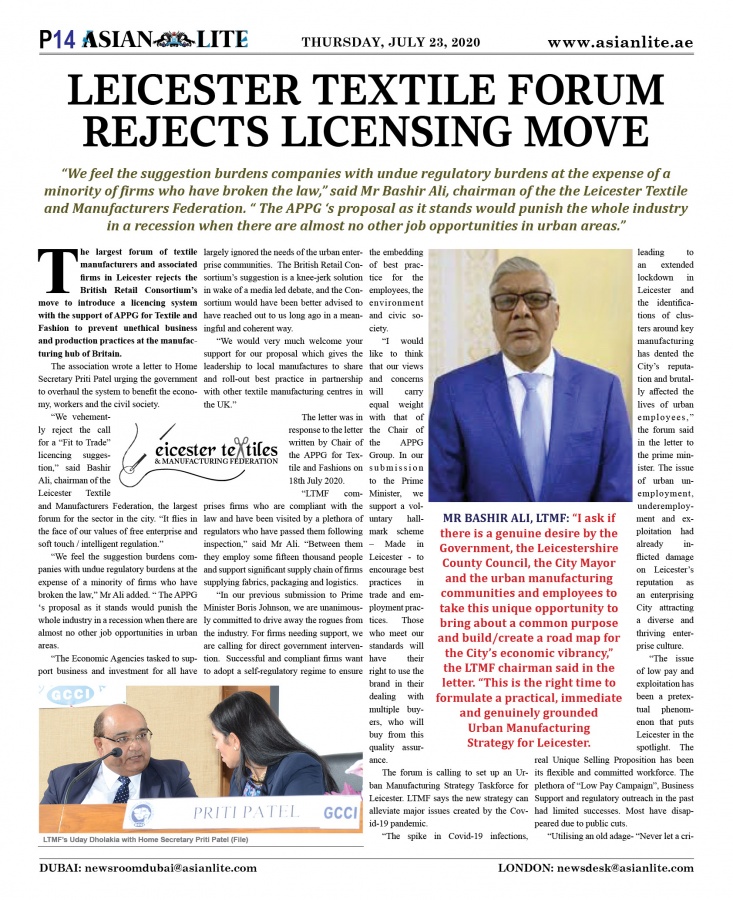 “It is appalling that the exploited labour of workers in Leicester East is helping to finance extravagant corporate salaries in the garment industry. This is a microcosm of the stark inequality that exists in our society and across the world, and is proof that the obscene wealth of billionaires is built on the exploitation of the working class.

“The government must create a safe space for workers to come forward and through collective action be compensated for lost earnings and holiday pay and call out such outrageous employer malpractice, reverse the severe funding cuts to the Health and Safety Executive, create a single ethical licensing scheme and extend protections to all migrant workers.

“We all have a responsibility to ensure the clothes we wear are not stained with human misery.”